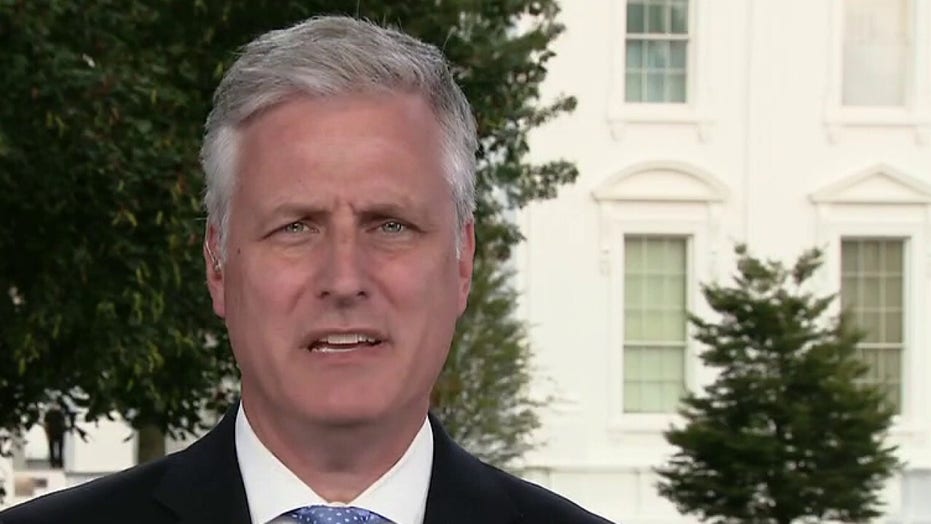 His first anniversary highlights a string of successes that he has helped President Donald J. Trump deliver for the American people. Their fruitful collaboration confirms Trump’s wisdom in tapping this attorney and veteran of at least 20 international arbitrations.

Bolton disappointed many conservatives who had admired his deep thoughts.

Alas, he ultimately detonated himself by repeatedly locking horns with the commander in chief, promoting his own views rather than arraying options for Trump, and attempting to sabotage the president in policy disputes, according to Politico, by “using the news media against him.” 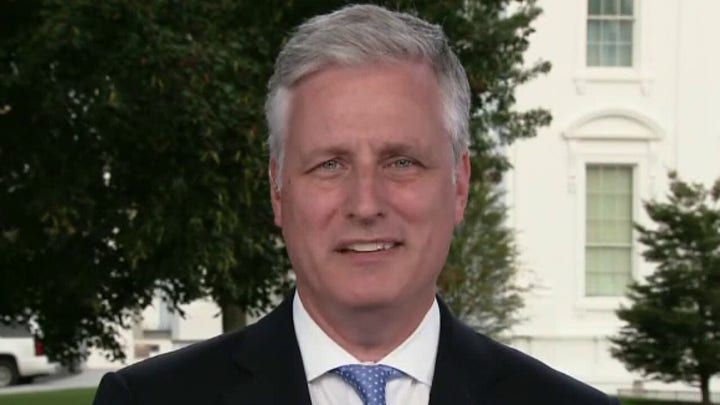 Trump slid O’Brien into Bolton’s smoldering shoes. “I have worked long & hard with Robert,” Trump announced via Twitter. “He will do a great job!”

Trump first directed O’Brien to tighten the NSC. Its staff had ballooned 128 percent, from 105 under Bush-Cheney to 240 under Obama-Biden. O’Brien has squeezed his roster from 180 professionals when he arrived and foresees 105 by late fall.

The newly svelte NSC stopped executing foreign-affairs operations. Instead, it resumed its traditional role: to objectively present the president choices and let him pick.

Under this framework, O’Brien and the NSC have supported President Trump as America’s international triumphs multiply:

•In a stirring ceremony on Tuesday, Trump and the leaders of Bahrain, Israel, and the United Arab Emirates signed the Abraham Accords. The peace agreement doubles from two to four the number of Arab nations that recognize the Jewish state. Israel’s UAE peace treaty was its first in 26 years. Bahrain followed, just 29 days later.

This breakthrough — whose impossibility was “a hard reality,” according to Obama-Biden’s Secretary of State John Kerry — inspired parliamentarians Magnus Jacobsson of Sweden and Christian Tybring-Gjedde of Norway to nominate President Trump for the Nobel Peace Prize.

The Norwegian legislator told Fox News: “For his merit, I think he has done more trying to create peace between nations than most other Peace Prize nominees.” 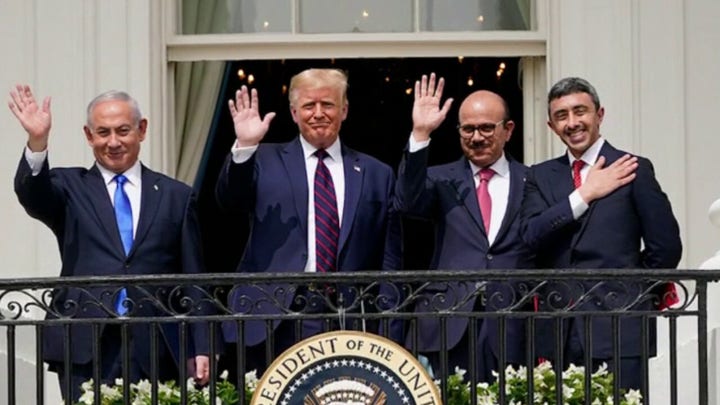 •O’Brien guided consultations that yielded an economic-cooperation accord between Kosovo and Serbia, including the latter’s recognition of Jerusalem as Israel’s capital. President Trump innovatively convinced the Kosovars and Serbs to build trade and travel ties first and address thornier political questions later.

•O’Brien’s discussions with Turkey and the Kurds last fall let President Trump announce a ceasefire between these ancient enemies and prevent the former’s liquidation of the latter.

•Thanks largely to O’Brien’s dialogue with Afghanistan, the president is withdrawing U.S. troops from that briar patch. Consequently, no American GI has been killed there since early February.

•O’Brien has helped President Trump collect $130 billion, so far, in additional military spending from America’s NATO allies. By insisting that NATO members honor their public commitments to contribute 2 percent or more of GDP to collective defense, at least nine European nations have pledged an aggregate $400 billion through 2024 to gird themselves against foreign, primarily Russian, aggression. “This is unprecedented progress, and it is making NATO stronger,” said NATO General Secretary Jens Stoltenberg. This further discredits Democrats’ hallucination that Trump is a Kremlin asset.

•Confirming that an NSC chief does more than negotiate, O’Brien assisted Trump with a key covert operation. Building on the president’s total eradication of the ISIS caliphate, which Obama-Biden let swell to the size of two New Jerseys, O’Brien coordinated U.S intelligence agencies and Special Forces to terminate ISIS founder Abu Bakr al-Baghdadi. Chased by an intrepid U.S. Army dog named Conan, Al Baghdadi ran away and blew himself to bits.

•As an original member of the President’s Corona Virus Task Force, O’Brien helped initiate the life-saving Chinese and European travel bans. He also followed Trump’s instructions and nudged private companies to manufacture 120,000 ventilators, up from 10,000 stockpiled in April. This light-speed production satisfied domestic demand and allowed America to share these crucial devices with allies. Ironically, O’Brien contracted COVID-19, endured mild symptoms, and returned to work after a fortnight.

"O'Brien has zeroed in on what I consider to be the overarching national security threat: the Chinese Communist Party," said John Lenczowski, former Director of European and Soviet Affairs in President Ronald Reagan's National Security Council. "O'Brien's comment that successive administrations' failure to discern the strategic intentions attending the rise of China was the biggest foreign policy failure since the 1930s is dramatically true -- and it was courageous of him to say it." Lenczowski, now president of Washington, D.C.'s Institute of World Politics added: "China is the 'main thing' -- and O'Brien understands this. Thank God!"

John Lehman, President Reagan’s Navy secretary, praised O’Brien’s “grasp of geopolitics and the proper missions for each of the armed services and his proper grasp of the importance of ‘soft power.’”

Lehman told me this about O’Brien’s relationship with Trump: “As an outsider, it appears to be working and much better than any of his predecessors.”

“The comparison is very apt,” Talent told me, “Robert set out to run the NSC, and to relate to the president, along the lines of the Scowcroft model.”

Talent added: “The president trusts Robert’s competence and integrity, and Robert is very enthusiastic about the president’s ‘peace through strength’ vision for national security. And again, it’s important that everyone on the administration team knows that Robert will be an honest traffic cop who ensures everyone has access to the president, and the president makes the final decisions.”

Given the commander in chief’s growing international wins, the American people should elect him to a second term, so he can continue to advance U.S. interests.

The author has known O’Brien since they both won college scholarships from the Washington Crossing Foundation in the early 1980s.