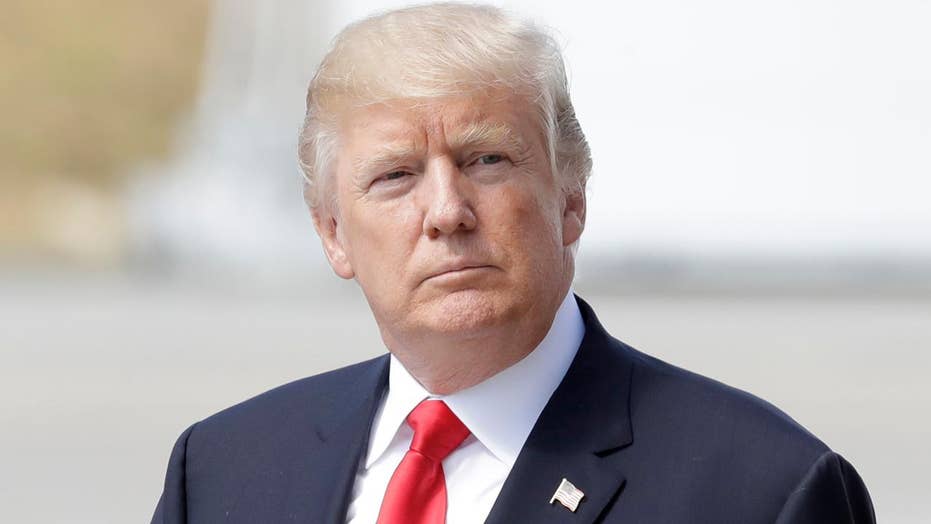 Trump at G-20: Will he or won't he confront Putin?

President Trump will greet an unfriendly crowd when he arrives at the G-20 summit in Hamburg, Germany, on Friday.

Since his Inauguration, President Trump has made few friends on the world’s stage. Most recently, leaders of the G-20 almost unanimously panned his decision to withdraw from the 2015 Paris Climate Accords.

If there has been any sign of improvement, it came just this very morning in the president’s speech in Poland. In a shift from many earlier statements, Trump auspiciously stated that “the fundamental question of our time is whether the West has the will to survive,” pressing the need for unity.

We should stop tiptoeing around the Russians and make it clear that Vladimir Putin poses an existential threat to the West.

The message of the Warsaw speech was long overdue. Trump explicitly endorsed Article Five of the NATO treaty. By reassuring our allies, Trump has taken the first critical step toward repositioning the United States as a global leader following the trend of global retreat that has plagued our alliances.

If President Trump and his defense team are serious about The president will also have a tremendous opportunity to further assert America’s leading position when he meets with Vladimir Putin on Friday. The president must stand up to the Russian president and demand that Russia leave Ukraine, Crimea, and Syria. The president must make it clear that President Putin must work with us as our ally rather than as our adversary.

Russia, they must make dramatic, far-reaching, and sustained efforts to counter Russia’s brazenness.

At a minimum, President Trump and U.S. defense leaders like Secretary Jim Mattis should call out Russia on its violations. The Trump administration must make it clear that Moscow’s attempts to present itself as a constructive partner in global stability are deeply flawed at the present time. We should stop tiptoeing around the Russians and make it clear that Vladimir Putin poses an existential threat to the West.

For instance, Russia and China have recently called on North Korea to freeze nuclear activity, and in return, they have called for the United States to stop defensive military exercises with South Korea.

This proposition is ridiculous, and Trump should make that clear. North Korea’s recent launch of its ICBM – a missile that can reach as far as Alaska – is only the latest in a string of aggressive policies from Pyongyang against the West. The president must be unequivocal with Putin that the West will not accept these acts of aggression, and will meet them in a unified way.

President Trump was right on track this morning -- we need strong values and determination to survive. A divided West will be no match for Vladimir Putin. Only a consistent, collective effort among our allies can put us ahead once again.