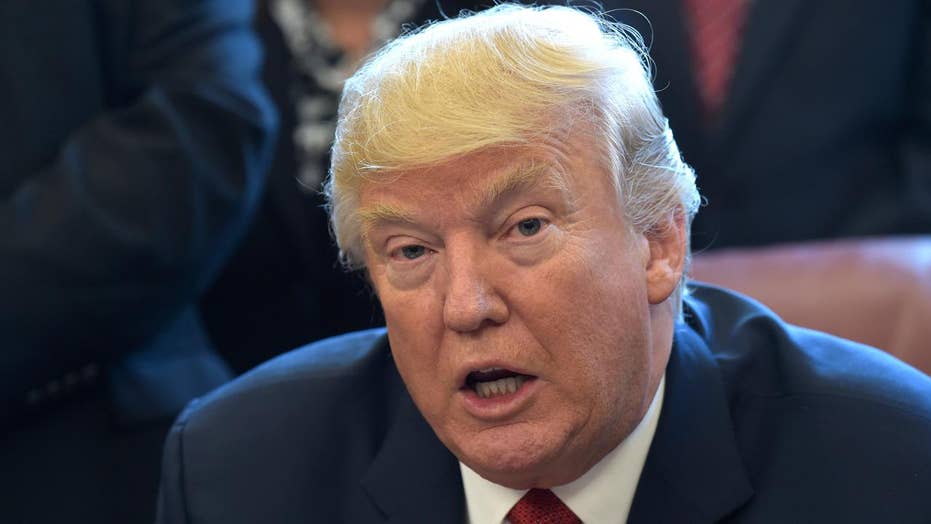 American industry has always been a primary source of strength and jobs in our nation. But today, a great industry that has played a vital role in building and defending the United States – the steel industry – is in crisis.

Surging steel imports, largely subsidized by foreign governments, have hammered prices, forced some steel mills to close, and cost thousands of steelworkers their jobs. Since 2000, more than 60,000 steelworkers have seen their jobs disappear, including 14,000 in 2015 and 2016 alone.

Unfortunately, the import surge continues to grow. Through the first eight months of this year, steel imports have increased by 21 percent compared to the same period last year. And in June, imports of finished steel matched the record level of 30 percent.

Foreign steel producers continue to find every way possible to circumvent trade laws and dump products in our market.

As a result, the U.S. steel industry is making less steel. Output is approximately 22 million tons lower than it was before the recession. While steel mills ideally should be running at above 85 percent of their capacity to maintain economic sustainability, capacity utilization rates since 2009 have been unsustainably low, fluctuating between approximately 70 and 75 percent.

But there is a solution to this crisis. In April, President Trump recognized both the importance of steel to U.S. national security and the crisis facing the industry. He announced that his administration would begin an investigation pursuant to Section 232 of the Trade Expansion Act of 1962. The law authorizes the secretary of Commerce to conduct investigations to determine what effects imports of any product have on U.S. national security.

Launching the investigation was an important signal that the Trump administration would not tolerate further erosion of the steel industry.

Unfortunately, the steel crisis has only deteriorated further since the investigation was announced. Given the expectations of swift, decisive action, steel imports have flooded the market to avoid the anticipated response. This has siphoned badly needed sales from domestic manufacturers and hurt American workers.

Despite the urgent need for action, reports now are that a decision on trade violations will be delayed until after Congress deals with tax reform.

The U.S. steel industry cannot afford to wait. This is President Trump’s decision; and congressional stalemate should not keep him from doing what’s best for U.S. national defense, economic security and tens of thousands of American steel workers. With each delay, the communities and workers that rely on paychecks, taxes and economic activity created by the steel industry suffer.

In a time of national crisis, the U.S. cannot afford to rely on foreign steel suppliers like China or Russia. National security begins with primary steelmaking. We need the president to act now.

Soon after our nation’s entry into World War II, President Franklin Delano Roosevelt told Congress: “Powerful enemies must be out-fought and out-produced.” His words are as true today as they were then.

To ensure a strong and prosperous America, we must be able to produce the steel that supports our military, our infrastructure and our communities across the country. Our national security and economic strength comes from making, building, and innovating right here in the United States. This is only possible with a healthy steel industry.

John Ferriola is the chairman, chief executive officer and President of Nucor Corp., a manufacturer of steel products.