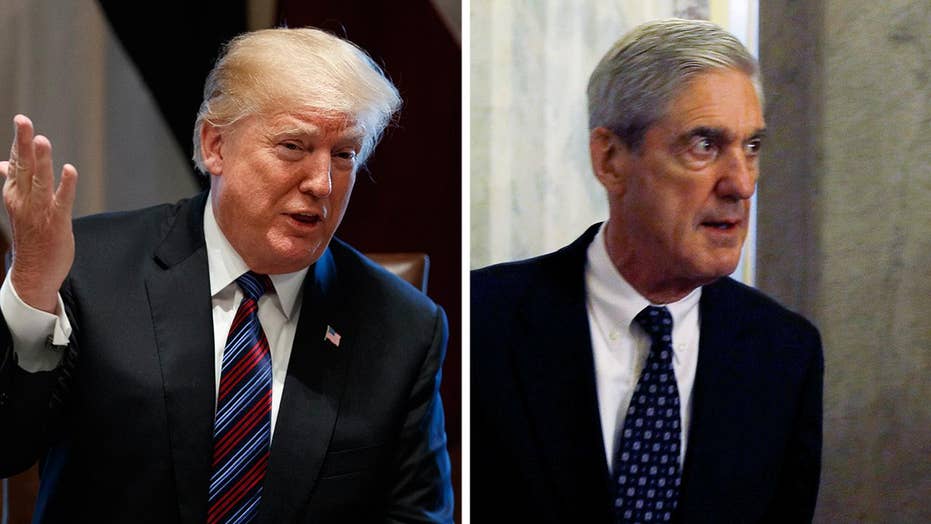 Report: Mueller says Trump is not a criminal target

The Washington Post reports the special counsel told Trump's legal team the president remains a subject of the Russian investigation.

It looks like the Department of Justice botched the May 17 appointment of Special Counsel Robert Mueller.

About three weeks ago, former Trump presidential campaign Chairman Paul Manafort asked a judge to dismiss Mueller’s indictment against him, arguing that Mueller overstepped his jurisdiction in the probe of Russian interference in the 2016 U.S. presidential election.

In response, the special counsel was recently forced to pony up a heavily redacted memo from Deputy Attorney General Rod Rosenstein blessing the investigation into Manafort’s work with Ukraine, which turned out to have been written on Aug. 2 – six days after the July 26 predawn, guns-drawn raid of Manafort’s home, and 10 weeks after Mueller’s appointment. Reportedly, Mueller’s team photographed Manafort’s suits during the raid.

The original memo authorizing Mueller’s appointment, signed by Rosenstein and dated May 17 last year, focused on Russia. It states:

“The Special Counsel is authorized to conduct the investigation confirmed by then-FBI Director James B. Comey in testimony before the House Permanent Select Committee on Intelligence on March 20, 2017, including:

i. any links and/or coordination between the Russian government and individuals associated with the campaign of President Donald Trump; and

ii. any matters that arose or may arise directly from the investigation; and

There is nothing about Ukraine.

The after-the-fact Rosenstein memo (that had been secret for months!) suggests, without any evidence, that the Ukrainian issue was part of Mueller’s original jurisdiction. Is there another secret document authorizing Mueller to investigate any and all foreign contacts by the Trump team?

But Mueller and Rosenstein did not do that. The special counsel raided Manafort’s home (as part of the investigation already underway) and then received authorization to investigate him! Mueller and company seem to be making up the rules as they go along.

Rosenstein’s August CYA memo demonstrates that when it comes to the Mueller operation, the Department of Justice is willing to throw the rule of law out the window.

Mueller isn’t supervised on a day-to-day basis by any Senate-confirmed or otherwise accountable official in the Justice Department. This has resulted in an uncontrolled investigation by a special counsel into who knows what.

All this helps explain why Mueller’s operation has been deep sea fishing in Ukraine, the United Arab Emirates and into the costs of Paul Manafort’s suits.