Is Kaepernick bad for business for Nike?

Truett McConnell University has decided to end its relationship Nike citing the company's decision to align itself with disgraced ex-NFL quarterback Colin Kaepernick.

The Christian university in Cleveland, Georgia announced Friday it will no longer purchase or sell Nike apparel. The university's athletic teams will also discontinue their relationship with the sports giant.

"Any profits from remaining Nike gear sold through our campus store will be directly donated to Wounded Warriors and the Fraternal Order of Police," university President Emir Caner said.

Nike has drawn national outrage after they named Kaepernick as the face of its "Just Do It" campaign. Kaepernick sparked a national movement to protest law enforcement by taking a knee during the national anthem. 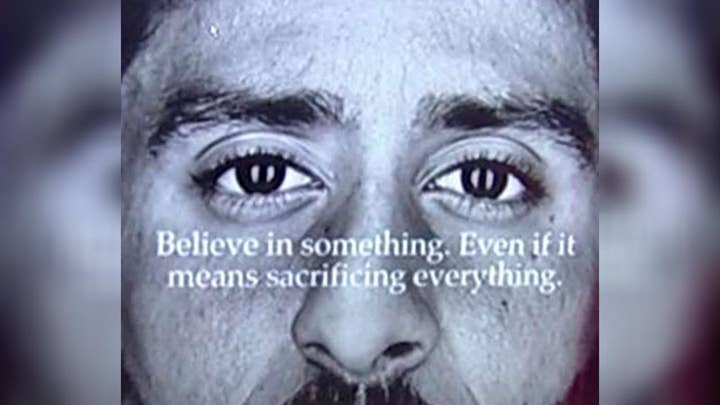 “We believe Colin is one of the most inspirational athletes of this generation, who has leveraged the power of sport to help move the world forward,” Nike spokesperson Gino Fisanotti told ESPN.

The ad features Kaepernick's face along with the words: "Believe in something, even if it means sacrificing everything."

Among those expressing outrage was President Trump – who said the Nike partnership with Kaepernick sent a "terrible message."

Caner said Truett McConnell University will not be associated with anyone who "mocks our troops."

“America has sacrificially given my family the freedoms we enjoy today,” Caner said. “My wife, who was raised under the oppression of socialistic communism, became a citizen five years ago, joyfully pledging allegiance to these United States and her flag.”

“For Nike to then hire Colin Kaepernick,” added Caner, “a person known for wearing pigs on his socks, mocking law enforcement, kneeling against our flag, and mocking our troops, is reprehensible to my family and to the Truett McConnell family.”

The university, which is affiliated with the Georgia Baptist Convention, is willing to reconsider its ban – but only if Nike makes serious concessions.

“If Nike chooses to apologize to our troops and to our law enforcement officers, then - and only then - will TMU reconsider their brand,” said President Caner. “In the meanwhile, let us honor true heroes, those who protect us daily, some even sacrificing their own lives. They are the true heroes.”