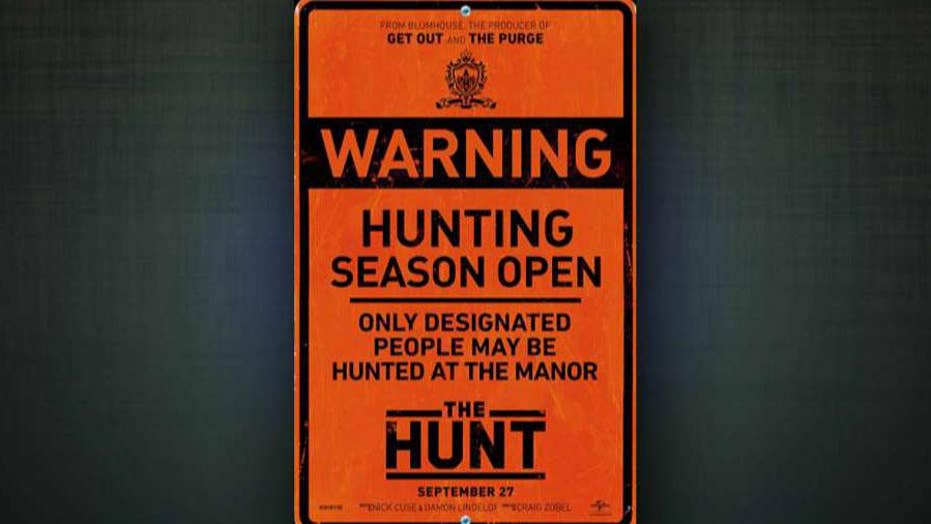 I have no doubt that the Hollywood elites hate President Trump and loathe his conservative supporters, who Hillary Clinton dismissively called “the Deplorables.” But the moguls who run the entertainment industry aren’t stupid. They hate empty seats at movie theaters even more.

And that’s why Universal Pictures announced Saturday that it has canceled plans to release “The Hunt,” a grotesque film that depicted elitists hunting and slaughtering supporters of President Trump.

“While Universal Pictures had already paused the marketing campaign for The Hunt, after thoughtful consideration, the studio has decided to cancel our plans to release the film,” a company spokesperson told Fox News in a prepared statement.

CLICK HERE TO PRE-ORDER TODD’S NEW BOOK: “CULTURE JIHAD: HOW TO STOP THE LEFT FROM KILLING A NATION.”

The decision came in no small part thanks to the gun-toting, Bible-clinging audience of my nationally syndicated radio program as well as my Fox Nation show, “Starnes Country.”

The Hollywood Reporter obtained an exclusive copy of the screenplay of “The Hunt” and noted that "red state" characters wore trucker hats, cowboy shirts and owned guns. The script also explains that one of the characters was stalked and hunted like prey for being pro-life.

"Did anyone see what our rat----er-in-chief just did?" one character asks in the script obtained by The Hollywood Reporter. Another responds: "At least The Hunt's coming up. Nothing better than going out to the Manor and slaughtering a dozen deplorables."

It's almost as if the screenplay was ripped from the pages of the Democratic Party's playbook. I would not be terribly surprised if a good many Democratic lawmakers were advisers to “The Hunt.”

President Barack Obama reminded his loyal fan base years ago that politics was something of a blood sport. If they bring a knife to the fight, we bring a gun. That's what he said.

And remember how Rep. Maxine Waters, D-Calif., told her supporters to "absolutely harass" Trump administration officials? Or most recently when a “peaceful” protester wished someone would stab Senate Majority Leader Mitch McConnell, R-Ky., in the heart?

“It’s disgusting,” Lara Trump, the president’s daughter-in-law and senior adviser to his reelection campaign, said on my radio show.  “I guess it speaks to how much the left hates Donald Trump.”

I have no doubt that Antifa, democratic socialists, Planned Parenthood and Rep. Waters would be thoroughly entertained by “The Hunt’s” over-the-top carnage. Knee-slapping fun.

However, millions of gun-toting, Bible-clinging Deplorables were clearly not amused at the idea of a movie that satirizes the bloody end of conservatism.

“It’s disgusting,” Lara Trump, the president’s daughter-in-law and senior adviser to his reelection campaign, said on my radio show. “I guess it speaks to how much the left hates Donald Trump.”

She also pointed out Hollywood’s hypocrisy and double-standard.

“If it were Trump supporters that were hunting down folks that were Democrat voters or Nancy Pelosi’s base … could you imagine the outrage and the uproar over something like this?” she asked.

Dozens of Deplorables called my nationally syndicated radio program to declare they would not be bullied or intimidated by the leftist mob.

“We’re not afraid of people that are going to threaten our way and life and our children and our families and our homes,” Mark from New Jersey said in a phone call. “The time has come for people to understand that they’ve probably underestimate the loyalty that we have for the president and things he has done that are so positive and that have affected us in a positive way. It’s time to put a foot down.”

I suspect Universal’s bean counters alerted the studio bigwigs that those Deplorables spend a lot of money on super-sized sodas and Milk Duds at the box office. And the last thing they needed was an all-out boycott.

And that’s why Universal Pictures pulled “The Hunt.” It wasn’t out of a sense of human decency. It was about the bottom line.

The Deplorables demonstrated that we can facilitate change without having to march in the streets or burn down city blocks.

We led the charge on my radio program and on “Starnes Country,” proving that when gun-toting, Bible-clinging patriots stand together we can accomplish great things.