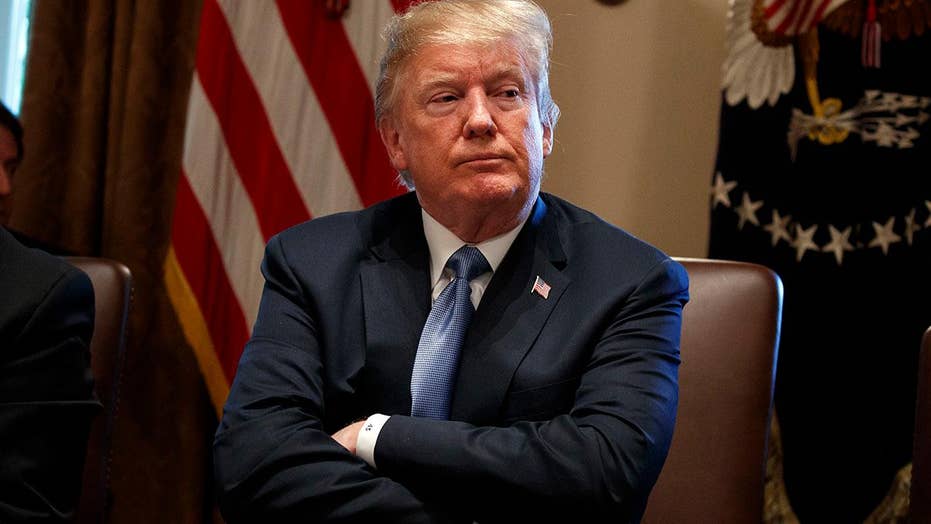 President continues to blame Democrats for the situation at the border; Kevin Corke reports from the White House.

Despite what you’ve heard, the wall President Trump wants to build along our border with Mexico will actually help people trying to come to the U.S. illegally. That’s because America’s cruel immigration system subjects many illegal border crossers to dangerously high risks of death, exploitation and sexual assault. So stopping more people from coming here illegally is actually in their best interest.

Both our country and immigrants would benefit if Democrats and Republicans reach a compromise on immigration legislation that provides funding for a wall to protect our southern border, but also increases legal immigration in order to win Democratic support.

Imagine that a charity wants to help Mexicans by giving them $10,000 each. But since the charity can’t afford to give all Mexicans the money, it instead says that to receive the award you must crawl across a field covered with scorpions and broken glass.

Most people don’t try to get the cash, while those who do end up with injuries so painful they almost outweigh the benefit of receiving the funds. Forcing people to suffer to get a prize destroys value. This charity would do a lot more good if it just selected a few families at random and gave them the money without requiring them to suffer.

Being able to live and work in America is a great prize. Our crazy immigration system makes it practically impossible for poor people without close family connections to legally immigrate to the United States. But illegal immigrants who get into America without being apprehended by authorities as they enter usually can live here as long as they want. Consequently, many are willing to pay a huge price to cross our border.

Illegal border crossers often pay “coyotes” (people smugglers) thousands of dollars. Since many undocumented immigrants often want to periodically visit their families back home, they may have to pay coyotes multiple times, eating into their American paychecks.

Many of the coyotes are children working for drug cartels. Cartels prefer children because they will be released by U.S. authorities if caught. Our immigration policy effectively funnels many Mexican youths into the cartels’ clutches. Providing the cartels with yet another source of money harms all Mexicans.

Some immigrants pay a price much dearer than pesos and die attempting to cross the border. And an investigation found that most of the women and girls from Central America who attempt to illegally cross from Mexico to the U.S. are raped.

Although rare, illegal immigrants can be made the virtual slaves of the traffickers who brought them. A Senate report explained that in one instance “traffickers repeatedly threatened the (illegal immigrant) victims and their families with physical harm, and even death, if they did not work or surrender their entire paychecks.”

The horrors many border crossers face are almost guaranteed by our immigration system, which basically consists of telling would-be immigrants: “We will put in just enough effort to stop you so that you will likely only succeed with the help of criminal gangs.”

The current liberal moral outrage over immigration has perverse concerns. Our system creates incentives for the rape, extortion, enslavement, and murder of immigrants – but somehow this doesn’t cause outrage, because the people doing these evil deeds are not American citizens.

Yet temporarily separating children from families – a practice also followed by the Obama administration – is considered horribly evil because the separation is directly done by people working for President Trump.

Why was there no outcry when the Obama administration did the same thing? As McClatchy – a respected news service without a partisan affiliation – reported Thursday: “President Barack Obama separated parents from their children at the border. Obama prosecuted mothers for coming to the United States illegally. He fast tracked deportations. And yes, he housed unaccompanied children in tent cities.”

Rather than having immigration-by-ordeal, we should build the wall to close off the path of illegally entering the United States by jumping the southern border. To get the support of Democrats for the wall, we should also let in more of the families who now attempt to become illegal immigrants by increasing the number of immigrants our country legally admits. These families would now get the prize of U.S. residence without having to pay the coyote toll.

James D. Miller is a professor of economics at Smith College and the host of the Future Strategist podcast. He is @JimDMiller on Twitter.