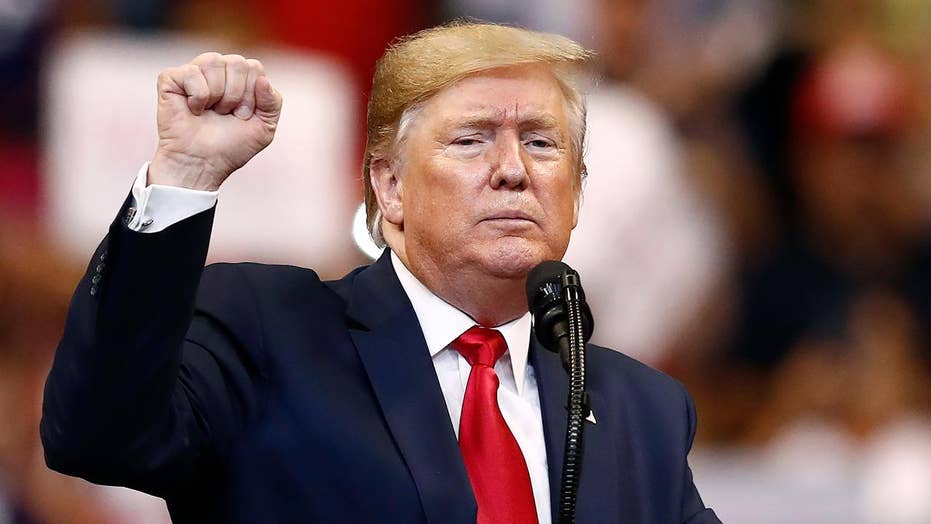 The controversy over Christianity Today’s editorial calling for President Trump’s removal from office has refocused attention on the role of religious leaders in politics.

There are a variety of opinions on how churches and pastors should engage in the political scene. If at all. Some pastors use their pulpits for driving specific agendas, parties and candidates. Others choose to stay out of the political arena.

Must religious organizations restrict their discussion of issues? No.

ELIZABETH PIPKO: AMERICAN JEWS ARE UNDER ATTACK – HOW MUCH WORSE WILL ANTI-SEMITISM GET?

“The political campaign intervention prohibition does not restrict discussions of issues that are not linked to support for or opposition to candidates,” The Pew Forum Report said. “That candidates may align themselves on one side or another of an issue does not restrict the ability of religious organizations to engage in discussions of that issue. That said, a religious organization may nonetheless violate the political campaign intervention prohibition if it communicates preferences for or against particular candidates as part of its issue discussions.”

Voice of Christian Liberties put it this way: “Pastors may speak from the pulpit to encourage the members of his congregation to become active in every aspect of the political process and to pray for elected officials as often as he chooses. The pastor may lead the congregation in praying for elections as long as the prayer is not a direct or indirect endorsement of any candidate or party.”

While churches have a legal right to discuss political matters, should we use pulpits as a political tool? We say no.

We must focus pulpits and church sermons on the spiritual growth of believers and not push partisan political agendas.

We are not saying there is no space for political discussion. But to use the church pulpit for advancing personal political views or promoting one party is sketchy.

This view is not popular. We can disagree. But let’s think about it.

Let’s use abortion as an example. All parties have a stand on the abortion issue. One party rejects abortion, and the other approves. But pastors teaching the scripture – training congregations to think biblically and not sway them politically – will give congregants the ability to arrive at their own decision.

Outside the pulpit, pastors have every right to protest and stand up for what they believe. Pastors are people too. It is also acceptable for them to support and stand against issues that are anti-scripture or morally wrong. But because of the influence they have over their congregation, it is best to share their views by the use of scripture, not their personal bias.

Here is how Christianity Today links the two:

What about the concern that a politically silent pulpit caters to the agenda of secularists?

The Barna Group spent four years studying religious liberty, politics and clergy members. The report it released earlier this year, “Faith Leadership in a Divided Culture,” asks important questions about Christian leaders and their role in an increasingly pluralistic society. Per the Barna study, the most common topics pastors feel simultaneously pressured and limited in speaking about include: LGBTQ+ issues, same-sex marriage, abortion, morality, and politics in general. For church leaders, weighing whether to speak on a political issue can be one difficult balancing act.

We believe it is unnecessary for pastors to foster partisanship on these issues. The Bible is very clear on most of them. Some agree with the scriptures and others disagree.

When Christians place politics above their Christianity, they position themselves in the wrong posture. It is acceptable to have strong political views. But when we express those views outside of the Christian temperament, we are doing more harm than  good.

Asserting our political views from our pulpits and expecting others to accept those views is intolerant. Yes, for all political parties. Believing we are right on an issue does not make us right. And to assert our political views above our Christian values is choosing the lesser over the greater.

The main purpose of the pulpit is to empower people in spiritual matters and to train them to think for themselves.