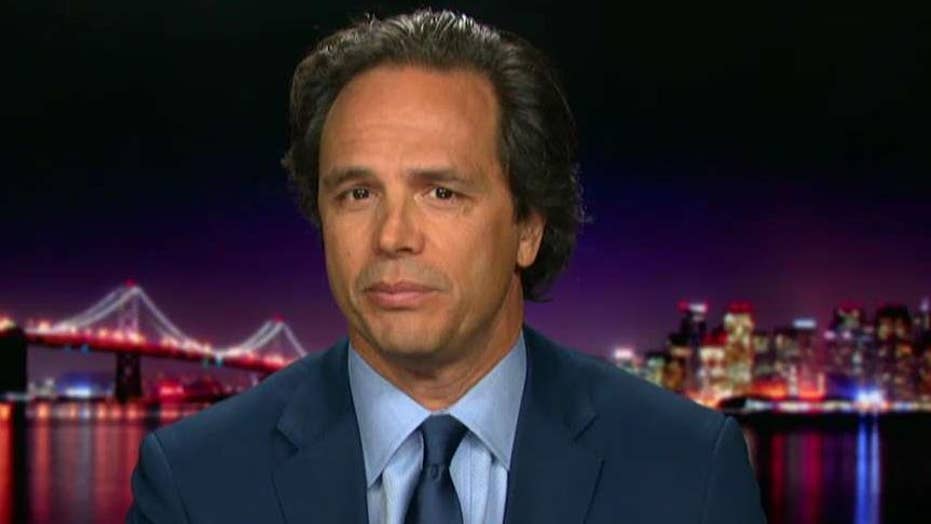 Someday, in some fantasy world, legislators and governors will be required to understand basic economics. In California, that day is nowhere in sight. With the passage of a bill designed to force untold thousands of independent contractors to reclassify as employees, California moves closer to the brink economic.

Many parts of California are really quite beautiful. As a longtime resident, the blue skies, great weather and unbeatable landscape, from the coast to the mountains, make it hard to contemplate ever leaving. The California Legislature, on the other hand, is compelling all but the rich and members of unions to leave.

California, of course, is beset with fiscal problems. As I have written elsewhere, California is unsustainable. California features one of the highest tax and regulatory burdens in America, if not the world. California has the highest income tax rate, one of the highest sales tax rates, and Democratic Gov. Gavin Newsom (who wants to be your president one day) wants to raise property taxes by taking away tax protections for business properties. If his measure passes, those taxes will be an added burden on businesses and consumers throughout the state.

TUCKER CARLSON: CALIFORNIA, ONCE A SYMBOL OF THE AMERICAN DREAM, NOW REPRESENTS EVERYTHING THAT'S WRONG

Of course, California is likely the most regulated state in the world. California’s global warming law, the most strict in the world, isn’t the only factor. Estimates suggests that it costs $800,000 to build a home in California equal to a $300,000 home in Texas. A good deal of those costs are a result of the California Environmental Quality Act and related litigation.

Beyond contributing to the housing crisis in the state, all those regulations are driving up energy costs. Combined with forcing utilities to pay for wildfire protections, renewable energy mandates are causing rate increases that exceed 6 percent in some cases.

It's little wonder California's middle class is being hollowed out. One recent headline reported, "Californians fed up with housing costs and taxes are fleeing state in big numbers." For years, that departing middle class has been replaced by those who are far more dependent on government programs, including those who come over the border illegally.

As if those problems aren’t bad enough, California also has more debt than any other state. Government pension debt alone likely exceeds $1 trillion, and combined state and local government debt surely exceeds $2 trillion. There is also infrastructure debt. Years ago, the Bay Area Council Economic Institute pegged “the cost of California’s unfunded infrastructure needs at up to $737 billion and possibly as much as $765 billion.”

It should be no surprise that businesses large and small are leaving the state. Why would they stick around to foot the tax bills for huge debts? It’s so bad that it wouldn't be surprising to see California Democrats seek to impose a personal and business wealth tax within the next decade.

You would think that California’s ruling Democratic Party might be concerned about keeping as many jobs as possible in the state. After all, jobs represent a critical tax base, and when people are working, they are far less likely to be on government assistance. Considering California represents just 16 percent of the country's population but boasts roughly 30 percent of America's welfare recipients, that is no minor concern.

Alas, that is not the case. The latest dagger driven employers' hearts is a law that, in large part, ends the use of independent contractors by employers and businesses. Simply stated, if a business wants to hire the services of an individual, and those services are part of the normal business of the employer — say, a tech company wants to hire a person who writes computer code — that person must be made an employee of the company.

According to Newsom, the new law "is an important step." He added, "The next step is creating pathways for more workers to form a union, collectively bargain to earn more and have a stronger voice at work."

It's too bad that during Newsom's charmed, elite upbringing, he had been taught simple economics.

You see, the more something costs, the less of it you get. It's why low-price cars outsell high-price cars, such as Ford over Bentley. It is called the "law of demand" in economics. That is why a rising minimum wage results in automation and a reduced number of those employed at that wage.

In California, it is estimated that the costs of an employee exceed the cost of an independent contractor by at least 30 percent. Imagine that if you are an employer. All of history and economics, not to mention just plain common sense, will tell you people are going to lose their jobs.

In other words, the real-world effect of the politicians will be exactly the opposite of what they “claim” to want. At least Newsom is honest enough to mention this new law is about unionization. Meanwhile, from higher energy costs to higher taxes and even more lost jobs, California is killing off more jobs and therefore its middle class.

On one last note, California is the land of Democratic House Speaker Nancy Pelosi and Democratic Sen. Kamala Harris. They want to run your country with the policies that California has in place now. Just think about that while you are "California dreaming."