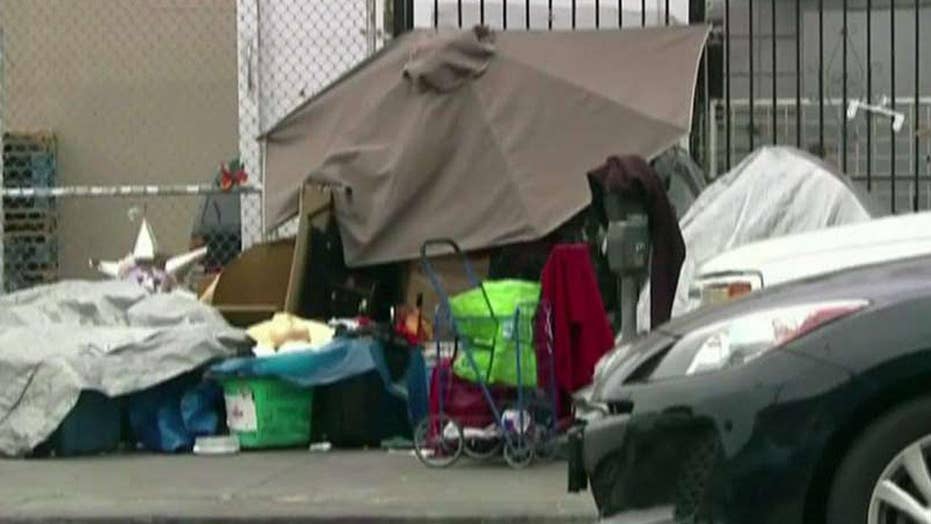 California imposes statewide rent control; is it a good idea?

President Trump, welcome to California. Don’t let the unloving and intolerant left fool ya, you are more than welcome here.

President Trump just fundraised here in California, specifically in Palo Alto, San Diego and down the road in Beverly Hills.

His victory fund expected to raise around $15 million from those fundraisers.

You know, those fundraisers whose attendees Hollywood liberals asked be made public in an effort to blacklist them from the industry.

Naturally, those on the left took time, during standard work hours, to taunt and protest his arrival.

I don’t quite understand the motive behind these protests. It’s almost like the self-proclaimed loving and tolerant left is unable to tolerate someone they don’t like being in the same zip code. Imagine that.

But if these lefties were honest with themselves, they would recognize how the liberals and liberal policies they keep voting for are destroying this beautiful state.

While aboard Air Force One en route to California, Trump told reporters what those of us who reside here already know all too well:

A whopping 47 percent of all unsheltered people in the nation are right here in California.

We have people living in our … best highways, our best streets, our best entrances to buildings ... where people in those buildings pay tremendous taxes, where they went to those locations because of the prestige.

In many cases, they came from other countries and they moved to Los Angeles or they moved to San Francisco because of the prestige of the city, and all of a sudden they have tents. Hundreds and hundreds of tents and people living at the entrance to their office building. And they want to leave. And the people of San Francisco are fed up, and the people of Los Angeles are fed up.

Yes, we are fed up! Trump doesn’t have to spend much time here or venture far off Air Force One to see the trash, feces, needles and tent cities all over what has become the new Hotel California.

The administration released a report on the problem, titled, "The State of Homelessness in America." It noted the shocking but real fact that a whopping 47 percent of all unsheltered people in the nation are right here in California.

While disgraced Los Angeles Mayor Eric Garcetti may think this problem is just “fodder for a cable news debate,” Californians know it’s a crisis that WILL NOT BE SOLVED by simply throwing more money at the problem.

My city of Los Angeles, alone, spent $619 MILLION on homelessness in 2018. Where has that money gotten us?

Get this: The city’s $77 million shelter expansion plan has produced just two facilities with room for 147 people.

I am glad the Trump administration is addressing this issue at the national level. Lord knows California’s Democratic leaders are sure as heck not going to fix it.

The people of California — even the liberals who won’t admit it — deserve better than this.

Those are my First Thoughts. From Los Angeles, the city of angels and homelessness, God bless and take care.