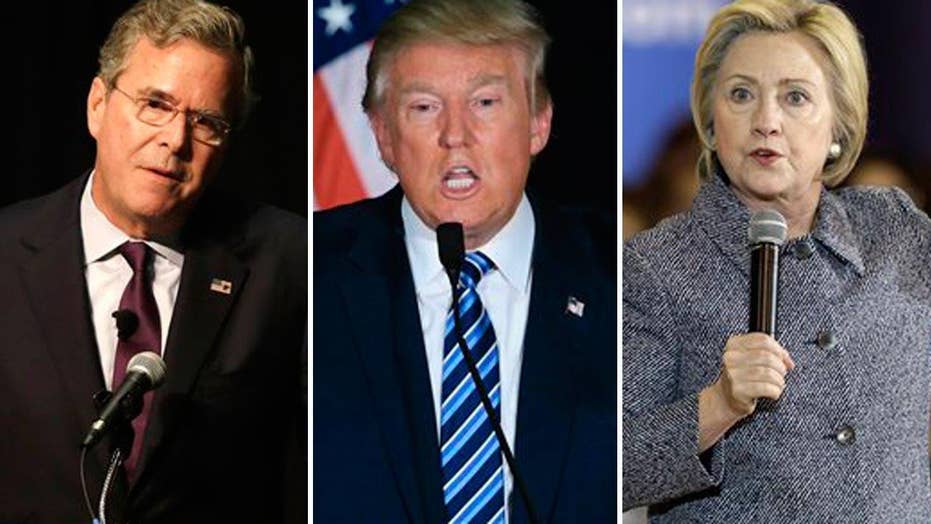 In the past four months, at LuntzGlobal we’ve polled and focus grouped more than 1100 supporters of Donald Trump. What they’ve said, what they believe, and what they’ll ultimately do will fascinate you.

Instead of starting at the beginning, let’s start at the end: November 2016.

In fact, in our most recent Trump focus group a few weeks ago, three quarters of his supporters said that in a general election match-up against her, he is the strongest, most electable candidate in the Republican field.

National polls show a different outcome. According to RealClearPolitics, in 38 head-to-head match-ups going back to May, Trump has led Clinton in exactly three polls. Compare that to Marco Rubio, who has beaten Clinton in seven out of the last eight head-to-head polls.

His supporters are fully aware of – and will justify or defend – every negative you can throw at him.  From donating to Democrats and supporting single-payer healthcare to once advocating for a path to citizenship for illegal immigrants and mocking the appearance of candidates and reporters alike.

The flip flops on issues are evolving positions. The insults are entertainment. The outrageous language is for strategic shock value.

Think of it. Of all the controversial statements he’s made . . . from Carly Fiorina’s “face” to “bombing the s--- out of ISIS” to Mexican “rapists,” the only things – and I literally mean the only things – that gave pause to the supporters we’ve talked with were disparaging John McCain’s war record and appearing to mock a reporter with a physical disability.

But the other statements? One focus group participant put it succinctly, “The things that are bad aren't bad enough.”

The bottom line is, when his supporters hear all the negatives, his support doesn’t go down. It actually goes UP.

Whenever he’s attacked . . . by the media, by other candidates, by talking heads on TV . . . his supporters are more likely to vote for him. And that defies one of the cardinal rules of politics: Negative attacks work.

Not with Trump.  At least so far.

Because he’s channeling their simmering rage and resentment for politicians . . . for politics as usual . . . for the mainstream media . . . and especially for President Obama.

His supporters believe – passionately – that the president is the personal embodiment of what’s wrong in America.  And it’s more than just opposing his policies. The president himself has failed America because he doesn’t value America – he doesn’t respect what it was founded upon and opposes the freedom and virtues it represents.

That’s why they are so desperate for a president to show strength and sincerity, courage and conviction . . . to make America great again.  They believe that America’s best days are yet to come – if Donald Trump is president.

In less than 30 days, voters will finally begin to have their say whether that happens or not.

David Merritt has been an advisor to three Republican presidential campaigns.  He is currently managing director at Luntz Global Partners, the communications firm led by pollster and Fox News contributor Frank Luntz.