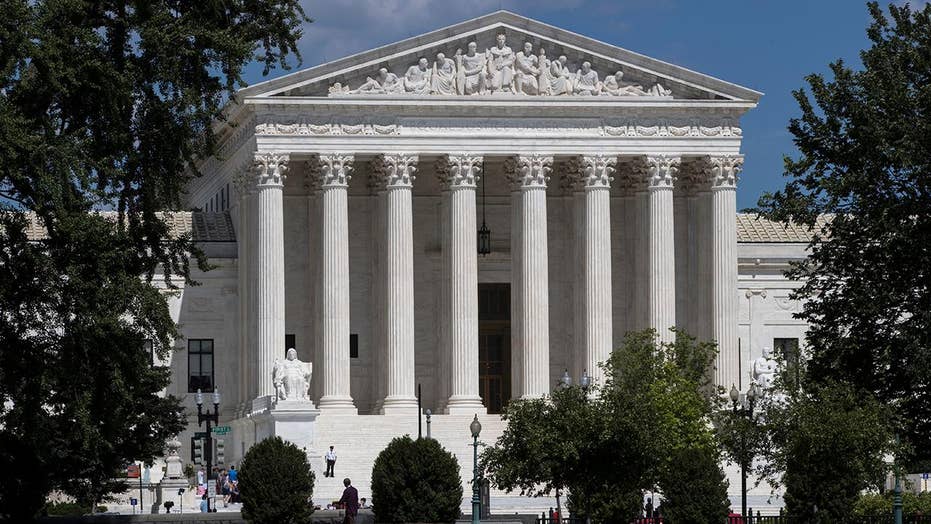 President Trump's Supreme Court kicks off the new term with a dramatic docket; Shannon Bream has the details on 'Special Report.'

The Supreme Court heard arguments on Tuesday in Gill v. Whitford, a gerrymandering case which many say will be the most important opinion of the term. The Republican-run Wisconsin legislature, it’s claimed, created a redistricting plan so partisan that it guarantees their party stays in power even when they don’t get a majority of the vote.

The Supreme Court has been here before. In Vieth v. Jubelirer (2004) they declared that since there was no workable standard to resolve the issue, courts should stay out of the business of fixing alleged partisan gerrymandering.

However, the 5-4 opinion included a concurrence by Justice Kennedy declaring perhaps a proper standard could be developed. Which is why court watchers are paying close attention to Kennedy this time around — it’s likely his vote will decide the case.

The problem is, even when gerrymandering seems obvious, how can you be sure?  And how would you fix it?

The point is, there is no obvious system that best gives the people correct representation. It’s a judgment call, and different groups will likely disagree on what’s the fairest way to determine districts. Which is an excellent argument for the courts to leave it alone.

Just because elected officials don’t perfectly reflect the affiliations of all voters doesn’t settle the issue. For one thing, because some groups tend to be geographically concentrated — particularly African-Americans, who vote overwhelmingly Democratic — certain districts strongly favor one party, potentially leaving more districts to vote in the other direction, if at a lower level.

Also, in creating districts, a legislature might want to draw odd-shaped lines so that people within them have common concerns, allowing their elected officials to do a better job representing them.

But even if the court gets beyond all that, there’s a bigger question -- does gerrymandering even work?

It may seem gerrymandering can give a party control of the legislature, but what sort of results does that guarantee?

Which is better for Democrats? They might assume getting two out of five districts is better than getting none, but is it? With districts either completely red or blue, both parties could grow strongly polarized, presumably picking more extreme right or left wing candidates. In practice, this could mean the legislators wouldn’t compromise and the GOP would win an endless series of three to two votes.

But if each district were 60 percent GOP to 40 percent Democrat, you’d likely get more moderate Republicans, who might be willing to compromise and give Democrats some of what they want. There might even be some Democrats elected—moderates, probably, who could take enough of the Republican vote to go over the top.

The point is, there is no obvious system that best gives the people correct representation. It’s a judgment call, and different groups will likely disagree on what’s the fairest way to determine districts.

Which is an excellent argument for the courts to leave it alone. Mapping districts is down-and-dirty work, with no definitive metric for success. Getting the judicial system involved could mean countless challenges any time either party is unhappy with election results, not to mention a heightened perception that the courts are partisan.

Not that leaving it to the states would be the end of it. If the public believes the system is unfair or corrupt — and growing numbers in both parties feel this way — they can put pressure on legislatures to create commissions that will come up with reasonably neutral systems to draw districts.

As with many political problems, there is no simple solution. But that very fact should make one hope the courts stay out of it.