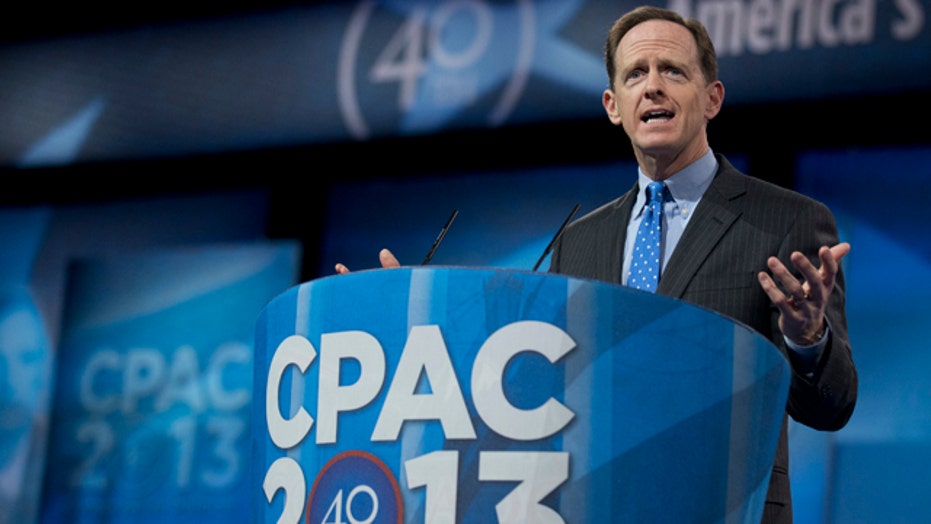 What if the contest over the future of the GOP is not between Tea Party ideologues and moderate establishment-types?

I raised this very possibility in a FoxNews.com piece last December.

I was inspired to write the piece after reading that Former House Republican Leader Dick Armey was paid over $8 Million to leave his position as head of the Tea Party Group, “FreedomWorks.”

After Republicans lost the White House as well as seats in the House and Senate in the 2012 elections, Bill Kristol, editor of the Weekly Standard, wrote that the bad candidate selection and badly run campaigns reminded him of Eric Hoffer's remark that "Every great cause begins as a movement, becomes a business and eventually degenerates into a racket." Kristol added "It may be that major parts of American conservatism have become such a racket that a kind of 're-founding' of the movement as a cause is necessary."

Back in 2009, New York Times columnist David Brooks wrote a similar lament: “Some days the Republican Party seems to be going crazy. Its public image is often shaped by people who appear to have gone into government because they saw it as a steppingstone to talk radio.”

This week CPAC (officially the Conservative Political Action Conference) will feature a panel entitled, "Should We Shoot All the Consultants Now?"

“I am unalterably opposed to a bunch of billionaires financing a boss to pick candidates in 50 states,” Gingrich recently wrote in a newsletter from Gingrich Productions. The letter was also featured on the website of the conservative magazine Human Events.

Gingrich is aiming his fire at Rove’s decision, in the aftermath of the Republican losses in 2012, to shift the focus of his American Crossroads Super PAC to support for moderate conservative candidates who he feels can win general elections. Several Tea Party candidates who won GOP primary races last year --- and raised a lot of money for their consultants -- proved to be losing candidates in races the GOP was favored to win but lost.

Rove, talking recently with Fox New’s Sean Hannity, also took a shot at his fellow GOP consultants: “We do have a problem on the right; we have too many organizations that are run by consultants who are more concerned with their fees and profits than they are with advancing the cause.”

This leaves a big question for debate at CPAC: How does the GOP deal with candidates and consultants who are just in politics for the money?

The bonanza of consulting fees may be the reason that last year’s field of candidates for the GOP presidential nomination looked more like auditions for host of a right wing radio talk show.

The process featured simplistic slogans -- “You Didn’t Build That” -- and calls for “self-deportation” of immigrants on top of endless smears of President Obama. Those performances did not improve Republican chances to win the White House but they did raise a lot of money that fattened consultants’ wallets.

The competition among GOP consultants is also likely the reason that the party has not been able to coalesce around a single leader since President George W. Bush left Washington in 2009.
Perhaps the reason for the party’s inability to regroup is that too many of its leaders are distracted by “consultants” looking for a payday, not a leader.