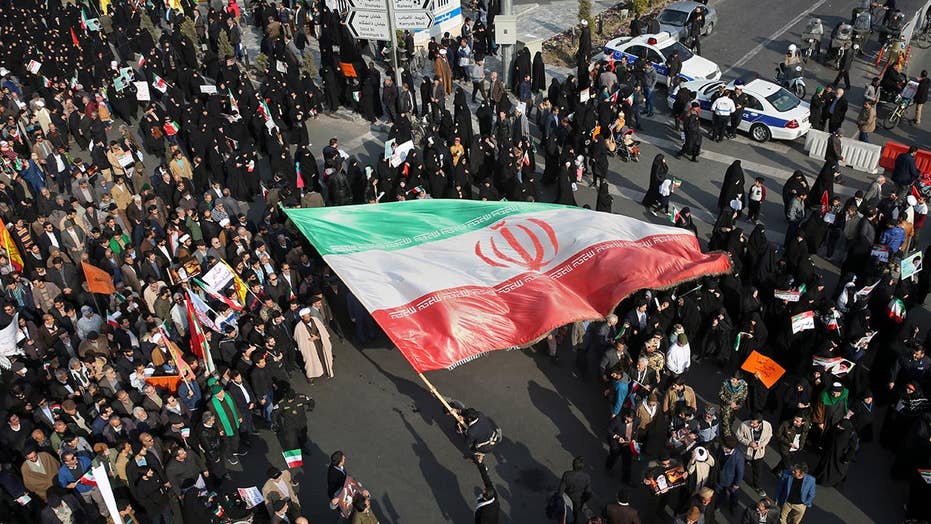 Could protests give Trump an advantage on Iran nuclear deal?

By any stretch of the imagination, the most pro-American people in the Middle East – other than Israelis – are Iranians. This is despite the fact that Iran’s Islamist dictatorship makes hatred of America the foundation of its foreign policy and seeks to indoctrinate the population with anti-American feelings from an early age.

Young Iranians are generally well-educated and more modern and moderate than their parents’ generation. They have grown frustrated by the political and economic constraints that have kept them from achieving success, and by Islamic fundamentalism that places so many restrictions on their lives.

University students in Tehran and protesters in more than 80 cities around the country who have been staging demonstrations for a week are risking their lives by defying President Hassan Rouhani and the mullah leadership, including Supreme Leader Ayatollah Ali Khamenei.

Students are particularly upset by the funding of wars in Yemen and Syria, saying the funds spent on those military campaigns should be used at home. Demonstrators in one city chanted: “People are living like beggars, the Leader is behaving like God.”

Rouhani, acting as the good cop in a “good cop, bad cop” scenario, has said “the state should allow more space for criticism.” However, he has criticized “the violent nature” of the protests.

In 2009 many opponents of the regime took to the streets in mass demonstrations across Iran. Thousands were arrested and dozens killed. But the Obama administration never provided even emotional support for the dissidents – with U.S. officials saying they feared this would interfere with negotiations to stop Iran from developing nuclear weapons. Many of the protesters were crestfallen as the demonstrations weakened and ultimately dissipated.

What seems to distinguish today’s demonstrators from those in 2009 is that there appears to be demographic representation across the board – old and young, as well as people from different socioeconomic classes in an alliance.

Khamenei has blamed the protests on a foreign conspiracy. On Thursday, Iran’s prosecutor general, Mohammad Jafar Montazeri claimed – without offering evidence – that a CIA official sparked the protests, with intelligence support from Israel and financial support from Saudi Arabia. The CIA declined comment on the claim and the Trump administration has denied involvement in the protests.

Looking at the situation dispassionately, one could only wish for a CIA that has political fangs and the ability to institute regime change. That could still happen, with minorities in Iran generally opposed to the Shia central government.

Clearly, the prospect of major bloodshed at the hands of the state looms large. Iranian protestors are not sent to some country club prison like Bernie Madoff. For the dissidents, imprisonment under harsh conditions or death are real threats.

At least 21 anti-government protesters have died in the past week and the State Department reported Thursday that at least 1,000 Iranians have been arrested.

As most observers have noted, the protests have been stunning in their ferocity and geographic reach. But they also appear to be a national outcry dealing with both economic and political conditions. At the moment, the protests are leaderless and certainly no challenge to Khamenei and his loyal and ruthless troops. But that could change.

President Trump has made it clear he is sympathetic to the demonstrators.  “Along with human rights, the wealth of Iran is being looted. Time for a change,” he tweeted. This is a remarkable departure from the position of the Obama administration. President Trump ended his tweet with the ominous statement: “We are watching!”

What the president can actually do at this point is unclear, but he has made it abundantly clear his government stands with the protestors in the streets.

It is, of course unknown if President Trump’s support will boost the spirit of the protesters or whether it will be used by Iranian hardliners as evidence that foreign powers are behind the disruption.

In 2009 marchers chanted: “Obama, Obama either you are with us or you are with them.” So far the crowds have not called for President Trump’s support. Many protesters are skeptical over his refusal to recertify the nuclear deal and his travel ban on Iranians entering the United States, and consider his pro-demonstration comments as political opportunism.

It is too early to make any firm judgements on how much change – if any – the latest round of protests will bring to Iran, or how much longer the protests will continue.

One thing is certain: the Saudi and Egyptian governments are studying the situation carefully. Should the Iranian government fall, they will see the future with rose-colored glasses as new opportunities for cooperation will emerge and a putative rival will have been defeated.