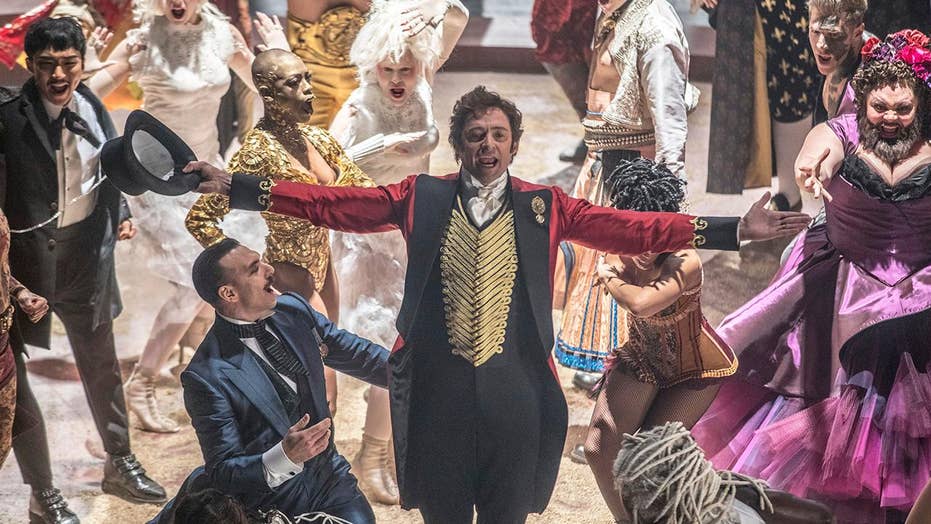 In the Foxlight: Hugh Jackman talks 'The Greatest Showman'

Michael Tammero sits down with the star of the movie musical.

Other than the brave men and women who put their lives on the line to protect us all, there are few people I admire more than those who cast aside conventional wisdom and the never-ending discouragement of naysayers to follow their passion into the creative arts.

These are individuals – young, old, and in-between – representing every subset of humanity who courageously choose to defy the astronomical odds stacked against them and pursue their dreams to become singers, actors, painters, writers, musicians, sculptors, photographers, fashion designers and work in other creative fields.

These gifted individuals make all of our often tough and troubled lives infinitely better with the gifts they bestow upon our senses.

Conversely, one of the occupations I least admire is that of critic. Whether they criticize film, television, art, music, writing, fashion or other creative fields, I look upon these people as folks who often did not have the talent to make it in the fields they criticize. But they often have the power to render meaningless, the blood, sweat and tears of those who dared to defy the odds, dared to dream and dared to believe in themselves.

The latest and most glaring example of this is the negative and even nasty reviews for a movie that has become one of the most meaningful word-of-mouth hits of all time – “The Greatest Showman.”  The musical, released in late December, is based on the life of P.T. Barnum (1810-1891), who created the Barnum & Bailey Circus.

Despite being panned by many critics, “The Greatest Showman,” is a smash hit with audiences – grossing more than $415 million worldwide as of Friday, after costing $84 million to make.

Many moviegoers say they absolutely loved the film and its messages of persistence, inclusion and love. They spread the word and the movie attracted huge audiences.

Precisely because of all of the negative reviews, my wife and I had listed “The Greatest Showman” as a “maybe.” Then people we trusted told us that if we only saw one movie this year, we had to see this one.

We did and were deeply touched by the film’s multiple positive messages.

“The Greatest Showman” has literally lifted moviegoers from their seats as they rise to cheer and applaud a movie that speaks directly to them.

Directly to almost everyone.

For almost two hours, “The Greatest Showman” lifts the human spirit as it creates the possibilities of hope, acceptance and escape, while planting the seed to dream. That’s an accomplishment far greater than some little gold statue given away at an awards show.

And yet, many film critics still gave “The Greatest Showman” bad reviews. Sadly, the mindset of some critics has always been: “I am better, wiser, and much more cultured than the unwashed masses and I will interpret and explain that which their ignorant little minds could not possibly comprehend.”

Ironically, in the film “The Greatest Showman,” a critic is featured who exhibits exactly that flawed and snobbish thinking. Could that be why some critics went after the film, in a twisted attempt to protect their own?

Maybe the time has come to create a website dedicated only to critiquing the opinions of critics. I suspect it would be quite popular with the millions finding comfort in the lyrics from the hit song “This is Me” from “The Greatest Showman” soundtrack, including the line: “Won’t let them break me down to dust … I make no apologies. This is me.”