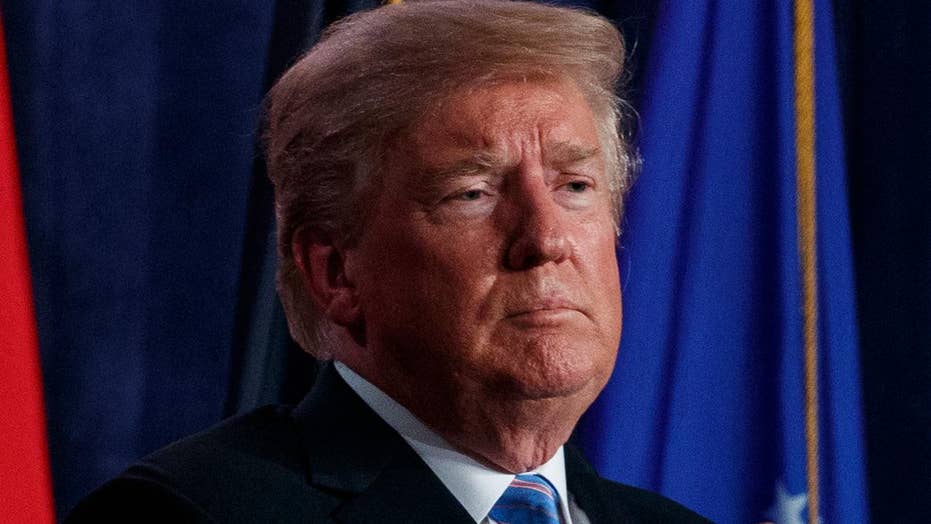 If President Trump’s next nominee to the Supreme Court to replace retiring Justice Anthony Kennedy is anything like Justice Neil Gorsuch – the president’s first nominee – America will be getting another great justice.

President Trump is scheduled to announce his nominee Monday. The announcement should solidify conservative support for the president – making the already-marginalized Never Trump faction of the Republican Party irrelevant.

For many conservatives, an important reason they voted for Donald Trump was because they believed he would nominate a solidly conservative justice to the Supreme Court.

Exit polls in that last presidential election showed 1 out of 5 voters cited the Supreme Court as “the most important factor” in deciding their vote – and 57 percent of these voters said they cast their ballots for candidate Trump.

We didn’t have a crystal ball, or any kind of political record to predict what President Trump would do. But we had his word and a list of potential Supreme Court nominees he said he would pick from.

Many of us took a chance that Trump wasn’t selling us down the river – and he didn’t disappoint. As one of his first acts as president, he gave us Neil Gorsuch.

Yet now there are still professed conservatives opposing a Trump presidency, even to the point where they’re openly hoping for Democrats to win control of Congress in the November midterm elections.

The irony is that these self-proclaimed "principled conservatives” can relate more to the far-left liberal crowd with their “resist movement” than to the conservative base they claim to want to protect.

These are the practical results of conservative principles when put into action. Not to mention that President Trump has pulled the U.S. out of the Paris climate accords and out of the Iran nuclear deal.

Let’s also not forget that one year ago North Korea was firing missiles over Japan, testing atomic bombs and threatening the United States. Today, prospects for peace and security along the Pacific Rim are real, because this president – unlike his predecessors in both parties – took a different approach.

Does anyone doubt if any of the other candidates in the pool of Republican presidential contenders had been elected – and had this much success in this short amount of time – these same Never Trumpers would be working for the president rather than against him?

Yet the “conservative” resistance continues against the man delivering all the conservative results, and their whining grows staler by the minute.

With every promise President Trump keeps to conservatives who took a chance on him, the background noise from the GOP Never Trumpers sounds increasingly muffled – as it should, because the Never Trumpers are like ostriches with their heads buried beneath the ground.

The longer the Never Trumpers choose to dig their heels in and refuse to acknowledge that President Trump is making good on everything he said he’d do, the more credibility they lose.

We’ve heard the Trump haters in the GOP say they don’t like him because he’s – take your pick – not conservative enough (which is utter nonsense at this point); not a politician; or not “presidential” enough.

Perhaps these Never Trumpers are plagued with short-term memories, because some previous Republican nominees could hardly be considered conservative or, in some cases, presidential.

President Trump is unconventional, for sure – and that’s exactly why the American people elected him. He is an outside-the-box, entrepreneurial politician who shakes up business as usual –and delivers results.

If President Trump is re-elected, it’s likely he could have a third – and maybe even a fourth – Supreme Court seat to fill. Conservatives saw this in 2016 when they went to the polls, and that’s why many voted based on this issue and didn’t hesitate to cast ballots for Trump. They knew what was at stake.

Following his nomination to the Supreme Court, Neil Gorsuch said: “A judge who likes every outcome he reaches is very likely a bad judge, stretching for results he prefers, rather than those the law demands.”

This kind of deference to the rule of law and the Constitution is exactly what conservatives were hoping for in a Supreme Court nominee when they voted for President Trump. Conservatives want justices who fairly apply the law and don’t make it up from the bench, and who protect our freedoms.

The Constitution is not a list of suggestions. Justice Gorsuch understands that. As the names that have been floated as potential Supreme Court nominees seem to indicate, President Trump appears to understand that as well.

If those 57 percent “Supreme Court issue” voters had chosen to jump on the Never Trump bandwagon within the GOP, simply because they didn’t like the guy, we’d be looking at a Supreme Court being stacked with judicial activists who’d chip away at our freedom by rewriting the Constitution into whatever suits their political whims.

If the GOP Never Trump crowd truly wants to stand up for conservative principles they should stand with the president. He’s standing with us.