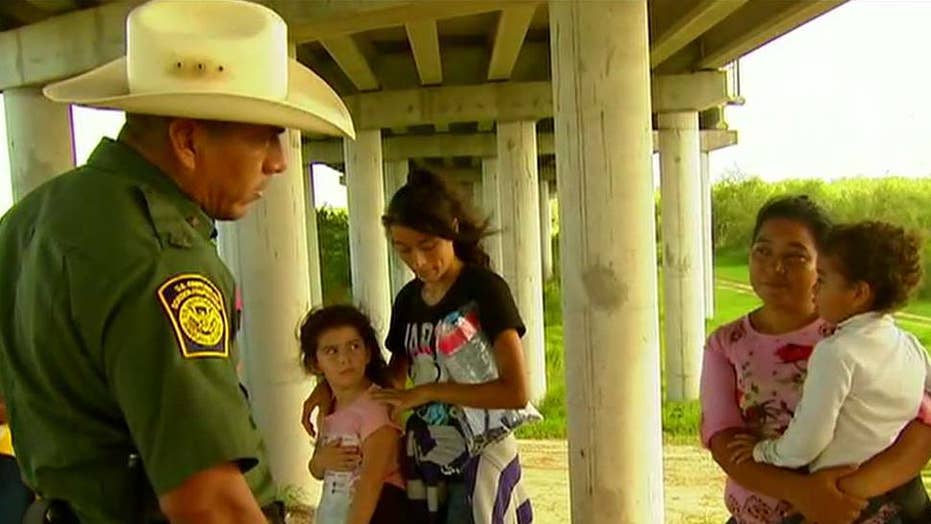 Protesters are calling for the immediate reunification of families at the border. Bryan Llenas has the story.

As a mother of two young children, my heart cries out when I see what is taking place at our southern border, specifically children who are being separated from their parents through no fault of their own.

As a mother, I cannot imagine the pain their mothers’ hearts must be suffering at this present moment.  I doubt most Americans know the words to adequately express such anguish.

As a mother, I’ve tried desperately to understand what is taking place.  I have often tried to envision a scenario so horrible that I would feel like I have no choice but to take my chances to get onto American soil.  I’ve tried to imagine a situation so staggering that would cause me to release my little ones into the care of complete strangers, to be smuggled into the U.S., knowing the odds of me seeing them again is remote?

Honestly, I have yet to imagine such a world.  Most Americans can’t.  I don’t believe we have the vocabulary to express the depth of pain, despair, hopelessness, lack and confusion that these people’s lives must be like in their home country.

And as I try to understand all of this, I am left with two primary thoughts:

First is the kind of extreme misery these people must be fleeing. I grew up very impoverished.  When my grandmother would ask me to help her in the garden, I thought she just wanted to spend quality time with me.  I never knew it was for our survival.  But it was.

As calls are being made that we take a hard stance against North Korea and their horrific human rights violations, some of that spotlight should also shine upon Latin American countries who apparently give parents no other option but to flee their homeland and end up at our borders.

Yet, the poverty many Americans have lived through – and are living through still – doesn’t begin to scratch the surface of what these people must be trying to flee.  The aching poverty, the sexual violence, the kidnapping, rising violence and oftentimes a complicit government in gang-ridden communities is overbearing – so much so that they believe they have no other option but to take their chances at our borders.

Second, as I consider all that these people have endured and their dreams and hopes for something better in life – I’m left with the lingering thought that Americans are Dreamers too.

My friend and Angel mom, Sabine Durden, had some of those same dreams for her son Dominic, who tragically lost his life when a repeat criminal illegal collided with his motorcycle.

All of this leads me to believe it is time we start to have some really difficult conversations in this country.  I believe those conversations must surround three thoughts:

Yes, I care about illegal immigrant children.  But, not at the exclusion of my own children.  Facts do matter. According to Maryann Mendoza, founder of Advocates for Victims of Illegal Alien Crime, who lost her son to an illegal who hit him in a head-on collision, roughly 4,300 American citizens are killed by illegal immigrants every year.  This matters to me. And newly released data from the Department of Homeland Security shows that 13 percent of DACA recipients have previous arrests, while roughly 55 percent of all approved DACA requestors had more than one arrest.

Yes, I care about the welfare of the children detained at U.S. Customs and Border Protection facilities.  But, what about our own citizens?  What about the growing epidemic of homeless children?  What about the myriad of issues that plagues our inner cities – high crime, poor schools, and low unemployment?  What about our country’s debilitating opioid crisis?  What about the devastating effect of MS-13 on our communities?  How many of these issues have been exacerbated by open borders?

Yes, I care about the lives of these young people.  But, what about the desolation they are fleeing?  This crisis we are seeing at our southern borders is not a problem President Trump created.  It is a problem that preceded him.  It is the problem of the countries these people are fleeing.

We need to take a hard look at the human rights violations in countries like Mexico, El Salvador, Guatemala, Honduras and other Latin American countries.  As calls are being made that we take a hard stance against North Korea and their horrific human rights violations, some of that spotlight should also shine upon Latin American countries who apparently give parents no other option but to flee their homeland and end up at our borders.

Immigration is a complex web.  There are no clear solutions.  There are no answers that will render us neutral.  Nevertheless, we must start this conversation and we must do so by making informed, clear-eyed decisions.   It’s time we grow up and think like adults. Our future depends on it.

Kathy Barnette is a conservative political commentator and Army veteran who is homeschooling her two children. Follow her on Twitter @Kathy4Truth.