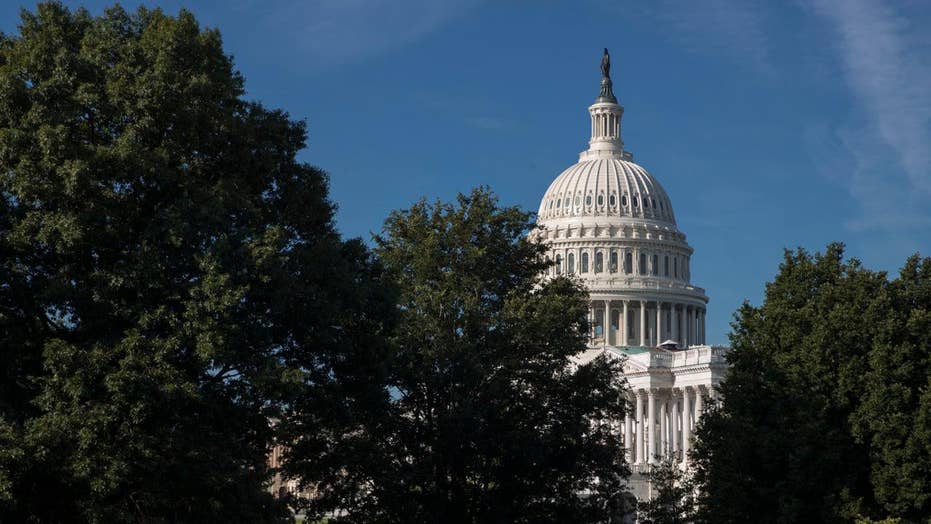 Trump's allies are pointing out that nobody in D.C. has been very helpful implementing the president's agenda; Peter Doocy has the story for 'Special Report'

Democrats have made drug prices a pillar of their “Better Deal” for the American people. But as has become routine of the party’s leadership under Chuck Schumer and Nancy Pelosi, their plan gets both the drug pricing problem and the relevant solutions wrong. As health care legislation struggles in Congress, we shouldn’t let Democrats take our focus from the reforms that will benefit Americans.

Public perceptions of drug prices are highly skewed. Today close to 90 percent of all retail medicines in the U.S. are generics, and America has the lowest cost generics in the developed world. According to Quintiles/IMS, an industry consultant that tracks drug prices and rebates, net price growth for branded drugs last year was just 3.5 percent, with total out of pocket costs across all brands and generic medicines falling for the past four years, down to an average of $8.47.

But while it is true that average out of pocket costs for patients are falling, an increasing number of patients with high deductible plans, or traditional plans with multiple “tier” medicines (higher tiers have higher patient cost sharing), are seeing higher out of pocket costs. Patients with high deductible plans can find themselves paying the full list price of their medicines, and 14 percent of branded drug prescriptions purchased through deductibles accounted for nearly 40 percent of all total branded drug out of pocket costs in these plans.  Patients with these types of plans are two-and-a-half times as likely to abandon their medicine in the face of “sticker shock” from the list price.  When these medicines are for cancer, arthritis, asthma, or diabetes, not only do patients suffer, but society will pay more in the long run from worsened health, more hospitalizations and emergency room visits.

For Democrats, this is a call for price controls by one name or another. Their plan is to name, shame, and fine drug companies that charge prices above what they find acceptable, and to require prior notification for significant price hikes.  They want to import drugs from Canada, or have a government drug czar negotiate prices.

About 27 percent of people find paying for their drugs difficult. But the real solution is not penalizing an entire industry; it’s finding smarter ways to make drugs cheaper for people who are struggling.

But here’s the problem. American drug companies are world-class innovators. Not only do we produce cutting edge medicines for Americans here at home, cures developed here are distributed at steep discounts to poorer countries around the globe.

If we fail to provide companies and investors with a reward for the risks and costs they take bringing valuable medicines to market—the Tufts Center for the Study of Drug Development puts the cost of a successful drug at $2.6 billion—fewer of these cures will reach patients, and more patients will suffer and die sooner as a result.

As a doctor and a three-time cancer survivor myself, I’m worried about patients and families not being able to afford their deductibles or co-insurance for life-saving medicines. About 27 percent of people find paying for their drugs difficult. But the real solution is not penalizing an entire industry; it’s finding smarter ways to make drugs cheaper for people who are struggling.

The solution is simple, and even better for patients: to bring down drug prices even more, we need to develop more cures, faster, at less total risk and cost. And we need more high tech tools for matching patients with the medicines (generic or branded) that are more likely to cure them, or keep them healthier longer.

Some steps are already underway in the new administration, and others could easily be taken.

FDA Commissioner Scott Gottlieb has begun several important regulatory reforms, including making the rapid approval of more inexpensive, high quality generic drugs one of his top priorities.  After multiple generics are approved, prices fall by 80 percent.  That’s a win for patients today and tomorrow: affordable generic drugs not only keep medicines accessible, they also free up money in the health care system to pay for the next generation of medicines when they come to market. The FDA is already on track to approve a record breaking number of generics this year.

Commissioner Gottlieb is also focused on using new technologies and tools to help evaluate medicines’ safety and efficacy faster and more efficiently than ever before, including using existing data—like how cancer patients respond to standard treatments for, say, prostate cancer—to create “virtual control arms” that can be compared to the performance of new drugs.  This will speed development times, and lower costs.  Using large databases on medicines’ effects on gene expression, we can also repurpose older medicines that have already been approved by the FDA for new uses – giving patients new treatment options, and spurring additional competition.

Finally, the federal government should expand on initiatives under the Bush and Obama administration and get true pricing transparency in the health care markets. When prices are transparent, entrepreneurs like Medefy in my home state of Oklahoma can save employers hundreds of thousands of dollars every month by identifying the best providers and sending consumers to them. Providers, in turn, will compete for consumers, including through smarter pay-for-performance contracts with drug companies, who can share in the rewards of providing best-in-class outcomes.

Rather than viewing medicines in the silo of drug costs, we need to view them through the lens of total costs and outcomes.  There, medicines are often our most cost-effective treatment strategy.

America can and must continue to be the world’s most indispensable innovator, but we need to ensure that market-based competition is working as effectively as possible to drive better outcomes and lower costs.  That starts with accelerating the pace of innovation, and then driving competition among providers to reduce waste, inefficiency, and costs.

After all, the biggest expense we face isn’t the price of the pill; it’s the sickness and the death from untreated or poorly treated disease. Getting needed, affordable and innovative cures into the hands of patients should continue to be a top priority.

That’s the best deal possible for the American people.

Dr. Tom Coburn is the Nick Ohnell Fellow at the Manhattan Institute and a former two-term U.S. Senator from Oklahoma.