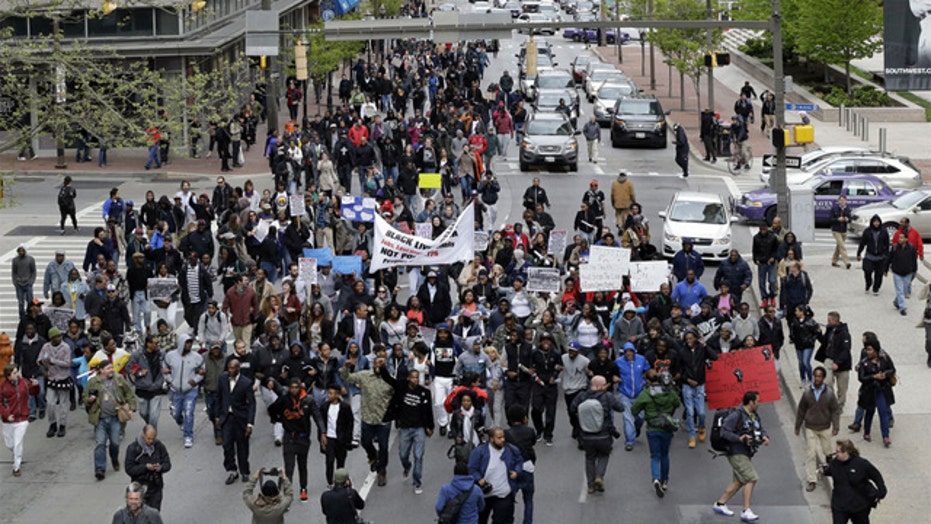 How to bring Baltimore back from the brink

When I walked into work the morning after the riots erupted in Baltimore, I couldn’t believe what I saw on the screens in the newsroom. The place where I learned to drive, met my first boyfriend, started a non-profit organization and made the memories that will last a lifetime was going up in flames. I heard protesters being called thugs, savages and even animals who had no self-respect or dignity.

It literally hit home, because I am a product of America’s concrete jungle, the city of Baltimore.

My mother grew up in the housing projects of Cherry Hill and went on to become a first generation college graduate. My dad – well, he was a country boy/sharecropping high school dropout who moved to Baltimore, got a GED and started his first unsuccessful business there after marrying his hazel-eyed dream girl, my mother. My parents tried to make it work, but their marriage ended when I was 8. Their divorce resulted in my older brother and me becoming instant statistics: young, black, confused children of a single parent growing up in a drug-infested inner city. Thankfully, through her tireless work at Baltimore City Recreation and Parks, my mother exposed us to experiences outside of “the hood.”

Now don’t get me wrong. We didn’t have it the worst. I have friends who don’t know their parents, or who had parents who were addicted to drugs, or – even worse – parents who made them sell drugs. I have friends whose only family income was public assistance. According to America’s rulebook, I was no different from any of them. But somehow my brother and I are two of the 4 percent who actually make it out of poverty in Baltimore. I’m one out of the FOUR out of one hundred whose children won’t die poor.

Every poor kid growing up in Baltimore knows the odds are stacked against her. Over the last 20 years I’ve watched politicians – with their own agendas and developers in their pockets – come into my hometown and suck the life out of communities that were once thriving, leaving 16,000 vacant properties and 14,000 empty lots.

I’ve sat on advisory boards and watched in amazement as members tried to rename the largest historically black school in the city – my alma mater – with the inadvertent result of erasing years of pride and integrity from an entire community.

I’ve returned, heartbroken, to the streets of Edmonson and Payson, Preston and Broadway, North and ‘Long’wood, wondering: Where’s the life? Where’s the hope? Where’s the history? Where’s the spirit of the Baltimore that taught me how to survive, by any means necessary?

Sadly, Baltimore was in flames well before the riots. Freddie Gray was just the straw that broke the camel’s back.

Needing to see it all for myself, I went to Baltimore last weekend with fear in my heart. But what I discovered was quite different from what I had been hearing and reading.

I saw community activists banding together with the Bloods, the Crips and the Black Guerilla Family – notorious gangs in the city – calling for a truce and an end to black-on-black crime. I attended a prayer rally where Methodists, Baptists, Buddhists, Jews and Catholics joined hands in prayer with whites, blacks … all ethnicities, singing hymns, seeking justice and encouraging residents to register to vote.

I saw strong, educated, cultured black men leading their sons and daughters and those lost in the world in peaceful marches, discussing the pain, hurt, fears and the hope that still resides in the hearts of Charm City residents.

I interviewed the Rev. Jamaal Bryant, the man who delivered Freddie Gray’s eulogy, and he said, “... something great is getting ready to happen, starting fresh and anew.” His sentiment of hope resonated deep within my spirit, so deep that I began to ask … how?

How do we fix the hopelessness, the despair, the fear, the anger, the distrust? How do we, as a community, rebuild and revitalize a city that has been in distress for decades?

“People feel the disinvestment and neglect are intentional. Those in power are going to have to do more than throw money at the problems. They must create a plan that engages, educates, feeds, nurtures and protects the people.”

For me, creating that plan is simple.

We must bring industry back to Baltimore, where one third of the labor force was in manufacturing in 1970, but where those jobs are practically nonexistent today.

Our houses of worship and clergy must continue to be a united front, rallying for the proper treatment and equal opportunities of city residents.

We must push for the creation of affordable housing initiatives and restore hope by demolishing the enormous stock of dilapidated and abandoned homes that create aesthetic and psychological urban decay.

We must hold city and state officials accountable for their massive deficits, misappropriated funds and substandard curriculums that have left children yearning for the only weapon of social and economic empowerment they have access to – a quality education.

We must take this national spotlight and expose improper policing tactics across the nation that have left cities like Baltimore with more than 300 lawsuits over police misconduct, resulting in $5.7 million in settlements and legal fees for the city – in just under four years.

I challenge the poverty-stricken people across this nation, not just Baltimoreans, to hold your elected officials accountable. Don’t vote based on popularity or party affiliation; vote for people who have your best interests at heart.

Baltimore is more than just crab cakes, the Inner Harbor, the birthplace of Billie Holiday and the first black-owned shipyard in the U.S. It is my home. It’s where I learned to read; where I got my first job; where I dreamed of becoming a journalist. It’s the place that pushed me to want to be great, a place of inspiration and innovation that can and will set the standard for how to rebuild and revitalize urban America.

A t-shirt I saw at a rally on Saturday summed it up best. It read, “Baltimore, you have to be the change that you want to see."

What a powerful message. Your voice and/or your silence will determine if and how we can change “the 4 percent.”

Mayor Stephanie Rawlings-Blake said, “If we are going to have real healing and real recovery in our city, we don’t have time to waste.”

To that, I must agree.

Crystal Berger is Affiliates Coordinator/Producer for FOX News Radio and a graduate of the Ailes Apprentice program.