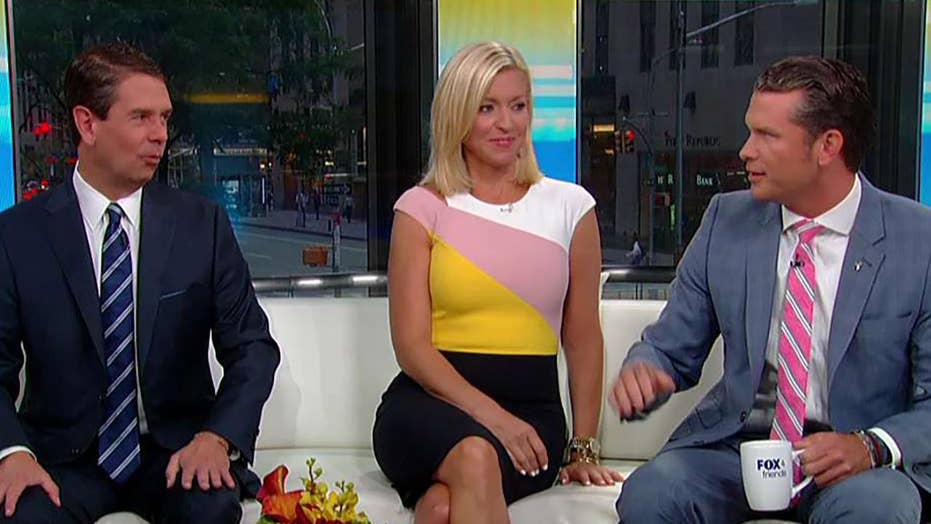 Back to school is big business, with Americans spending an estimated $60 billion on the latest technology, clothes, books and other items as school resumes. Just about everyone peddling a product is capitalizing on this lucrative period, including those selling political ideologies.

Scholarly pursuits aren’t paramount on this “back to school” list. For example, there was no mention of studying physics to calculate the newtons in a thrust or the amps in a current. This knowledge makes quotidian realities like airplanes and electricity seem less like magic and more like science. Not “consensus” science. Actual science.

PAUL BATURA: BACK-TO-SCHOOL: HOW A STRANGE, WONDERFUL TEACHER CHANGED THE COURSE OF MY LIFE

What are rare-earth elements? Are they essential to green technology? Can we mine enough to meet the mandates of the Green New Deal?

A solid history curriculum fosters intelligent discussion of the justice aspect of Teen Vogue’s desired activism. Here’s an example: extreme poverty has decreased worldwide from 40 percent in 1980 to 8 percent currently. Why?

Here’s another: The Industrial Revolution was a catalyst to increased human rights, workers’ rights, and women’s rights: discuss.

How can Teen Vogue encourage green activism without the requisite knowledge?

Green activism isn’t about physics, earth science or history. It’s about politics, sure, but most of all it is a big business. Billions of dollars in grants are awarded to climate change studies and activists.

Big business needs customers, so ensuring the next generation is obsessed with climate change is smart marketing. But if Teen Vogue really believed in climate change, it would be honest with its audience and lay out real “direct action” plans. Problem is, these actions are not going to be popular with young people.

For example, recycling may feel good, but facts prove it wastes energy and money, and does nothing for the planet. Here’s more: straws are only 4 percent of our plastic waste, and less than 1 percent of ocean pollution comes from America. Plastic straw bans, like recycling, are ineffective, even though these actions may feel morally satisfying.

If Teen Vogue wants readers to lower their emissions, the magazine should call on them to stop streaming videos. Sites like Netflix and Amazon Prime use more energy per household than two refrigerators. Also, readers should cancel all gaming sites (which 72 percent of teens frequent) and music platforms. Sorry kids, it’s for the planet.

Here’s more: electric scooters aren’t green, and in fact, they are worse for the environment than cars. Know what else is terrible for the planet? Pets.

Good luck selling that message: love the Earth, get rid of your pet.

Unlike cutting class or harassing teachers, the actions I’ve outlined logically result from the junk science that is the foundation of the current climate change movement.

So, if you don’t do any of them, does that mean you don’t believe? No worries, neither do climate change activists. Last December 30,000 green activists flew to a conference in Poland. Next year 30,000 more will fly to Scotland. All to demand action on climate change.

I’ll cut my footprint when you cut yours.

These hypocrites don’t champion actions that stem from their beliefs. That’s too hard, so Teen Vogue calls for school boycotts. Ask teens which they would rather do to save the Earth: stop streaming Netflix or walk out of class?

We know the answer, and it’s not very brave. But as the current de facto leader on green activism, Rep. Alexandria Ocasio-Cortez,  D-N.Y., once said: it’s better to be morally right than factually correct.

We must hope that despite the prevalent liberal activism encouraging nonsensical “back to school” activism there are still young people who will study physics, earth science, and history. Educated in the richness of real facts and truths, these teens will find all they need to make the world a truly better place.