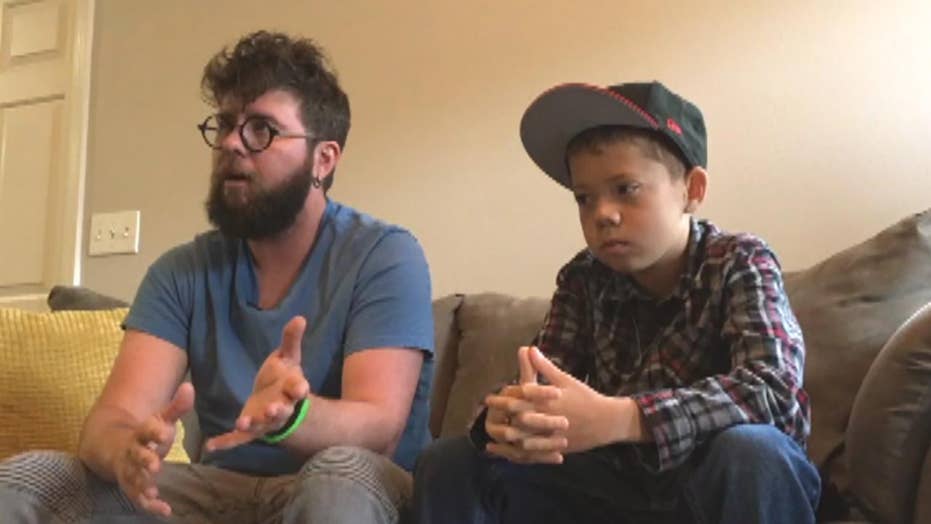 To the dismay of most children and the delight of many parents, students are headed back to the classroom this month and next, an annual rite of seasonal transition.

I always met the beginning of the new school year with mixed emotion. Summer represented everything I loved, including the pace and freedom of warm, carefree days. But there was also something comforting, familiar and even exciting about the rhythm of returning to school, meeting up with old and new friends and climbing the academic ladder.

“Back to School” displays have been in stores since late June, an obscene gesture courtesy of the retail gods. Each time I see them, my mind wanders back to my elementary and high school years. Back then, we didn’t buy our supplies in a mega store or from Amazon, of course. Howie’s candy store on Merrick Road in Baldwin on Long Island had everything you needed, from pens and pencils to loose leaf paper, Elmer’s Glue and those trusty Trapper Keeper binders.

RICK MCDANIEL: I WANTED TO BE FIRST TO SEE SUNRISE IN AMERICA — THEN THIS HAPPENED

But my memories of school go well beyond the simple supplies we bought each September.  Instead, I tend to park on the many teachers I had over the years, including my first one in kindergarten (Mrs. Laventrosser) and my first teacher crush in the 3rd grade (Mrs. Campbell) — and the dozens in between, including Sisters Rosemary, Maria and the dignified Mrs. Pesce, who at one time wore white gloves in the classroom — “because that’s what a lady does.”  All of these great people touched my life in ways big and small.

It’s impossible to overstate the value of a good teacher in a child’s life — individuals who awaken enthusiasm, unlock passions and unleash hidden gifts — all for minimal pay, no less.

Yet there’s one teacher who stands taller than all the rest for me. His name is Russ Josephs, our elementary school gym teacher.

As a kid, “Mr. Russ” as we called him back then, always struck me as a strange man. “Eccentric,” my mother would counter, smiling as she spoke. “He’s just wonderfully eccentric.”

Russ and Nancy Josephs (with Riley, Will and Alex Batura)

In his late 20s, “Mr. Russ” drove a dilapidated 1974 blue Ford Pinto. The floorboards were rotted out and at red lights you could see him tapping his foot on the pavement, keeping beat with the music on the radio. He had a white hobby horse strapped to the roof, and he had taped a message on the back window: “Warning! Exploding Gas Tank!” — a wry nod to Ford’s infamous engineering malfunction.

We all loved Mr. Russ. In a school staffed primarily by clergy, he stood out in more ways than one. His physical education and health classes were great fun and he was constantly cracking jokes. He once convinced us that he had a wife and three kids — but we later found out the pictures he was showing as proof had come with his new wallet.

But Russ Josephs’ influence on me wasn’t limited to the classroom or gym. Because it was a more innocent time, his invitations to take us to baseball and hockey games never raised any red flags. Sadly, it wouldn’t be appropriate for single teachers to do that today. We paid our own way, but he provided the transportation and supervision. On the way home, we’d stop at White Castle for “belly bombers” and more laughs.

When Russ got married, a whole gang of us went to his wedding. When the pastor asked if anyone objected to the pending union, he peered over his shoulder with raised eyebrows. It brought the house down.

With his good-natured and cheerful temperament, Russ regularly emitted a zest and love of life. It was contagious. A marathon runner, he often discussed the importance of cultivating “lifetime fitness” — finding activities that you enjoyed and that you could keep doing well into adulthood.

With him as a role model, I started running in high school — first to lose weight and later with the goal of finishing a 26.2-mile race, which I eventually accomplished. We often ran together, and in the midst of those long runs, talked about everything, including career goals, relationships — and faith. Russ’ familiarity with the scriptures helped deepen my own devotion to God. In the process, he became a mentor and a great friend.

Russ' eccentricity taught me that it’s okay to be different, to go against the grain, to be your own man in a world full of copycats. His extroverted nature also helped me come out of my shell and become more comfortable in a room full of strangers.

The full impact and influence of a good teacher isn’t often fully appreciated until years later when you ponder the past and connect the dots to the present day. Just try and imagine your life without your favorite one. Looking back, I can’t fathom where I would be had Russ not taken an interest in me and gently guided me through such formative years.

If you can, I would encourage you to reach out to these heroes of your yesterdays. It would mean a lot to them to know how much they meant to you.

Our family was vacationing last week in Maine and we stopped in to see Russ and his wife, Nancy, who own a classic old cottage on pristine China Lake. Their two kids are grown, and he’s retired now after a 40-year career. True to form, Russ warmly greeted us and proceeded to pour into our boys, even taking them tubing on the lake, laughing all the way.

So as the new school year kicks off, never underestimate the power of our nation’s teachers not only to educate but also to enlighten and elevate the next generation — and even well beyond.