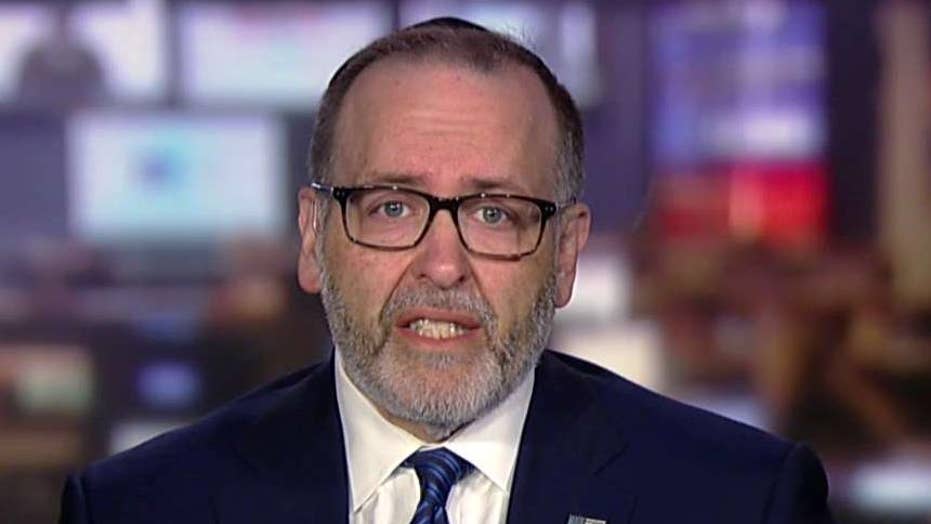 'Jexodus' founder Jeff Ballabon, who attended the event with the president, praises the pro-Israel administration for standing up to anti-Semitism.

The California Department of Education is on the verge of implementing radical changes to its school curriculum for grades 9 through 12, including anti-Jewish and anti-Israel content.

Public comments on the proposed curriculum are open until Thursday, so there is little time left for California to change course in favor of a more inclusive and less divisive program.

In 2016 California enacted a law that updated scholastic requirements to include a mandatory Ethnic Studies Model Curriculum. The Instructional Quality Commission was directed to develop this curriculum to be submitted to the state Board of Education by Dec. 31 this year.

Unfortunately, the curriculum, while making every effort to address bias against the many ethnicities, religions, socioeconomic statuses, and identities that make up the diverse community of California, poignantly fails to include the Jewish experience.

The curriculum goes on to condemn Israel and support anti-Semitic and unlawful boycotts against Jewish people and businesses.

Despite the long history of hate and discrimination that the Jewish people have suffered because of their ethnic and religious background, Jews are omitted as an ethnic group in the proposed curriculum.

Not only does the curriculum neglect to acknowledge discrimination and persecution directed towards Jews in California and around the world, it actively vilifies Jews.

The proposed curriculum contains classic anti-Semitic tropes. In one case – in a section dedicated to addressing “Arab stereotypes” – the curriculum recommends song lyrics that say Israelis “use the press so they can manufacture,” echoing an age-old charge that Jews control the media.

The curriculum goes on to condemn Israel and support anti-Semitic and unlawful boycotts against Jewish people and businesses.

In addition, the curriculum is riddled with historical inaccuracies that skew the truth against Israel. In one section, it defines “Israel-Palestine” as a country. In another, recommended song lyrics refer to the “Israeli colony.”

A letter from the California Legislative Jewish Caucus to the Instructional Quality Commission describes many of the flaws of the Ethnic Studies Model Curriculum.

Why is Israel, the world’s only Jewish state, specifically targeted and singled out for condemnation?

The answer may be simpler than you think. Three of the 18 individuals who have developed the curriculum have a documented history of anti-Israel bias.

Gaye Theresa Johnson, Theresa Montano and Samia Shoman are all academics whose writings and actions clearly demonstrate their antipathy towards Israel and the Jewish people. These misguided and prejudiced individuals should not be allowed to play any role in developing content meant to educate high school students.

The bill approved by the California Legislature in 2016 identified a singular objective for a new curriculum: “preparing pupils to be global citizens with an appreciation for the contributions of multiple cultures.”

By any measure, this program fails to meet the mark. By denying the existence of the Jewish people as an ethnic group and by twisting a complex geopolitical issue into an unfounded condemnation of Israel, this curriculum does a disservice to California students.

State officials need to stop anti-Jewish and anti-Israel curriculum from being adopted before they themselves become complicit in the indoctrination of the next generation.

Brooke Goldstein is a human rights attorney, author, and filmmaker. She is executive director of The Lawfare Project, which provides pro bono legal services to protect the civil and human rights of the Jewish people worldwide.