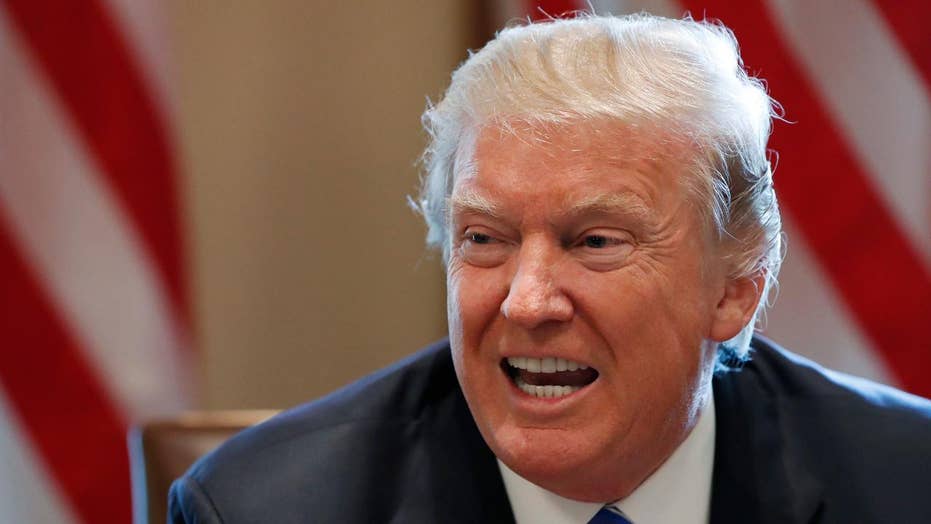 President Trump has called getting tax reform signed into law a “once in a generation opportunity” and he’s exactly right.  That’s why the White House and Congressional Republicans must keep their eyes on the prize in the critical days and weeks ahead.   After a tough seven months of working hard to reform our broken health care system before it collapses only to come up one vote short, leaders on both sides of Pennsylvania Avenue are frustrated and rightly so.  They’re frustrated that they haven’t done an adequate job corroborating on policy implementation or combating Democrat obstruction and a hyper-politicized mainstream media.  But with every challenge in politics comes opportunity.  President Trump, Senator McConnell, and Speaker Ryan need to make the most of this opportunity by plotting a successful strategy and then executing on it.

The mainstream media is driving the narrative that the Trump-McConnell-Ryan relationship is too far gone to right the ship.  This is a false narrative that can be demonstrably proven wrong by working together and communicating to achieve a goal.  I believe the media’s deceptive narrative will ultimately be debunked because Republicans are aware that they made promises, were put in charge to enact those promises, and have a responsibility to keep the promises.  The American people are starving for something good to come out of Washington.  The stakes are high and it’s time to deliver.  I’m optimistic that Republicans will make it happen.

The White House plan to get President Trump on the road to sell tax reform in several states he carried that have a Democrat Senator up for re-election is important and a big step in the right direction.  In these “Trump” states major public support exists for tax reform.  In fact, recent polling indicates that there’s “average support of 68.43 percent across 10 key states” for tax reform.  The American economy is ready to take off.  Job creators are ready to hire.  Businesses are ready to invest.  Consumers are ready to spend.  They are hungry for lower tax rates and a pro-growth tax code.  They want stability and assurances that a new economic playing field is coming and will be here to stay so concrete decisions for the future can be made.

Now that we’re past the debt ceiling and government funding issue (for the time being), President Trump and Vice President Pence need to convince House and Senate Republicans to put aside their differences and come together for the greater good, that is, their fellow countrymen.  First a budget, and then robust tax reform, must be debated, passed, and signed into law now so it can take effect immediately.  It simply has to happen this year.  Republicans must be able to tell voters that tax reform is the law of the land when they start to campaign next fall.

Individuals tax rates must be lowered across the aboard and consolidated.  Corporate tax rates must be cut dramatically so large and small businesses - including Subchapter S corporations - can compete, hire, and prosper.  Making the tax cuts retroactive to January 1st is a smart idea that ought to be adopted as part of the overall plan.  The plan should include a section to incentivize companies to bring their trillions of dollars back to America from overseas.  And last but not least, let’s simplify the tax code.  After all, should the IRS really have 80,000 employees?  That’s more than the population of Scranton, Pennsylvania.

Next year at this time members of Congress will go home and face the fire.  Voters in their states and districts will be asking why Republicans should be re-elected and remain in charge of Washington.  It’s imperative for Republican leaders to come up with the answer to that question now and a big part of the answer must be tax reform.

Republicans must stay laser focused on the task at hand.   Donald Trump the consummate negotiator and dealmaker, Paul Ryan the tax and budget expert, and Mitch McConnell the master of the legislative process, must pool their talents and make the American people proud again.  It’s been a hard seven months, but now is the time for Republicans to show the American people they have their governing sea legs and are achieving results for the American people.  A year from now in September 2018 I remain optimistic that Republicans will be campaigning on the jobs and low unemployment that the Tax Reform Act of 2017 will create.  That’s the prize.