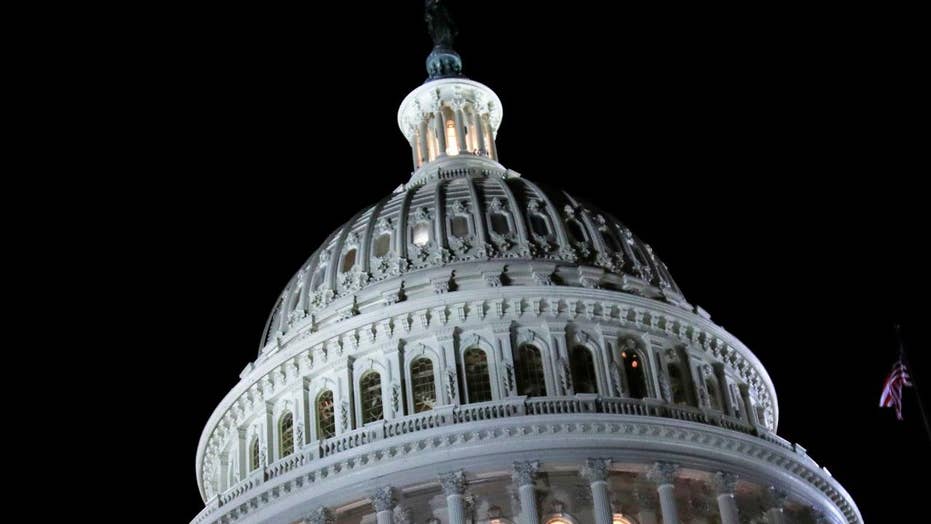 During President Trump’s State of the Union address earlier this month, Americans saw Democratic politicians for what they have truly become. People were shocked when the majority of the Democratic caucus, including most of the party’s women all dressed in white, couldn’t find it in their hearts to applaud when the president called for “a culture that cherishes innocent life.”

We now know that wasn’t just a bad night for the Democrats, it was a genuine reflection of the craven ghoulishness underlying their attitudes and policy.

What normal, decent person could oppose providing care to a living baby struggling on a table? And yet that is exactly what 44 Democratic senators just did, effectively killing the Ben Sasse-sponsored “Born Alive” bill by keeping it from a floor vote.

Fox News reported, “The Born-Alive Abortion Survivors Protection Act would have required that ‘any health care practitioner present’ at the time of a birth ‘exercise the same degree of professional skill, care, and diligence to preserve the life and health of the child as a reasonably diligent and conscientious health care practitioner would render to any other child born alive at the same gestational age.’ “

While most of us would think this would be and remain the normal, sane thing to do, recent Democratic actions have disabused us of that notion.

New York passing a bill effectively allowing abortion on demand up to birth, and Virginia’s Democratic Gov. Ralph Northam’s shockingly banal support of the same even to the point of infanticide after birth, was a wake-up call and compelled Mr. Sasse to put forward the “Born Alive” bill.

Its failure to pass, while horrible, confirms an important revelation: The Democratic Party, the same people who keep telling us that politicians like them should be trusted to completely control our health care, refused to support a measure that would save the life of the most innocent among us.

What does that tell you about their opinion of all of us?

As Americans contemplate what has gone wrong, some of the conversation on television and elsewhere about what is driving the Democrats to support infanticide is the argument that they are “playing to their base,” after all, Democratic and liberal voters must want this, right? But no, we know that’s not true — no one in this country wants or supports infanticide — not Democrats, Republicans or independents.

Not even two out of 10 Democrats support third-trimester abortion. Seventy-seven percent of Democrats support abortion in the first trimester. With the plummeting of support for abortion as the pregnancy goes on, it’s fair to say that the average Democrat, just like the average American in general, is not in favor of murdering a baby as she’s being born or leaving her to die through neglect as she suffers on a nearby table after birth.

So why are Democratic politicians pushing this obscenity on society? Are the Planned Parenthood PAC checks so large they eclipse the natural instinct to save the suffering?

Make no mistake: The revelation over the past several weeks that Democrats have indeed moved to normalize infanticide was a kick in the gut and has reinforced and expanded the common ground Americans share on the issue.

A new Marist poll reveals a remarkable turn of events with the American people. The Axios headline from Feb. 24 declared, “New poll finds ‘dramatic shift’ on abortion attitudes,” and they’re not kidding.

“The poll found Americans are now as likely to identify as pro-life (47 percent) as they are pro-choice (47 percent). Last month, a similar Marist survey found that Americans were more likely to identify as pro-choice than pro-life 55 percent to 38 percent, a 17-point gap. … The survey also found that 80 percent of Americans support abortion being limited to the first three months of pregnancy, an increase of 5 percentage points since last month’s Marist poll,” Axios reported.

In the span of one month, as the New York and Virginia shocking moves toward late-term abortion and infanticide became national news, American attitudes changed almost immediately.

Also reported by Axios was this remarkable news: “Among Americans under 45, 47 percent identify as pro-life vs. 48 percent pro-choice. In January, those numbers were 28 percent and 65 percent, respectively.”

A change not over a decade, but over one month.

As a registered Democrat and someone whose political activism began 32 years ago on the pro-choice issue, like so many other Americans I have been shocked by this turn of events. I not only understand this dynamic change in attitude but am also experiencing a profound change of heart as I consider the nature of the debate that has led us to this point, what this has become, and where I stand.

Now is the time for us to recognize our common ground, and to work together on exposing and stopping the obscenity of infanticide as politicians openly and brazenly attempt to desensitize the rest of us into their nihilistic view of humanity.

THIS COLUMN ORIGINALLY APPEARED IN THE WASHINGTON TIMES.