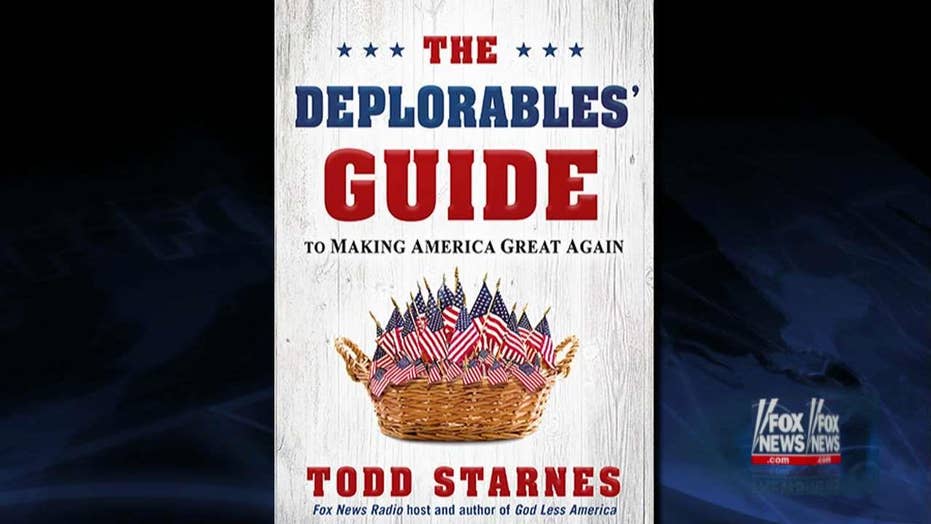 The first week of the Trump presidency is coming to a close and sweet mercy, America – what a week! He’s well on his way to making America great again.

In less than five days, President Donald Trump has already managed to crack down on illegal aliens, defend pro-lifers, rattle Democrats and discombobulate the Mainstream Media.

As I wrote in my new book, “The Deplorables’ Guide to Making America Great Again,” it was my prayer that President Trump would deliver on his campaign promises. And he did just that.

This is what it looks like when a president puts in a full day’s work – instead of taking selfies, working on his NCAA brackets and whacking balls at the local golf course.

The president also vowed to protect us from radical Islam – by temporarily suspending visas from nations that breed jihadists.

Click here to get a limited edition, signed copy of  Todd’s new book!

This White House will not coddle the Islamists or the Ayatollahs.

And it turns we’re also going to build a wall, America. I know some of you folks thought President Trump’s wall was some sort of metaphor – but by golly – he actually plans on building a great, big, larger-than-life, literal wall.

And Mexico is going to pay for it – peso by peso.

President Trump promised to put America first and he’s delivering on that promise.

Now some of you good readers might feel lightheaded. I completely understand. It’s a foreign concept to conservatives.

Imagine – a Republican president who actually does what he promised to do on the campaign trail! Never in all my life did I think I'd see that day.

All I can say is thank you, Mr. President. Thank you for keeping your word.