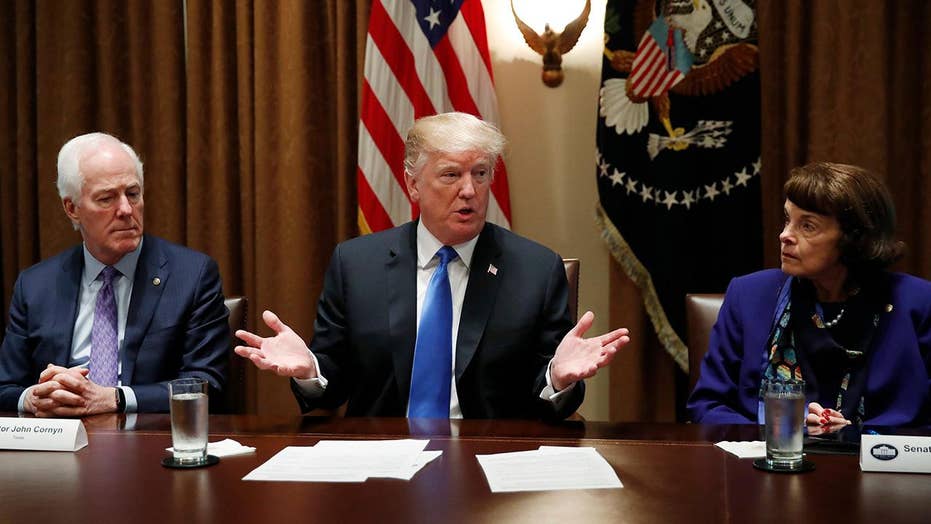 The debate about how to deal with guns in our country rages on in the wake of the shooting deaths of 14 students and three adults at a Florida high school Feb. 14.

We are again confronting the challenge of remaining faithful to the unalienable right to life articulated in the Declaration of Independence – a challenge that the Constitution demands we protect from two angles.

By seeking to “insure domestic tranquility,” the government has an obligation to protect us from violence. But by acknowledging “the right of the people to keep and bear arms” it also recognizes the need for individuals to protect themselves by means of self-defense.

The challenge to the law said it should not apply to people who previously had gone through the background check process and now sought to buy an additional gun. The 9th Circuit Court upheld the 10-day waiting period.

Regardless of this case’s particular merits, the high court’s denial represents a larger pattern. For nearly a decade, the court has refused to rule on the constitutionality of gun regulations in a systematic fashion.

The justices’ reticence is both strange and problematic. It is strange in light of prior decisions. A decade ago, in the 2008 case of D.C. v. Heller, the Supreme Court interpreted the Second Amendment to the Constitution for the first time as protecting the right of an individual to own a gun. But far from making this right absolute, the court declared that limits existed to gun ownership.

What exactly were those limits? The court didn’t really say.

Beyond affirming that “longstanding prohibitions” could continue, Justice Antonin Scalia refused to give details when the Heller decision was announced. No need to do so, he said, “since this case represents this Court’s first in-depth examination of the Second Amendment, one should not expect it to clarify the entire field … there will be time enough to expound upon the historical justifications for the exceptions we have mentioned if and when those exceptions come before us.”

It seemed that the court, having established the baseline of an individual right, expected a series of future cases to draw the lines for how to balance gun safety and gun rights. The court ruled in 2010 that the Second Amendment applied to the states in McDonald v. City of Chicago.

However, the decision in the McDonald case didn’t break much new ground on the content of the right itself. Instead, it merely kicked the can of further definition down the road. After that case, when given numerous options to further delineate the Second Amendment, the court has refused – again and again.

The Supreme Court’s failure to define the scope of gun rights is problematic because it leaves too much unsettled. The Heller and McDonald decisions opened up myriad questions about gun rights and their regulation without settling on a standard by which to judge gun laws.

This means that, absent further precedent, lower courts possess little guidance in how to rule on competing claims, which in turn has given rise to confusion.

As Justice Clarence Thomas pointed out when objecting to the latest court refusal to hear the Silvester case, there is a great disparity in the standards exercised by lower courts in gun cases. While some judges seek to impose a more stringent standard on gun laws, others – like many on the 9th Circuit Court – adopt a “deferential analysis” that accepts as valid nearly any regulation.

The Supreme Court once argued that “liberty finds no refuge in a jurisprudence of doubt.” That remains true for gun owners, who are subject to the accident of whatever lower court judge’s jurisdiction they happen to live in.

It is also true for legislators, who are left without guidelines to follow when crafting legislation. But it is especially true for the victims of gun violence.

Liberty does not find a refuge in a jurisprudence of doubt, and neither does life. The Supreme Court cannot and should not try to settle every detail of gun policy. But it should begin to fulfill the promise made in the Heller case.

The nation’s highest court should seek to further describe what it believes the Second Amendment protects regarding gun ownership and what the amendment allows for gun regulations. The high court should also police lower courts to hold them accountable to those standards.

In so doing, the Supreme Court can make its own needed contribution to the present conversation. It can bring the Constitution to bear in its own way in the gun debate.

Above all, the Supreme Court can play a part in furthering the right that proponents of gun regulation and of gun protection both seek – a right that has been so desecrated by our seemingly endless school shootings: the unalienable right to life.