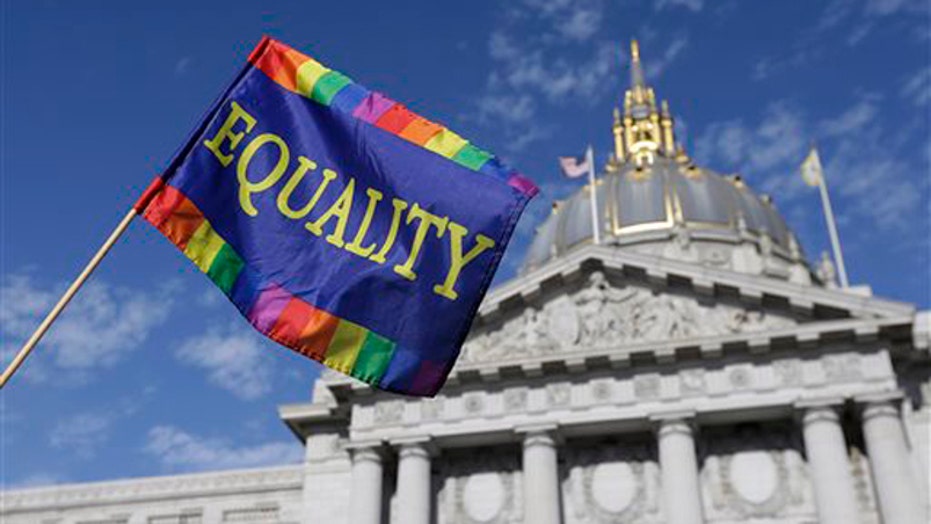 Breaking down the Supreme Court ruling on same-sex marriage

Friday, the U.S. Supreme Court disavowed the truth about marriage that diverse cultures and faiths around the globe have embraced for millennia: that marriage is a union between a man and a woman.

Why has this fact been recognized so universally and for so long? The answer is simple: the truth about marriage appears unmistakably in the complementary design of man and woman. Unique among all others, only the intimate relationship of man and woman can create a new life. And a new life born of a committed man-woman couple finds its natural home in the embrace of its natural parents, giving rise to the family—the fundamental building-block of society.

Friday, the Supreme Court averted its eyes from what is self-evident. It overlooked the abiding connection between marriage and the creation of new life, and ignored marriage’s unique role in connecting children to both their mother and their father. It also cast aside the will of Americans in 31 states who, recognizing the singular importance of man-woman marriage, voted to affirm it in their state constitutions.

Disregarding both the truth about marriage and the people’s freedom to affirm that truth in law, the Supreme Court held that states may no longer lift up one-man, one-woman marital unions for special protection.

The court’s decision is built on the premise that, as a matter of constitutional law, the dignity of human relationships derives largely from government recognition and approval.

That premise promotes a dark and dangerous principle. It is the flawed notion that the state does not recognize and protect—but rather creates—our fundamental institutions, rights, and relationships. And it is the false idea that no institution—not marriage, not the family, and not individual rights to life, liberty, property, or the exercise of religion—has any significance or meaning independent from that which the state imparts.

But, as the Declaration of Independence makes clear, all people are “endowed by their Creator”—not by their government—“with certain unalienable rights.” Rejecting this principle carries a sinister implication: if the state bestows our rights, the state can take them away at its whim.

That should concern anyone who cares about our first freedom: religious liberty. A person’s faith involves their relationship with their Creator and thus demands their highest allegiance. But now the Supreme Court has mandated a new definition of marriage that contradicts the core religious convictions of tens of millions of Americans. The ruling pits faith against law, forcing Americans to choose between their God and their government.

This conflict will play out in battles and skirmishes large and small, in courts of law and courts of public opinion. As a result of the Supreme Court’s ruling, we can expect many more lawsuits against individuals and business owners who refuse to participate in the celebration of same-sex ceremonies because doing so would violate their deeply held religious convictions.

We can expect more prosecutions of people of faith like Barronelle Stutzman, the owner of Arlene’s Flowers in Washington State, who declined to create floral arrangements for a same-sex ceremony because doing so would violate her sincere Christian beliefs. The state and the ACLU hauled her into court for allegedly violating Washington law, and she may now have to pay hundreds of thousands of dollars in attorneys’ fees.

The Supreme Court’s ruling also puts the coercive power of government on the side of those who support the new “any two persons” definition of marriage, legitimizing the forceful suppression of conflicting faith-based views. It is not a stretch to say that we can therefore expect increasing hostility against anyone who expresses or attempts to live out their faith in public.

The Supreme Court cannot, of course, alter the true nature of marriage. Marriage is and always will be the union of one man and one woman for life, regardless whether the government incorrectly applies the label of marriage to other kinds of relationships.

But Friday’s ruling inscribes in our Constitution an entirely new and incorrect definition of marriage that contravenes the self-evident purposes of the institution and contradicts the core convictions of countless people of faith. The Supreme Court’s grave error compels Americans to take sides in an unprecedented conflict between faith and government coercion. The People’s collective response will determine the future of religious liberty in our Nation.

Doug Wardlow is legal counsel with Alliance Defending Freedom, which filed a friend-of-the-court brief in the marriage cases at the U.S. Supreme Court.