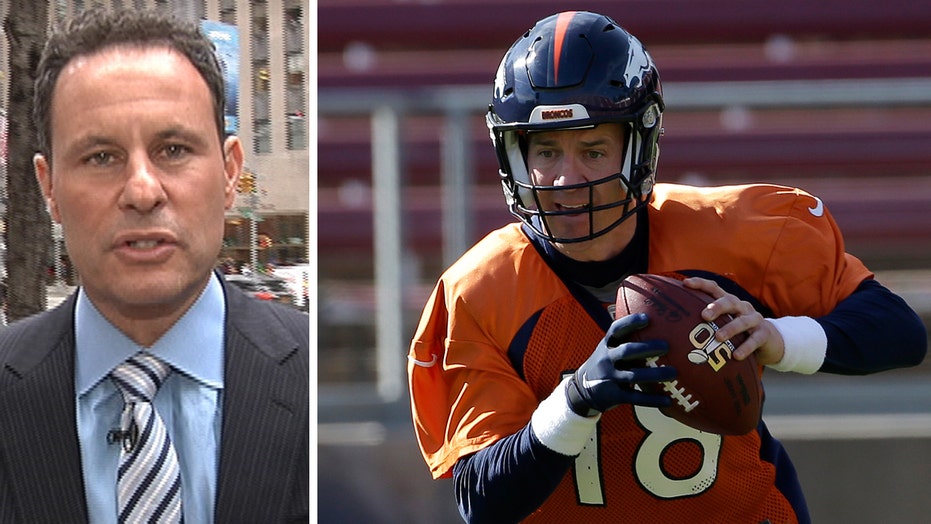 Kilmeade on Super Bowl 50: Denver needs to jump out early

Keeping Score with Brian Kilmeade: Brian explains how the Denver Broncos can win Super Bowl 50 and what Peyton Manning should really be doing #SuperBowl50

Millions of people across the country watch the Super Bowl every year, from the die-hard fans who never miss a game to the casual sports fan who only watches for the commercials. It’s a unique event that draws the attention of a massive segment of the population, regardless of which team, if any, is their favorite.

Even though all football fans will be watching, only two fan bases will have a vested interest in the actual outcome of the game, aside from the gamblers out there.

But who wants the title more? Is it the Denver Broncos who are looking to win their third ring as they now find themselves in a four-way tie for most Super Bowl berths in the league? Or is it the Carolina Panthers as the relative new kid on the block seeking their first championship in their second appearance?

Arguments of who has the best and biggest fans are common in bar rooms, tailgate parking lots and postgame interviews with athletes and coaches. Much of that passion is derived in the emotional connect between the fan and team. However, from a research standpoint, there’s never been a scale to specifically measure a fan’s emotional attachment to a sport team.

Until now. In research published in the November Issue of Sport Management Review, we developed a scale that effectively measures a fan’s emotional attachment to their favorite team.

It’s become a cliché to say that professional sports are first and foremost, a business. But what is often overlooked is that it’s really unlike any other form of business.

The emotional bond that fans develop with their team is unlike any other consumer/product relationship. Consumers are bombarded by constant exposure to marketing a number of products daily. In most cases, brand loyalty is fleeting and if access to another product is easier or cheaper, it’s easily replaced.

Sports fandom is more substantial. Even moving to a new market, fans are likely to bring their allegiances with them. And it’s because they’ve developed what seems to be more of a personal relationship with the team.

We found that fans generally developed two very different forms of attachment to their favorite team and that the two forms are not created equally.

When asked, “When I think of my favorite team, I feel…,” one group of respondents provided answers such as happy, delighted, emotional and energized. These are emotions that caused them to gain something as a result of their team. We called this the “dividend” group.

Another group provided answers such as attached, bonded, and passionate, and instead can be considered emotions that caused them to invest either time, money or both back into the sports team and feel as though they have a stronger connection than just as a spectator. This was the “investment” group.

This shows that heavily invested fans see the team as an extension of themselves and are willing to sacrifice financially in order to share in the achievement vicariously, despite the fact that they really had no control over the outcome.

In other words, if you’re a bandwagon fan, you’re probably only looking for a quick shot of happiness and not willing to endure the down years. For the Panthers, you likely sat out the years that Jimmy Clausen was under center.  And Broncos fans probably didn’t rush to the stores to buy a brand new Kyle Orton jersey.

Ultimately, the team that is more able to get fans to feel as though they have a personal connection to the outcome are likely to expand their fan base to the most coveted group willing to pay up to ensure success.

As many will gather with friends and family for Super Bowl watch parties this year, they’re likely to make sentimental and emotional memories they will carry with them and pass down to future generations.

To some extent, both teams will likely benefit from being the center of these emotional gatherings, but the winning fans will no doubt look back more fondly when asked to reflect five, 10, 20 or 50 years from now. And that cherished memory then yields another generation of devoted, and more importantly, invested fans.

Mike Mudrick is an assistant professor of sport management at York College of Pennsylvania.