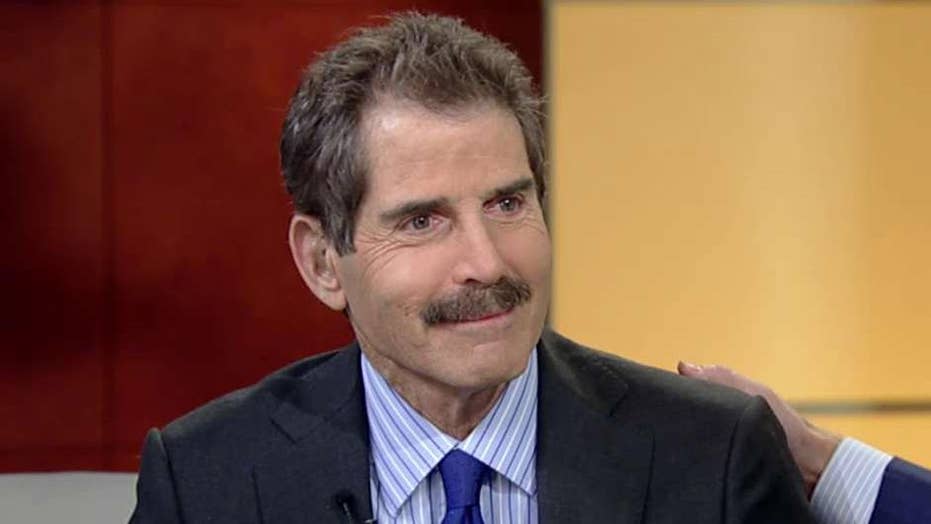 John Stossel opens up about his battle with lung cancer

President Obama's proudest accomplishment is increasing the number of Americans with health insurance. A better idea would be to help people escape government care altogether.

As I wrote after my recent surgery, hospital bureaucracy is toxic for patients. Unfortunately, calls for reform usually come from people who want more of the same -- more health insurance coverage, more Medicaid, more layers of government oversight.

Our likely next president will push for more government-run health care.

"Single payer would have lower costs," she claimed when pushing HillaryCare.

Progressives love that phrase, "single payer." It suggests that medical costs will be covered not by you but by some benign other, without the nastiness of profit.

I reminded him that under Canada's government-run system, patients wait in line for care, often for months. He replied, "That's the line where they live three years longer than we do! That's the line I want to be in!"

It's true -- Canadians and Europeans live longer. Progressives cite that to plug single payer. But it's deceitful. Canadians live longer not because their health care system is better, but because they behave differently. They drive less often and so have fewer accidents. They murder each other less often. They're less likely to be fat, or as I said to Moore, to "look like you."

I give him credit for laughing, but then he claimed Canadians live longer "because they never have to worry about paying to go see the doctor."

Give me a break. It's nice not to worry, but it won't save your life. Some Canadians worry so much about not getting treatment that they travel to the U.S. to see doctors.

In Canada, we do find one pocket of free-market medicine: clinics that offer cutting-edge, life-saving technology without waiting lines.

But you need four legs to get that treatment. If Canadians want a CT scan, the waiting list is a month. But a private veterinary clinic will scan your dog today.

When government is in charge, you get long lines and someone else deciding if you get treatment.

I don't claim that America's partly private system is great. I wrote about bureaucracy and indifferent customer service. Some of you mocked my "whining": "What a jerk. They save his life and he complains."

You have a point. I'm now back at work, and playing beach volleyball, less than four weeks later. I'm grateful that I got good medical care.

But I'm a consumer reporter. I don't see why the rest of the experience can't be good, too.

On my TV show this week, my guests describe real reform: free-market medicine.

David Goldhill, author of "Catastrophic Care: Why Everything We Think We Know About Health Care Is Wrong," points out that, "Unfortunately, the customer of the hospital isn't the patient, it's the insurer, it's Medicare, it's Medicaid ... (T)hat difference explains a lot of the things that we are dissatisfied with in American health care."

But Goldhill points to one favorable trend. "Increasingly, people have high deductible (insurance) plans ... (I)t's the most promising thing in health care."

Many patients hate high deductibles. But they are useful because they make us realize that care is not "free."

Patients with high deductibles and Health Savings Accounts ask important questions: "Doc, do I really need that test? What does it cost?" They shop around.

Suddenly, there's the beginning of an actual market. When patients shop, doctors strive to please patients rather than distant bureaucrats. More doctors give out their email addresses and cellphone numbers, and shorten waiting times. Their bills are easier to read because the providers want customers to pay them!

Even the fact that medical mistakes are now the third leading cause of death barely makes the bureaucracy sit up and take notice. All politicians care about is that you vote for them before you expire.