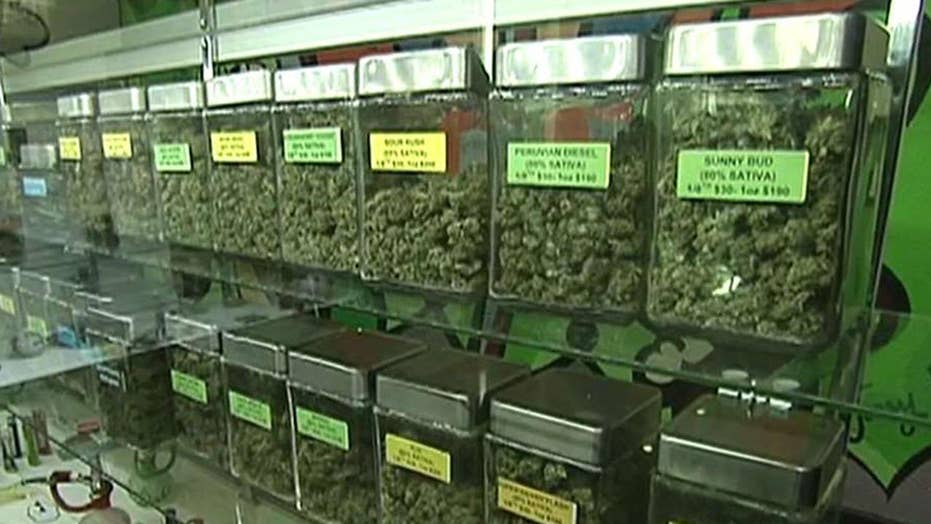 Attorney General Sessions is taking aim at the industry.

What does marijuana have in common with Schedule I controlled substances like heroin, LSD, and “date-rape” drugs? “Nothing,” the average American would likely reply. I agree. Unfortunately, U.S. Attorney General Jeff Sessions holds the opposite view and continues to lump pot in with far more dangerous drugs.

It appears that Sessions is using federal law enforcement to further his personal view that all marijuana use is wrong. This is the same mindset behind the prohibition of alcoholic beverages in the U.S. from 1920 to1933. That proved unsustainable, just as the total federal ban on marijuana has been shown to be a failure.

Since President Nixon launched the War on Drugs more than four decades ago, billions of taxpayer dollars have been spent each year fighting the perceived scourge of marijuana, employing the same fundamental strategy decade after decade. And year after year, Americans continue to smoke marijuana in increasing numbers, according to the government’s own figures.

Common sense tells us that not all illegal drugs are alike. Heroin is far more dangerous and addictive than marijuana. LSD is powerful hallucinogen that is far more incapacitating than pot. And anyone using a drug to leave a woman helpless so he can rape her is committing a terrible crime far more serious than smoking a joint.

Moreover, Americans generally are aware that numerous medical studies have established that THC (tetrahydrocannabinol), the primary active ingredient in marijuana, possesses significant positive properties for certain maladies, including glaucoma, cancers, seizures and post-traumatic stress disorder. Even many people who oppose recreational marijuana use don’t want to deny the drug to sick people who could benefit from it medically.

Yet Sessions remains an adamant foe of all marijuana use. Full disclosure: I held the same view when I was a U.S. attorney in Georgia from 1986 to 1990 and when I served as a Republican congressman from Georgia from 1995 to 2003. But as more evidence emerged about marijuana in the past 15 years I reevaluated my position. I now believe states should determine how they want to regulate marijuana, without federal interference.

Sessions continues to maintain that marijuana is a “dangerous drug” that the federal government must “combat,” regardless of whether a state’s citizens have voted to legalize it.

In taking such a hardline approach to even medical marijuana legalization, the attorney general seems to have placed himself at odds with his boss. In numerous interviews in 2016, then-candidate Donald Trump was quite clear that questions regarding “medicinal use” of marijuana should be decided by the states and not the federal government.

This position, which President Trump has not expressly disavowed, reflects the fundamental principle of federalism: that matters affecting the citizens of a state should be decided by each state, unless they are clearly national issues or delegated to the federal government by the Constitution.

President Trump’s position is in accord with a wide swath of the American electorate – 94 percent of adults (including 90 percent of Republicans) support legalized adult use of marijuana for medical purposes, according to a recent Quinnipiac Poll. And a majority of Republicans favor legalization of marijuana in general, according to a Gallup Poll released in October.

President Trump’s analysis also is in accord with the view of the Justice Department in the Obama administration – that using limited federal resources to prosecute people who use marijuana makes no sense.

Importantly, President Trump’s view is also consistent with a majority of members of the U.S. House of Representatives. The House has voted every year since 2014 to prohibit the federal government from using any appropriated funds to prosecute medical marijuana cases in states where it has been legalized. This is the latest flashpoint between Sessions and the Congress.

Congressional supporters of this extremely limited exception to broad federal prosecution of offenses involving “controlled substances” are at a loss to understand the attorney general’s position.

As an American citizen, Jeff Sessions is free to espouse whatever opinions he likes on marijuana and marijuana users. And under current federal law, he is correct that a state law legalizing marijuana use does not legally override federal law.

But Sessions is going beyond his proper role when he employs the power of his position as our nation’s top law enforcement official to use taxpayer resources as a cudgel with which to misalign federal policies and forcibly override the decisions of 30 states and the District of Columbia to legalize some form of marijuana use – medicinal, recreational or both.

Moreover, Sessions’ actions are not remotely consistent with the long-accepted principles underlying our constitutional republic. And his position is not supported by factual analysis.

Sessions and other marijuana hardliners contend that prosecuting users of medicinal marijuana in states that have legalized it is necessary because such use leads to violence, gang activity and funding of other criminal enterprises. But there is no evidence to support this conclusion, and even were it so, there are more than sufficient laws still on the books with which the feds can attack such activities.

Virtually everyone in Washington purports to support the principle of federalism, at least in word. Under federalism, the national government and state governments each possess a large degree of sovereignty. The Constitution grants few express powers to the federal government, reserving the remaining powers for the state.

Both Republican House Speaker Paul Ryan of Wisconsin and Democratic House Leader Nancy Pelosi of California, for example, issued a statement last May endorsing the principle of federalism. And the most recent Republican Party Platform re-emphasizes the GOP’s firm commitment to federalism as its governing lodestar. But brush away the smoke and quite a different reality emerges.

Ultimately, if President Trump and the Republicans in Congress refuse to halt the attorney general’s mean-spirited and philosophically hollow policy, they will show themselves to be true faux federalists, and will pay a price in electoral battles to come.

Then there is the question of priorities. Neither the Department of Justice nor the federal government as a whole enjoy unlimited resources (thank goodness!). Prioritizing those resources – whether as a federal prosecutor, a member of Congress, or the attorney general of the United States – is and should be a primary responsibility of the officeholder.

Priorities change over time and circumstances. Failing to recognize this reality and continuing to adhere rigidly to yesterday’s priorities when facing today’s (or tomorrow’s) threats is not only costly but irresponsible.

To me – and to a significant majority of Americans – major threats facing our country today that are within the federal government’s portfolio of responsibilities do not and should not include pursuing marijuana users. This is true whether individuals light up for medical or less noble reasons, and regardless of whether earlier times might have supported such a priority.

My concern for the principle of federalism always has served as a filter through which I have endeavored to evaluate government powers and actions.

Finally, there is the underlying and indisputable fact that the ways in which the government invades and undermines individual liberty today are far more numerous and invasive than when I last took an oath as a member of Congress. The War on Drugs has spawned many of these liberty-limiting powers – including the huge expansion of financial crimes and the massive use of electronic surveillance.

Our Founding Fathers recognized that every instance in which the government takes and uses power necessarily means individuals have lost a degree of liberty. This was problematic 15 years ago when I left Congress. It is frightening now. As a result, my decision to oppose the federal government’s anti-marijuana crusade was an easy one to make.

Former Rep. Bob Barr was a member of the U.S. House of Representatives from Georgia from 1995 to 2003. He is now president of the Law Enforcement Education Foundation.