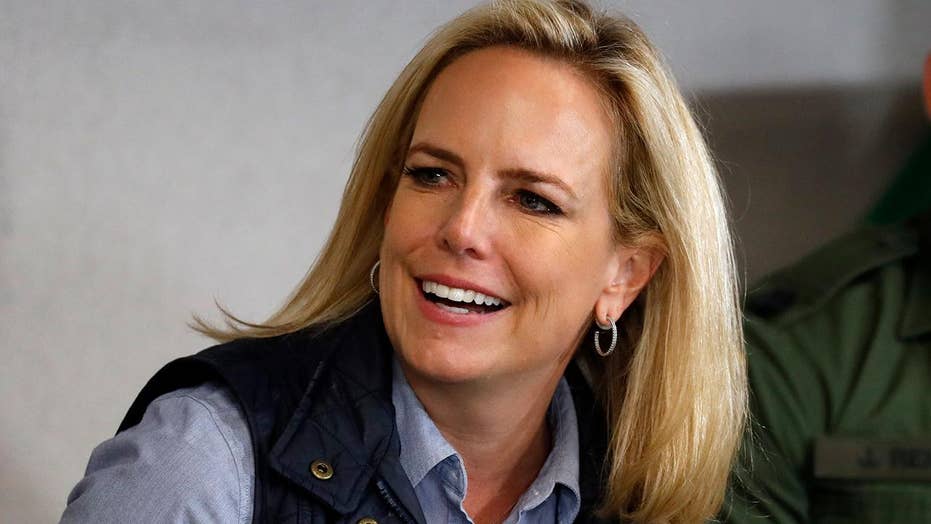 President Trump is rightly frustrated over the border crisis, but it’s ludicrous to blame the dilemma on his former Homeland Security Secretary, Kirstjen Nielsen, who resigned, apparently under pressure, Sunday afternoon.

Blaming Nielsen for the border chaos is like blaming your energy commissioner for an oil shortage brought upon by an OPEC embargo. The obvious culprit in the present border overload is the Democrats’ refusal to address the asylum law loopholes that prohibit border agents from turning illegal aliens around at the border once they utter the words: “I want asylum.” Asking Nielsen to single-handedly reverse this insane policy would be asking her to break the law.

Nielsen has done her job, repeatedly warning Congress about the law’s imperfections and then pleading with them to update the statute to reflect today’s reality. She got most Republicans on her side, but couldn’t get a single Democrat to vote for the elimination of the loophole. And, like the president, she could get very few, if any Democrats, to even concede we have a crisis at the border.

It’s cruel and unrealistic to expect a commissioner to corral needed votes from a party that has already internally agreed to sacrifice national sovereignty for the purpose of allowing as many illegal aliens as possible into our country, knowing full well that it’s just a matter of time before they are granted amnesty, citizenship and the right to vote –thereby ensuring Democratic control of the two branches for at least a generation to come.

Nielsen’s job was made infinitely harder by the fact that the media, which is now in many ways an extension of the Democratic Party’s public relations arm, was aiding and abetting a scenario whereby television viewers were asked to ignore their own eyes and instead buy into the Orwellian talking points uttered by the crisis deniers.

If Trump or anyone else believes that Acting Secretary Kevin McAleenan will be any more successful achieving a changing of the rules or expediting a Supreme Court decision going Trump’s way, they are brutally naive. 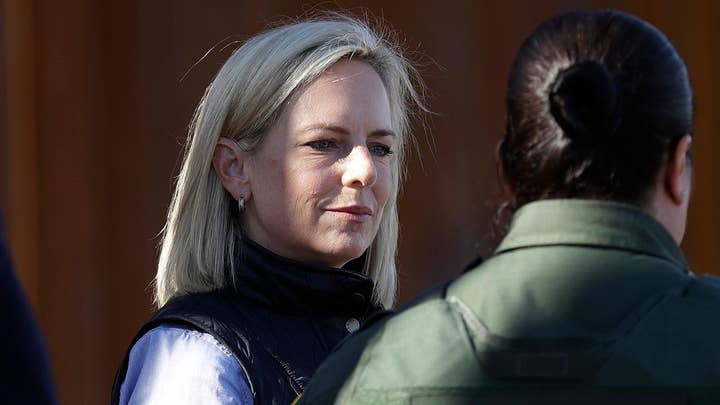 Chief John Roberts harbors a deep resentment over the president's chastising of the judiciary. Meanwhile, his court, despite a conservative majority, has already refused to expedite any of the major setbacks border enforcement advocates suffered in the liberal district courts on matters involving President Obama’s illegal DACA executive order, the battle over sanctuary cities, or the questions related to unaccompanied minors, asylum, or ending the dangerous catch and release policies.

Changing the rules related to asylum and unaccompanied minors must be McAleenan’s primary focus, even above the building of the wall.

The latest uncontrollable wave of illegal immigration didn’t start with Nielsen; it started in 2014, when President Obama sat idly by while coyotes started to take advantage of a George W. Bush-era law that was intended to protect children from sex traffickers. If unaccompanied minors were apprehended at the border with the coyotes intent on selling them in the states for prostitution, border agents were instructed by the well-meaning law to separate them and not send them back with their exploiters. When the law was written, it was never conceived that Central American parents would then start, at the urging of the coyotes, to deliberately send their children to cross the border alone, knowing border agents would be prevented from turning them back.

Interestingly, at the very outset of this new pattern, Obama wisely proclaimed he would lead an effort to modify the law, but quickly retreated when the first signs of discord were echoed by the illegal immigration lobby. Word got out that the borders were open to anyone living outside of Mexico. (For some strange reason the sex trafficking law did not prohibit the agents from turning Mexican children back at the border.) Nielsen was helpless to do anything about it. Only Congress could close the loopholes and Democrats on the Hill were having none of it. The consequences were daunting. In just a year or two, 8,000 unaccompanied minors, easy prey for gang recruitment, were settled on Long Island. This, in part, led to a metastasizing of the MS-13 gang and the murder of almost two dozen youths in Suffolk County shortly thereafter.

Neither could the drafters of our nation’s asylum laws have ever envisioned that the non-ideologically persecuted would be exploiting our generosity in the laws by seeking asylum to simply better their lives economically.

As long as the loopholes in these two laws stay on the books, the word will continue to be blasted out to hundreds of millions of indigent people around the world that if you can simply get to the states physically, you will be able to stay.

Whether the Department of Homeland Security is run by Nielsen, McAleenan or anyone else, the border crisis will only intensify unless the media and the public itself start holding accountable those Democrats who refuse to recognize the obvious – that we are facing a border crisis and that our asylum and unaccompanied minor laws must be amended.