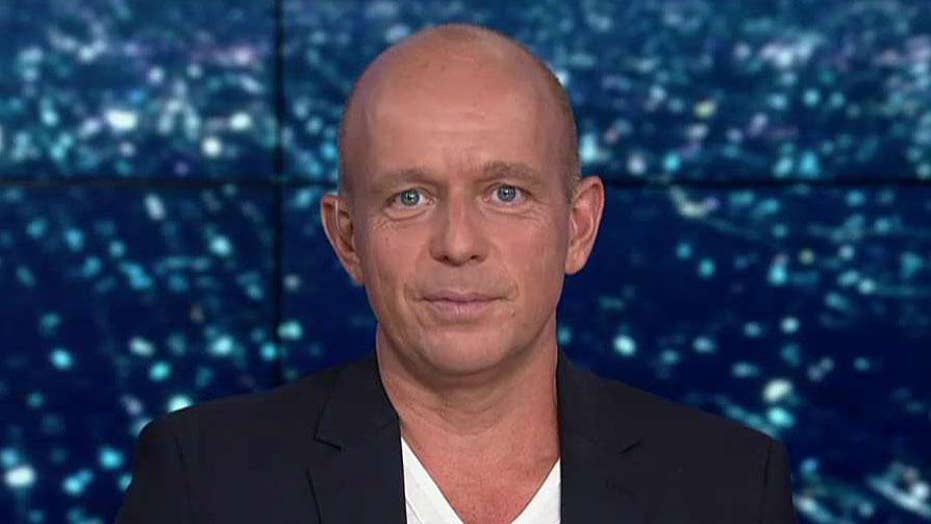 Steve Hilton: Trump vs. the elites

The president is fighting the elitist enemy within his own White House.

Over the Thanksgiving break, I read Bob Woodward’s “Fear: Trump in the White House.”

When it came out in September the snooty elitists on the East Coast salivated over its juicy gossip: “Trump watches TV a lot!" and the story it told of a president they see as an ignorant, dangerous barbarian.

Here are a few of the condescending highlights…

From Judy Woodruff, PBS: “It is a stunning look inside the Trump presidency, exposing a chaotic White House led by a man who has said he believes the key to power is fear.”

From Jamie Gangel, CNN: “I think what Woodward has presented here is a devastating portrait, Brooke. We’ve heard about chaos, we've heard about dysfunction, but the details of this book are like nothing we've heard before...’

From Mika Brzezinski, co-host, MSNBC’s “Morning Joe,”: “All the anecdotes certainly ring true to the man we know and the man who never evolved or stepped up when he won the presidency”…

The East Coast elite held up this book as evidence of why Donald Trump is not fit to be president. Well, either they haven't read the book, or they're deliberately distorting what's in it.

What Bob Woodward has actually done is write a book in praise of President Trump. The Woodward account, in fact, tells the story of a president who’s totally focused on his agenda, clear about his priorities, and obsessed with delivering the promises he was elected on -- but blocked at every turn by almost everyone around him.

What Bob Woodward has actually done is write a book in praise of President Trump. The Woodward account, in fact, tells the story of a president who is totally focused on his agenda, clear about his priorities, and obsessed with delivering the promises he was elected on -- but blocked at every turn by almost everyone around him.

Former Chief of Staff Reince Priebus, former economic chief Gary Cohn, former Secretary of State Rex Tillerson, current Defense Secretary General Mattis -- and especially Rob Porter, the White House staff secretary who resigned in disgrace over wife-beating allegations -- these men were in President Trump's inner circle and they literally plotted and schemed with each other to overturn the result of the 2016 election.

Donald Trump's signature issue for decades has been trade. He was elected to get out of TPP, NAFTA and other trade deals that hurt American workers. He couldn't have been clearer about it. Here’s what he said on August 24, 2016

“We are going to stop the TPP, totally re-negotiate NAFTA, one of the worst trade deals ever made by mankind, and protect every last American job.”

From day one the president wanted to deliver on that by introducing tariffs and renegotiating trade deals. But globalists including Gary Cohn and General Mattis did everything in their power to stop him.

Another central theme of Donald Trump's campaign was his promise to stop America's involvement in endless foreign wars. This is how he said it in 2016 :

"I will never send our finest into battle unless necessary, and I mean absolutely necessary, and will only do so if we have a plan for victory with a capital V."

And yet the globalists in his team tried every trick in the book to get the president to break his promises and carry on with the failed policies of the past.

It's the same on immigration. One of the most distinctive elements of the Trump 2016 agenda was its promise to end the elitist consensus for uncontrolled immigration that for decades delivered cheap labor to big business Republicans and easy votes to establishment Democrats.

Could anyone have misunderstood what Donald Trump was saying? Here’s what he said in a presidential debate in 2015:

But on this issue too, we learn from Bob Woodward's reporting, that far from undermining democracy, as the East Coast elites scream every day, President Trump has been battling to uphold democracy by delivering the policy changes that people voted for.

Far from describing an unfit and clueless idiot in the Oval Office, the Woodward book portrays a clear-eyed and resolute president fighting exactly the elitist enemy he was elected to fight.

The only problem is: the enemy is within. Not just within his own administration -- but within his own White House. Now, some of those people have gone. Rex Tillerson. Gary Cohn. Rob Porter...they're out. But far too many are still there.

Next week, we'll be in Washington, D.C., right in the swamp and we will bring you a special edition of “SwampWatch: The Swamp in the White House.”

Yes, we will name names. You do not want to miss it: “The Swamp in the White House,”  next Sunday from D.C.

Tell me what you think of that @stevehiltonx and @nextrevfnc.

Adapted from Steve Hilton’s monologue on “The Next Revolution” on November 25, 2018.