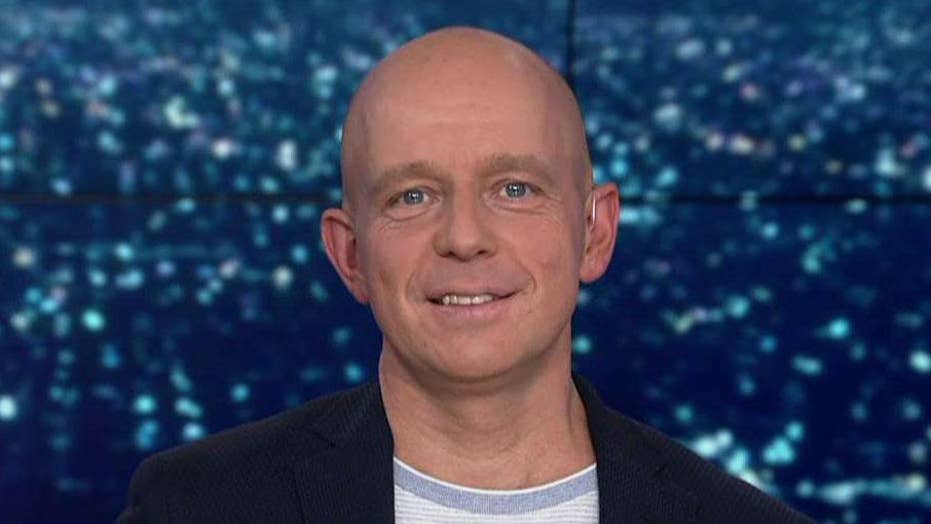 Steve Says: The border crises was manufactured by decades of inefficient policy

All these geniuses and their supporters who love to attack President Trump, what have they done?

According to establishment politicians and the establishment media, President Trump is like some kind of demented bull in a china shop, barging into issues he doesn't understand with a dangerous combination of ignorance and bluster. But what if the real reason the Trump approach breaks so much china is that he's actually confronting problems that the "I.Y.I's" -- intellectual,yet idiots --  in the establishment have been running away from for years? And what if the real reason they hate him so much is that he's showing them up for their failures

In fact, some of the loudest voices on the left and the "Never Trump" right who scream abuse at President Trump literally helped create the mess he's now trying to clean up. Immigration is a perfect example.

"Manufactured” by President Trump? How about the result of policy failures which you, Chuck, were right at the heart of?

Border patrol apprehensions at the southern border -- that didn't start in 2016. Look at these numbers: Over 3 million arrests in the last 10 years alone. And look at the humanitarian crisis -- hundreds of deaths, every year, and that's just in the last decade.

Here's a little fact-check for you, Chuck. Donald Trump was not in office the last decade. But guess who was? You! You and all the geniuses who love to attack President Trump. What have you done to fix our broken immigration system? All these years, Pelosi and Schumer have been in Congress. All these years, whether it's Bush or Obama, it's just talking, talking, talking.

It's the same on trade. They attack President Trump's trade strategy without pausing for one second to acknowledge the consequences of their own.

"Trade wars are only lost, and this whole liberal international order in terms of rules-based trade that we have helped establish over the past 70 years, we are now running away from," said former Sen. Jeff Flake, R-Ariz. in an interview on another cable news network. "And I think our allies are certainly scratching their heads and saying, 'Where are they going?'”

But for decades, America's trade policy, supported by establishment Democrats as well as establishment Republicans, helped the people at the top -- people like Jeff Flake's donors -- and hurt working Americans.

We talked a lot about wage stagnation after the Great Recession 10 years ago. But for most American workers, their wages, after taking account of inflation, were stagnant for decades. And guess who finally turned that around, with the fastest wage increases for a decade last year? President Trump.

The trade policy backed by all the Trump-haters in Washington helped destroy close to 4 million manufacturing jobs. The geniuses said Trump's crazy tariffs would be a disaster. So how do they explain that last year was the best year for American manufacturing job growth since 1997 -- since before China joined the World Trade Organization?

Speaking of which, the establishment's policy on China has obviously been a total failure. Even CNN's Fareed Zakaria now admits as much, writing, "China has failed to enact promised economic reforms and backtracked on others, and uses formal and informal means to block foreign firms from competing in China’s market."

For decades, without so much as a peep from the Trump-hating establishment, China manipulated its currency and stole American technology. On top of that, according to an October 2018 study from the Economic Policy Institute, "The growth of the U.S. trade deficit with China between 2001 and 2017 was responsible for the loss of 3.4 million U.S. jobs."

Trump's critics -- all of them -- meekly went along with the establishment's humiliating China swoon. If we suck up to China, they said, China will reform. It will become more democratic. It will be our partner.

"I worked with the Chinese," Colin Powell said in an interview in October 2018. "Now, it’s sort of come down to a trade war. The last thing we need with anybody, is a trade war."

No, Colin Powell, the last thing we needed was for you and your stupid policies to help bring America's No. 1 enemy to the brink of global domination. Yet, that's exactly what you did -- in areas like quantum computing and artificial intelligence. And now you and all the other establishment idiots have the nerve to criticize President Trump for trying to clean up your mess by at last standing up to China.

Oh, wait -- that's because they really know foreign policy, whereas Trump, of course, is an ignoramus.

"How do you, as President the United States, ignore your Secretary of Defense and just about everybody else on the foreign policy landscape that matters?" asked "Morning Joe" co-host Joe Scarborough.

“Everybody who matters.” I think you misspoke, Joe. You surely meant, everybody who got it wrong -- for decades.

On issue after issue, yes, Trump is barging in. Yes, he is throwing out the old playbook. It's called change, and unlike Obama, who talked endlessly about change, President Trump is actually delivering it.

According to the Brown University "Cost of Wars" project, the combined cost of America’s post-9/11 wars has climbed to almost $6 trillion dollars. And a combined study led by university researchers around the world found that about a half million people died in Iraq as a result of war-related causes between 2003 and 2011.

When President Trump tries to change course, what does he get from the people who brought us these horrific failures? Criticism.

"There’s something ringing in my ears -- the impulsivity of the commander-in-chief – the impulsivity and absence of a strategy with American national security," MSNBC's Nicolle Wallace, former White House director of communications under President George W. Bush, said recently.

The “impulsivity”? What? Nicolle Wallace literally helped persuade America to go to war on a lie -- one of the costliest and bloodiest wars in modern history.

But oh no. When President Trump announces his intention to withdraw from Syria and wean the Middle East off of its reliance on a U.S. presence, suddenly he’s the one who's destabilizing the area. What a total joke these people are!

On issue after issue, yes, Trump is barging in. Yes, he is throwing out the old playbook. It's called change, and unlike Obama, who talked endlessly about change, President Trump is actually delivering it.

Look, I'm not expecting the establishment to suddenly open their arms to Donald Trump. But considering their own role in creating the long-term challenges that this president is now addressing, could they just show a little humility before embarking on their next Trump-hating rant?

Adapted from Steve Hilton's monologue from "The Next Revolution" on January 20, 2019.