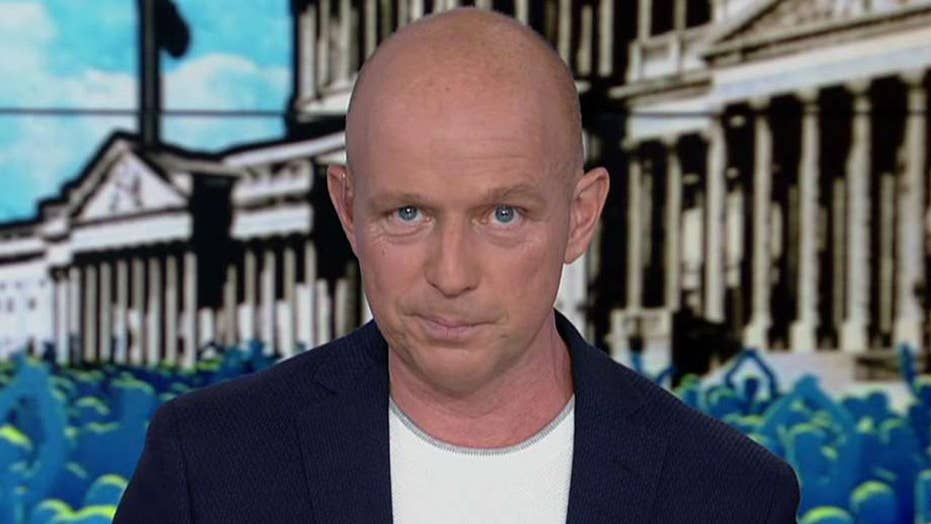 In under four minutes, Steve Hilton defends the president against the left's accusations.

President Trump's defense began Saturday and continues Monday. His lawyers say they won't need the full 24 hours they've been given.

Damn right. The Democrats' case is so thin. You don't even need 24 minutes to rebut it. In fact, I'm going to do it for you in under four minutes. And we will prove it to you.

On their first article, abuse of power. They say President Trump asked a foreign country to interfere in our election.

No. If it's an American who is asking, that's not foreign interference; it is opposition research, like when President Bush asked the Brits for dirt on Bill Clinton or when Hillary paid for Russian dirt on Trump. How about that, Democrats?

In any case, of course Joe Biden should be investigated by Ukraine. He controlled billions of dollars of U.S. aid to the Ukraine energy industry while his son was on the board of a Ukraine energy company. We need to get to the bottom of that obvious corruption, and only the Ukraine government can do it.

They say Trump abused power because he put his personal political interest over national security. That is total BS. The Javelin anti-tank missiles the Ukrainians needed to fight the Russians were never part of the delayed security assistance. Trump sent those weapons; Obama blocked them.

But you don't even need to make these arguments on the substance. If you look closely at the Democrats' case, they're not actually saying that the president should be removed from office for delaying foreign aid or calling for investigations. They're saying he needs to be removed from office because of his motive -- not because of what he did but why he did it. His motive, they say, is the impeachable abuse of power because it was self-serving, putting his personal political interest ahead of the national interest.

So there's your rebuttal. It wasn't abuse of power; it was normal politics. It wasn't obstruction of Congress; it was normal checks and balances haggling. And yes, you do need to crime. But no, you haven't got one, Democrats.

But on that basis, every U.S. president in history would be impeached. There is always self-interest in any political action or decision. To pick a random example, like President Obama with the Russians over arms control in 2012.

It's hard to imagine a more ludicrous basis for impeachment than the wrong motive argument in the Democrats' first article. But somehow they've pulled off that feat with their second article, obstruction of Congress.

They're saying Trump should be removed from office for not handing over information, including witnesses. But that's literally part of checks and balances that is laid out in the Constitution. Congress asks, the executive branch says no, the courts decide. It happens the whole time and has throughout our history.

You don't go straight for impeachment to shortcut the process. The obstruction of Congress Article is so obviously made up and stupid, it's barely worth discussing.

One more thing, the question of whether the president committed a crime. First, they said, you don't need a crime. Now, they say they've got one because the Government Accountability Office says the delay on aid was illegal.

A) That's rubbish because the aid was paid in the specified accounting period, so no law was broken.

B) That same outfit said Obama broke the law seven times. I don't remember anyone wanting to impeach him over that.

C) Yes, you do need a crime because the actual Constitution says treason, bribery or other high crimes and misdemeanors. 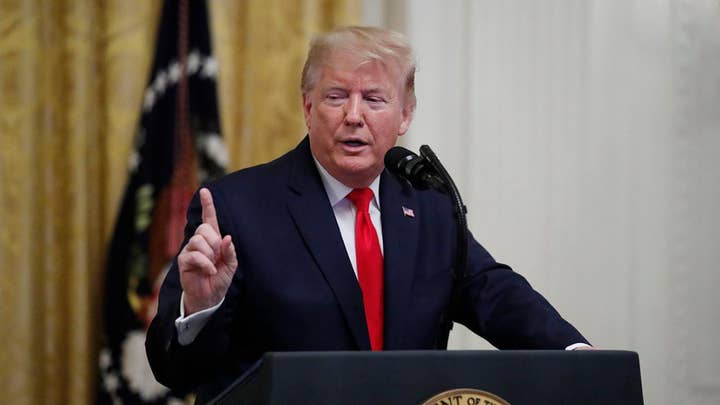 As Jenna Ellis pointed out last week, it's funny how they always leave out that word "other." It's kind of important, and also kind of inconvenient for the Democrats and their impeachment lapdogs on ruling class state TV.

So there's your rebuttal. It wasn't abuse of power; it was normal politics. It wasn't obstruction of Congress; it was normal checks and balances haggling. And yes, you do need to crime. But no, you haven't got one, Democrats.

That's it. We're done. Acquit the president. End this fast. And for the love of God, spend your time working on real issues that affect the real lives of the actual people you're supposed to represent -- like President Trump is doing every day, showing that giant contrast between Trump results and Democrat stunts.

Adapted from Steve Hilton's monologue from "The Next Revolution" on Jan. 26, 2020.