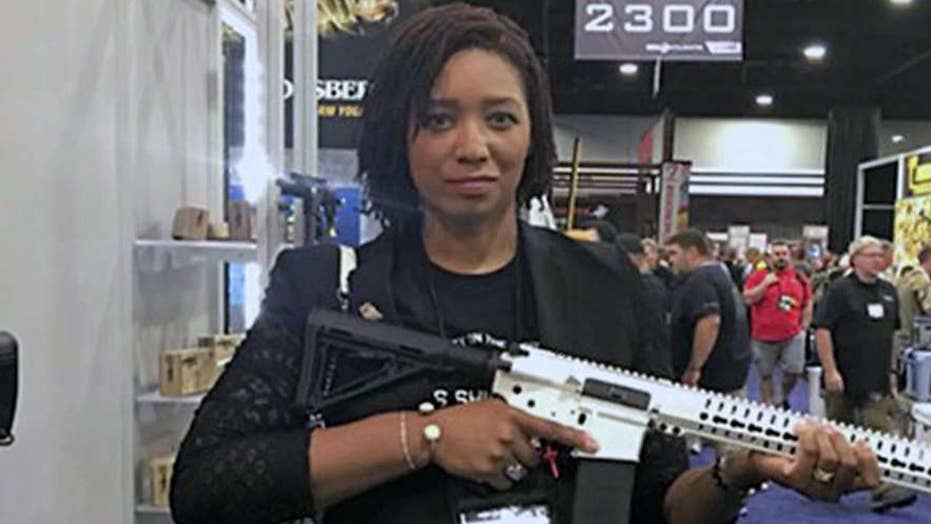 Columnist quits after being suspended for defending NRA

There is no better place on earth to be a gun owner than the United States. Let me explain that bit of patriotic fervor; I’m an Air Force veteran and fourth generation military veteran, married to… you guessed it, a veteran. Being pretty open about what is important is a crucial part of being in media, which is why as a radio host I often share that; I’m a Jesus lover, family first chick who proudly supports the NRA as a member and gun owner. Being open and out there with a social media presence was part of the reason that the St. Louis Post Dispatch asked me to “balance their opinion editorial page” by writing a weekly column last fall.

On April 28, my column “Guns and the media” appeared online and in print after going through our weekly routine of submission via email, editing and approval by the opinion editor.

The column was a strong defense of law abiding gun owners and members of the National Rifle Association from a spurious comparison to the Islamic State. Later that same day email notice of my column’s suspension was sent. Apparently being an open supporter of the NRA, gun owner, marksman qualified Air Force veteran and regular television and radio pundit weren’t enough disclosure for the St. Louis Post-Dispatch. After a number of email exchanges made it clear that the truth wasn’t what the editor was after, I chose to terminate the contract.

This is yet another example of the often unhinged and unexplainable tendency of the left to demonize guns and gun owners regardless of how factually unsupportable the claims may be.

Each day gun owners work, eat, pray, worship, and otherwise move freely about the country with people who do not own guns.

“Guns and the media” called print journalists to account for guest columns that appeared in two different newspapers.  In the St. Louis American, a weekly paper distributed in the St. Louis metro area, a guest columnist wrote, “Gun owners love their guns more than they love their children.”  This is a demonstrably false generalization that a good editor would have refused to print.  Instead of allowing this blanket insult towards millions of law abiding American gun owners the editor should have worked through the writing process to assist the writer to honestly present a perspective about children killed in separate incidents around the country.

The second item appeared in the Columbia Missourian and was written by a Missouri State University journalism school professor emeritus. In his column titled, “The NRA's influence is a danger to us all.” Professor George Kennedy compared NRA members to the Islamic State.  Of course this isn’t factually supportable, nor does it advance the cause of constructive dialogue among readers.  It serves only to inflame and alienate anyone who owns a firearm or has membership in the NRA.

Do either of these two writers realize that they are constantly interacting with people who own firearms?  Each day gun owners work, eat, pray, worship, and otherwise move freely about the country with people who do not own guns.

If we were really anything even remotely akin to the Islamic State (with roughly 360 million guns in this country) there would be a constant internecine war every day in every location.  Surely Professor Kennedy knows this, and if not, then a lunch meeting with an ISIS member would certainly disabuse him of the idea.

If these two columns were isolated incidents simply calling them out would suffice. Yet, they aren’t. There is a total lack of self-awareness present in the idea that by appearing on television, or guest hosting for NRA programs, my assertion that NRA members are not like ISIS somehow becomes false. And let’s not forget the double standard: there is no chance that a comparison of abortion supporters to ISIS would ever have made it to print.

If the left wants a discussion on guns they must begin by getting out of their feelings and into facts. We are beyond tired of the hysterics.