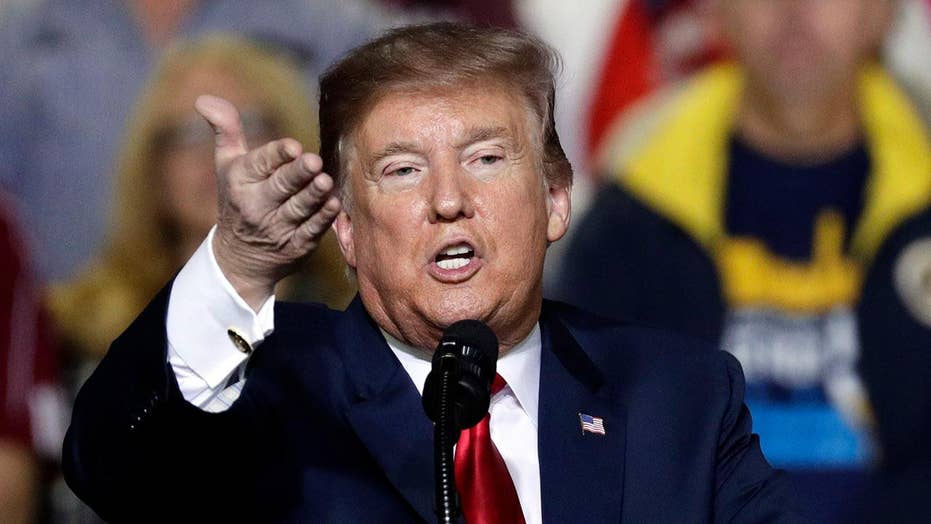 President Trump delivers remarks on his administration's agenda and relations with North Korea during a rally in El Paso, Texas.

The U.S.-Korea negotiations are over. No, not the U.S.-North Korea denuclearization talks. That summit meeting is still more than a week away. One issue that won’t be on the table is the state of the American-South Korea military alliance.

Washington and Seoul have reached a deal -- a compromise cost-sharing agreement for American forces stationed in the Korean Peninsula.

In sealing the deal, South Korean officials made new friends in the West Wing, while earning the respect of President Trump for being tough negotiators.

Now, Trump must be careful not to squander the stronger negotiating position he just achieved.

Trump was right to try to defuse the crisis brewing with Pyongyang by opening a new diplomacy track. But the president and everyone else knows Kim has done nothing yet to earn our trust. Just the other day, the senior U.S. military commander in South Korea reported North Korea is no less of a threat.

We’ll know North Korea is serious about negotiating if it agrees to make a full, complete and verifiable accounting of all its nuclear assets. Until then, we should make no concessions to North Korea.

The path forward for Trump is clear: Now that you’ve gotten your allies to stand strong, don’t sell them short.

Trump respects allies that contribute and help themselves. He respects a tough negotiation. And he respects those with the courage to seal the deal.

Trump didn’t get all the military support funding he had hoped for. He accepted a reasonable, incremental growth in Seoul’s reimbursements.

In making that deal, South Korea just passed Trump’s stress test -- and earned itself a stronger and more faithful ally because of it.

Trump’s deal with South Korea is not a one-off. The administration pressed other NATO members to deliver on their commitments.

The head of NATO recently acknowledged that Trump’s tough negotiating brought another $100 billion into the alliance. There again, the president accomplished what he really wanted: not to bail on NATO, but to have the alliance stand up and be capable of doing its job, with every member playing its part.

There’s a lesson in all of this: When Trump says he is negotiating, he is.

From the start, it was never about abandoning the alliance; it was about making a deal that would make the alliance better.

Some fret about the future. In the case of U.S.-South Korea alliance, a cost-sharing arrangement may be renegotiated annually instead of every five years. Given the contentiousness of this last negotiation, people on both sides dread going through it again next year.

But the next round of negotiations need not be so fraught. What’s more likely is that, with a new cost-sharing baseline now established, future negotiating rounds will be an iterative process, rather than starting over each time.

This is also likely to be true for burden-sharing with NATO. Expect Trump’s attendance at the next NATO meeting to be about building on success, not browbeating about the future.

These examples say a lot about dealing with Trump on the global stage. He is, without question, the most unconventional statesman of the modern era. And while many detest how he negotiates, even they have to acknowledge that negotiating is an important part of Trump’s tool kit.

His approach is not all or nothing. Nor does Trump make deals for the sake of making deals. Nor will he compromise America’s interests to get a deal or throw friends and allies under the bus.

He favors a tough, honest negotiation where both sides get something in deals that offer an off-ramp to competition and hostility.