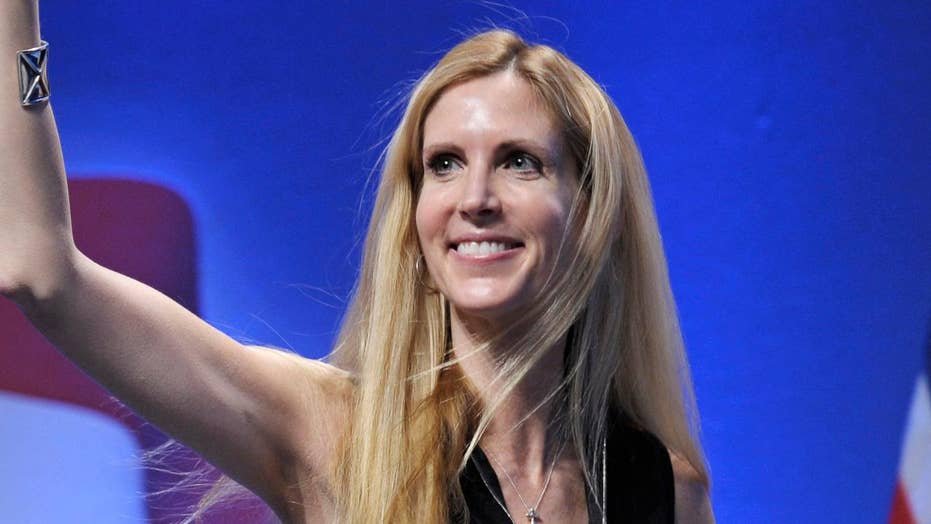 Ann Coulter plans to speak at Berkeley despite rescheduling

Carley Shimkus has the details

Amazing how a lawsuit can rattle the rust off an outdated institution.

A couple of weeks after Bellwether spotlighted the University of California at Berkeley’s cancellation of a speech by conservative firebrand Ann Coulter, a student group has sued the university for inhibiting free speech on campus.

Good for the students!

Bellwether had argued that shutting down Coulter because of supposed security concerns amounted to viewpoint discrimination, which the Supreme Court has repeatedly ruled is illegal. That’s the argument that the Berkeley College Republican club made in its lawsuit, filed in federal court this week.

And, after trying to ignore the issue for a few weeks, Berkeley has now been prodded into responding. The school says that Coulter is welcome on campus, but only during the first week of May, which, not so coincidentally, is a study week in preparation for final exams. That’s like inviting someone to your house, then locking all the doors and turning out the lights.

Significantly, the lawsuit also names Janet Napolitano, the president of the University of California’s extended college system. Remember her? She was President Obama’s first secretary of Homeland Security and a previous governor of Arizona. Though she is now fighting cancer (and we wish her all the best in that challenge), Napolitano is ultimately responsible for defending free speech on the campuses she administers. Naming her personally sends a signal that real people, not just institutions, must be held to account when freedom is threatened.

Berkeley’s lame defense exposes just how out of touch the school is. This isn’t the 1960s, folks. And being conservative is not a crime, or a personality disorder. It’s just a point of view that Berkeley, and other universities, try to keep in a dark closet, like dusty lawn furniture that never gets used.

Hey, Berkeley: What kind of world are you preparing your students to enter? In case you hadn’t noticed, Donald Trump is president, Republicans control both houses of Congress, and Neal Gorsuch just donned the robes of a Supreme Court justice.

This isn’t the first time Berkeley has tried to shut down free speech. Back in February, it refused to let conservative bomb thrower Milo Yiannopoulous deliver remarks on campus. The reason then was the same as with Coulter: people who don’t agree with him threatened to disrupt the event. Some protesters carried signs that read, “This is war.” Really? What’s going on in Syria is war. In Berkeley, it’s more like whining.