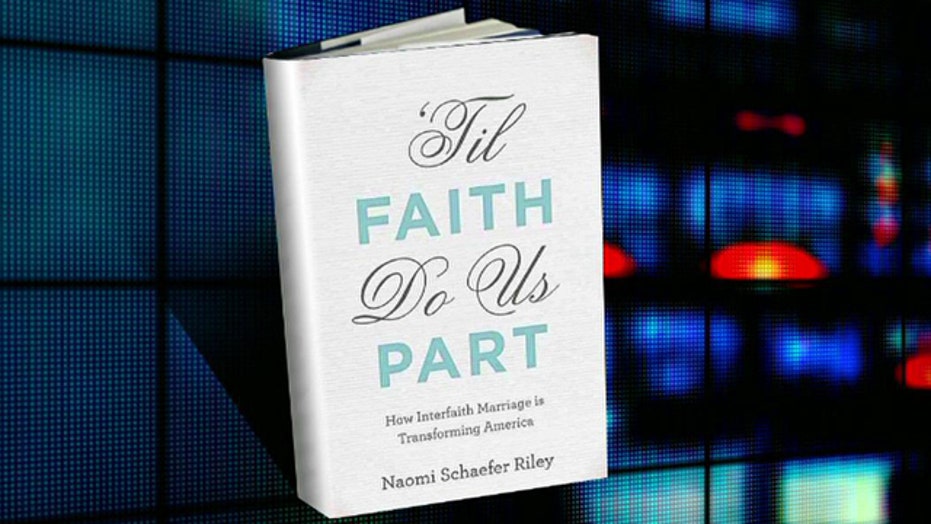 Are interfaith unions a mixed blessing?

In July 2010, I commissioned a nationally representative survey of 2,500 people, including an oversample of people in interfaith marriages.

I asked respondents about how old they were when they married, how they were raising their children, how they felt about members of other faiths, how often they attended religious services, and how welcoming they thought their religious communities were to interfaith families, along with dozens of other questions.

The results--combined with interviews I conducted with members of interfaith couples, religious leaders, marriage counselors and academic researchers--appear in my new book "'Til Faith Do Us Part: How Interfaith Marriage is Transforming America."

1. Forty-two percent of marriages in the U.S. are interfaith ones. Marriages between people of two different religions are becoming more common in every area of the country, and for men and women regardless of educational status or income level.

2. Couples in interfaith marriages are, on average, less happy than same-faith ones. In certain faith-combinations they are more likely to divorce. While roughly a third of all evangelicals’ marriages end up in divorce, that climbs to nearly half for marriages between evangelicals and non-evangelicals. It is especially high for evangelicals married to someone with no religion--61%.

3. Jews are the most likely to marry out and Mormons are the least likely. Muslims, Catholics and Protestants fall somewhere in the middle. As many as 1 in 5 Muslims marries someone of another faith. This seems to be a major driver of the assimilation of American Muslims.

4. Children of interfaith couples are more than twice as likely to adopt the faith of their mother as the faith of their father. Which is not surprising when you think about it. In America, anyway, mothers are typically the ones in charge of family religious practice--they are more likely to attend church, read the Bible and shuttle children to religious school.

5. A quarter of couples in same-faith marriages actually started off in different faith ones. This suggests not only that religion in America is remarkably fluid, but also that spouses can have a powerful influence over one's spiritual choices.

6. The older you are, the more likely you are to marry outside of the faith--67% of people who marry between 36 and 45 are in interfaith marriages.

As we put off marriage, the time between when we leave our parents home and start our own families grows, and so often does our time away from religious institutions and practice.

By the time we settle down we may not think of ourselves as particularly religious anymore and we may not consider faith much of an issue in picking a partner.

7. Marrying someone of another faith makes you more likely to have a positive impression of that faith as a whole. And it's not just the couple themselves that is affected.

Other researchers have found that any kind of contact Americans have with someone of another faith is likely to lead to warmer feelings toward that faith. And so the contact that occurs through an extended family connection is also likely to have this effect.

Naomi Schaefer Riley is an author of several books. Her latest is "Be the Parent, Please: Stop Banning Seesaws and Start Banning Snapchat: Strategies for Solving the Real Parenting Problems." (Templeton Press, January 8, 2018 )