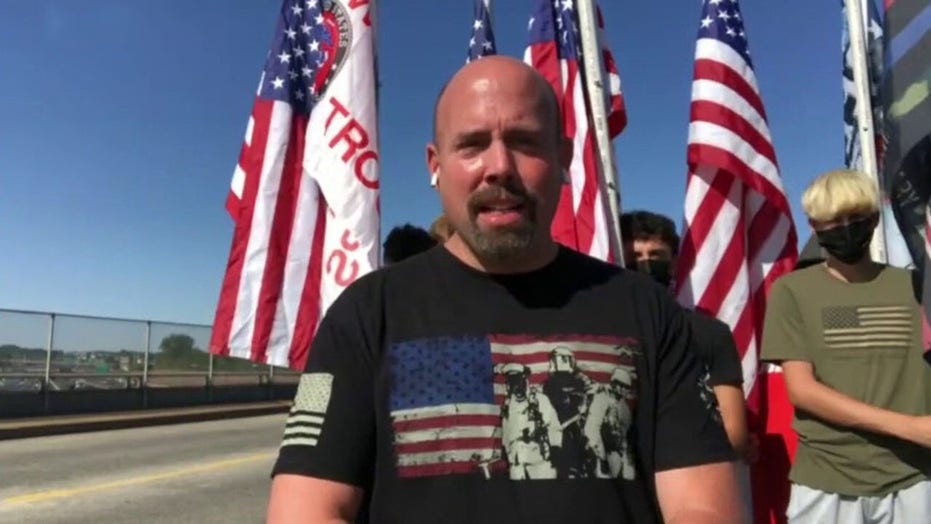 On. Sept. 11, 2001 — exactly 19 years ago— our nation was stunned by a series of brazen attacks by terrorists who wanted to see our way of life destroyed.

I was a Navy SEAL chief stationed in California and was called by a friend who lived on the East Coast. My friend told me to turn on the TV and that we were under attack. When I did, I saw the World Trade Center buildings burning.

I kissed my wife, told her to keep the kids home from school, and drove to the SEAL teams to go to war to defend my family and our nation.

When I got to the teams, there were already snipers on the rooftops of our buildings. There was no panic, no angst, no uncertainty. There was an overwhelming sense that now is the time we had trained for all these years. I already had three deployments as a SEAL under my belt, including one in combat. But for many SEALs this would be the first time they deployed.

Throughout the day we started getting ready for the business of war. We had the news constantly playing in the background. More planes were smashed into our country at the Pentagon and in a field in Shanksville, Pa.

The French newspaper Le Monde captured the real sentiment best, not only for our country but for the world, with the beautifully written headline: “Nous sommes tous Américains”— “We Are All Americans.”

This gave us all pause to think. Yes, we had been bloodied. Our fellow citizens had been killed by people who wanted to see our way of life replaced with one we had not chosen for ourselves or our children. We were presented with an incredibly challenging set of circumstances, the most troubling one being uncertainty.

But in that moment we realized that we were not broken. We were galvanized as a people and we understood that we would not be bested by the uncertainty we were facing. We knew that when we are united there is nothing we cannot accomplish as a nation. When we respect each other and honestly face our problems in good faith we will prevail.

On Sept. 11, 2001 we were attacked from outside by a small group of people who wanted us to think that we were an unjust nation that was the cause of all of the world’s problems. The attackers thought we would not fight back for our freedom because we were a weak nation whose people were not united.

Now our cities are burning, occupied, and under attack from Antifa — a small group that believes some of the same things as the 9/11 terrorists. However, this time the attackers are Americans and they have bought into a vision of America that is not true.

Make no mistake about what I am saying. These are not our enemies — they are our countrymen. However, peaceful protests are just that — peaceful. Those who riot must be held accountable or the riots will never stop.

We see day after day of unrest and uncertainty; the smoldering ruins of our cities; fellow citizens suffering acts of violence intended to divide us. The bad actors committing these crimes are trying to keep us off balance by overwhelming us with disturbing images so that we will lose sight of the truth. The left-wing news media are largely complicit. We have seen this before.

The only thing that will stop this cycle is when we step back and remember that “Nous sommes tous américains”— “We Are All Americans.”

When we start seeing each other through the lens of the American flag we will begin to work together once again for a better future for ourselves, our families and our nation.

In his second inaugural address, President Abraham Lincoln was reaching out to a nation that was truly fractured.

Lincoln said: “With malice toward none; with charity for all; with firmness in the right, as God gives us to see the right, let us strive on to finish the work we are in; to bind up the nation’s wounds; to care for him who shall have borne the battle, and for his widow, and his orphan — to do all which may achieve and cherish a just, and a lasting peace, among ourselves, and with all nations.”