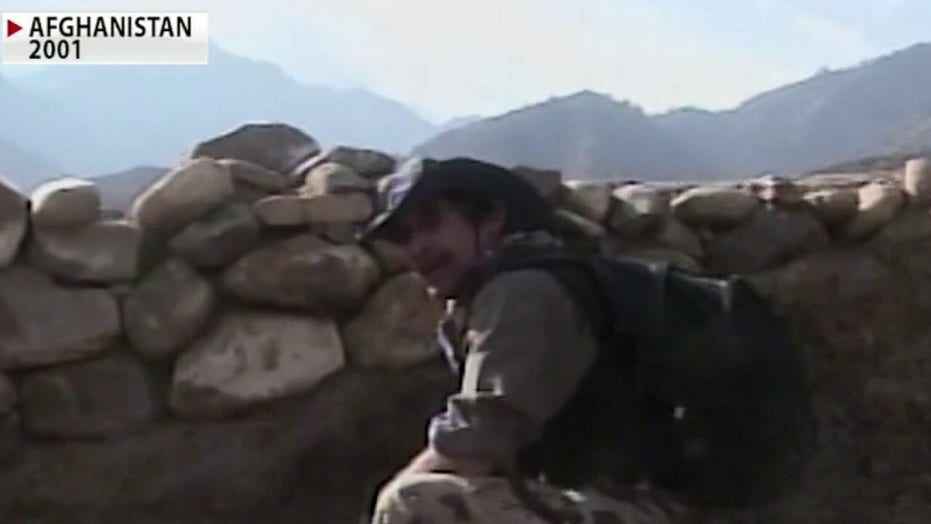 On the morning of September 11, 2001 a dear friend and former CIA colleague of mine was in Manhattan when Al Qaeda terrorists struck our homeland and murdered almost 3,000 innocent people in New York City, the Pentagon and Shanksville, Pa.

Witnessing the deadliest terrorist attack in human history had the most significant impact on my former colleague’s career. He later told me that the images of innocent victims jumping from the towers to their deaths remain seared in his consciousness.

Up to that point he had never served in South Asia. But he would go on to serve multiple tours in conflict zones there as well as in the Middle East, on the front lines in the fight against terrorism.

Sept. 11, 2001, was transformational for me and my colleagues in the intelligence community, State Department and military — and for our entire nation.

Al Qaeda’s horrific act of mass murder demonstrated that our enemies could reach us in spite of the oceans that separated us from Europe, Africa and Asia. We had become accustomed to sending troops off to foreign lands in wartime. Now the war on terrorism had reached the continental United States.

When I was serving as a CIA station chief in South Asia in 2016, a visiting congressman asked me when this “war” would be over so we could withdraw from the region.

The world is even more interconnected today, including through cyberspace. This makes America even more vulnerable to attack. At the same time, security precautions at airports and federal buildings, in particular, have increased considerably since Sept. 11, 2001.

One of the most critical lessons of the Sept. 11 terrorist attacks was that we need a robust forward presence to protect us, especially against threats emanating from ungoverned spaces. This includes intelligence collection, diplomacy and — when justified — military engagement so that we can detect threats and take appropriate action to prevent terrorists from striking us again.

A forward presence should be as small as necessary to accomplish the mission of defending our nation within a limited scope. Protecting America from attack should not be confused with an “endless war” or our failed efforts this century at nation-building.

What we need to do is follow the late columnist and Fox News contributor Charles Krauthammer’s strategy of “forward defense.” This entails confronting our enemies “over there” rather than allowing them to plan and execute attacks on our homeland from ungoverned space in failed states.

Krauthammer believed we should only risk spilling our nation’s blood and treasure when there is a strategic necessity.

In this Sept. 11, 2001, file photo, smoke rises from the burning twin towers of the World Trade Center after hijacked planes crashed into the towers, in New York City.  (AP Photo/Richard Drew, File)

I know from firsthand experience how our brave patriots serve in harm’s way to prevent attacks on our homeland. They put service to our country ahead of their own safety, comfort and earning potential. They serve often in the most dangerous locations while their families back home worry about them. But there is no place they would rather be than on the front lines, protecting our nation from ruthless adversaries who seek to do us harm.

The key is to settle on the minimal forward-deployed presence required to detect and preempt threats before they are visited on our shores. We’ve drawn down our troops in Afghanistan and Iraq by massive amounts since surges during the previous decade. The Trump administration announced Wednesday that further withdrawals will leave only 3,000 U.S. troops in Iraq by the end of September and 4,500 in Afghanistan by early November.

President Obama’s precipitous withdrawal of all U.S. forces from Iraq in 2011, which helped create the conditions for the massive growth and spread of the ISIS terrorist group in the Middle East, is an admonition about the danger of withdrawing our forward-deployed capability before the threats are fully eliminated. Obama was forced to send combat troops back to Iraq in 2014 to fight ISIS.

When I was serving as a CIA station chief in South Asia in 2016, a visiting congressman asked me when this “war” would be over so we could withdraw from the region.

I told the congressman that as long as the local authorities were unable to eliminate the underlying causes of terrorism and as long as there were failed states — which terrorists exploit to recruit extremist followers and plot attacks against us — we would need to be on the watch and prepared to take action to defend ourselves in the most faraway places.

Today Al Qaeda is still a threat. Its leader, Ayman al-Zawahiri, is still waging jihad. The U.S. destroyed the ISIS so-called caliphate in Iraq and Syria, but roughly 20,000 ISIS fighters have melted into an insurgency, which continues to threaten Iraq, the region and beyond.

We should start, therefore, with a clear assessment of the threats to our national security that emanate from terrorist hot spots like Afghanistan and Iraq. We can then consider how much or whether our forward-deployed U.S. military and intelligence personnel should withdraw even further — and if so, under what timetable and who should remain to work with forces of our allies.

In a 2019 speech at the American University in Cairo, Secretary of State Mike Pompeo emphasized that when “America retreats, chaos often follows.”

On this most solemn day, let us remember terrorism’s innocent victims and be deeply thankful to our brave patriots continuing to serve our grateful nation on the front lines.