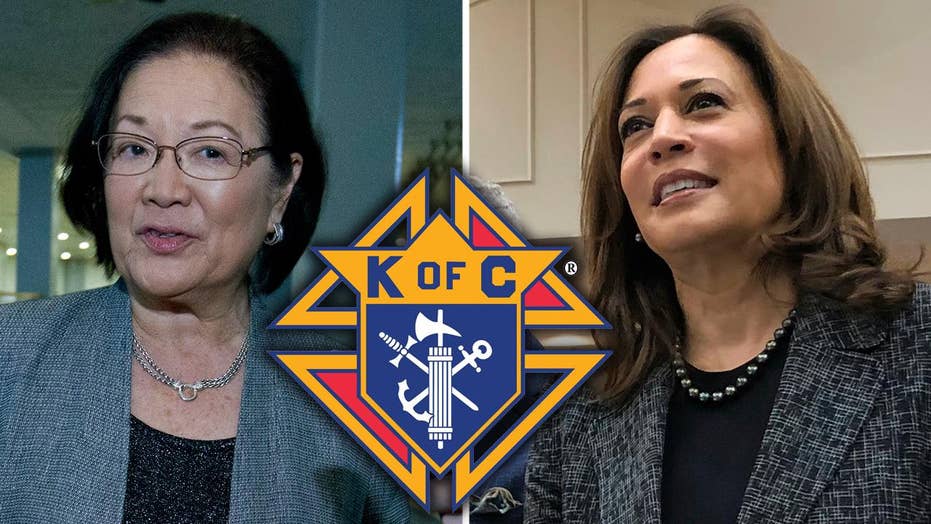 Brian Buescher, a nominee to sit on the U.S. District Court in Nebraska, was pressed by the Democratic senators if he could hear cases fairly or if he was intending to leave the Catholic organization if confirmed; reaction from Rev. Gerald Murray.

Quick,somebody please remind Democratic Senators, Kamala Harris and Mazie Hirono, that they’re members of what’s supposed to be the tolerant party. Based on the bigoted questions they recently posed to a judicial nominee, they may think that Democrats are the heirs of the anti-Catholic Know Nothing party.

Senators Harris and Hirono challenged federal judicial nominee Brian Buescher about his affiliation with the Knights of Columbus, an international Catholic charitable organization with nearly 2 million members. What, specifically, are the senators upset about? That the Catholic organization espouses the teachings of the Catholic Church. How dare it!

Senator Harris asked the nominee whether he agreed with the leader of the Knights, who once said that abortion is “the killing of the innocent on a massive scale.” Somebody should tell her that Pope Francis recently compared abortion doctors to hitmen.

Harris' question reflects an alarming trend among Democratic politicians: the desire to root out any speck of religious belief that may threaten the Holy Grail of the left: abortion on demand. And what Sen. Harris seeks to do with questions like this is force underground anyone – not just Catholics – with religious objections to abortion.

Sen. Hirono, whose biggest campaign committee contributor was the pro-abortion group EMILY’S List, even went so far as to ask Buescher if he would discontinue his affiliation with the Knights. “If confirmed,” she asked, “do you intend to end your membership with this organization to avoid any appearance of bias?”

What’s the objective? Hirono's goal is to obstruct and defeat every white, male, conservative judicial nominee of the Trump administration.

That was fully on display during the Kavanaugh confirmation when she demanded that every male just “shut up.” Even if this is her objective, and even if she is a woman, religious bigotry should not be tolerated.

As for Sen. Harris, she has 2020 White House aspirations. She would do well to recognize that being on the left edge of the West Coast is far from middle America. Any pathway to 2020 still takes you through Iowa and neighboring Nebraska for that matter.

Buescher would have been in the right to blast both senators for these questions. Instead, he calmly explained that “judge[s] must decide cases and apply the law, not advocate for one side or the other in a legal proceeding.” Simply put, his faith and religiously affiliated volunteerism has no bearing on his ability to faithfully execute the duties of a federal judge. For Harris and Hirono to insinuate otherwise is an insult to all people of faith, whether Catholic, evangelical, Jewish or Muslim.

And remember, Harris and Hirono aren’t the only senators making these suggestions. In 2017, Democratic Senators Dick Durbin and Dianne Feinstein suggested that judicial nominee Amy Coney Barrett’s religious belief rendered her unfit for the bench. A few months before that, the supposedly progressive Bernie Sanders, I-Vt., suggested that Russell Vought, an evangelical nominee for a position in the Office of Management and Budget, was unfit for public service because of his belief in the Gospel.

Sanders’ treatment of Vought makes clear that it’s not only Catholics who should be alarmed by this trend among Democrats and progressives. The left seeks to stifle any public expressions of religious belief, whether it’s relevant to one’s job or not, and block from government anyone whose religious beliefs run counter to the ideology of the left.

For Hirono and Harris, the target was a Catholic who disagreed with them about abortion. For Sanders, it was an evangelical who disagreed with him about salvation through Christ. Other senators will find other reasons to oppose nominees of other religions. Their goal is simple: to drive religion out of the public square, even if that means suggesting that a nominee is an extremist for belonging to a 2-million-member organization that raises money for the intellectually impaired, feeds the hungry and clothes the poor.

People of all faiths and members of both parties must rise up and speak out against this rank bigotry. If you think it will stop with Catholics, you’re already wrong. And if it’s allowed to continue, the Senate will succeed in instituting an unconstitutional religious test.