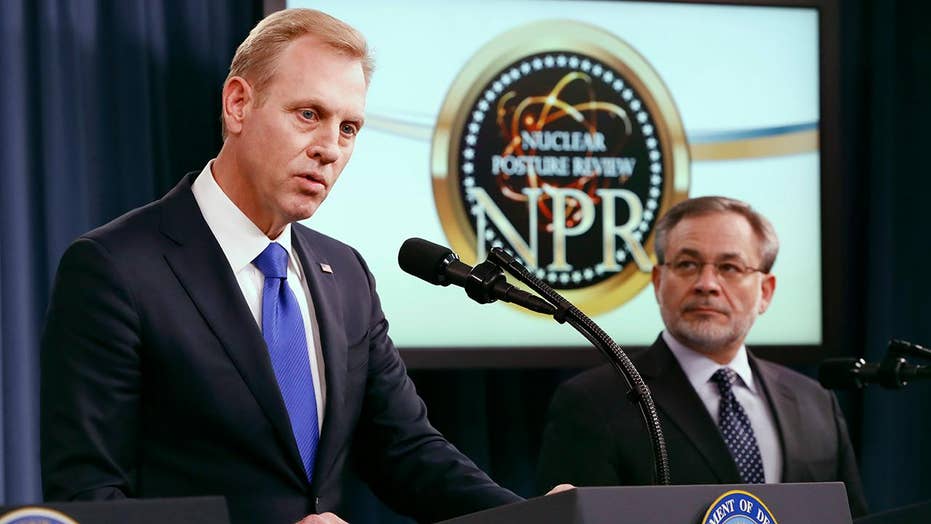 Last Friday, the Department of Defense released its Nuclear Posture Review, the first of its kind since the 2010 study conducted by the Obama administration. This review is the culmination of a comprehensive, interagency effort assessing the requirements, force structure, policies, and infrastructure associated with our nuclear deterrent. It’s also forward looking and describes the administration’s policies.

Much of the policy articulated in the 2018 Nuclear Posture Review is unchanged from previous reviews. The need to deploy a triad of strategic nuclear forces (land-based intercontinental ballistic missiles, submarine-launched ballistic missiles, and bombers) is once again confirmed. Plans from the Obama administration to modernize these systems are also affirmed. Our current systems, though still effective, have been deployed well beyond their designed service-life, in some cases by many decades.

While constancy is a principal message of the report, it does recommend two significant changes to U.S. nuclear posture. First, the deployment of a low-yield warhead on a submarine-launched ballistic missile. Second, the return of a nuclear-armed sea-launched cruise missile capability, which was long part of U.S. nuclear forces until 2010.

What was once a relatively benign security environment has been replaced by one of increasing uncertainty and risk. Consider, for example, the 2010 review’s declaration that “Russia is not an enemy, and is increasingly a partner in confronting proliferation and other emerging threats.”

To explain the need for these systems, the review outlines the differences in the international security environment since the 2010 review. The world has changed considerably over the last seven years. What was once a relatively benign security environment has been replaced by one of increasing uncertainty and risk. Consider, for example, the 2010 review’s declaration that “Russia is not an enemy, and is increasingly a partner in confronting proliferation and other emerging threats.” Such an assertion would not be heard today.

Beyond Russia’s well-documented malign activities, it has embarked on an aggressive expansion of its nuclear forces and violated a number of international agreements. This includes the landmark 1987 Intermediate-Range Nuclear Forces Treaty. On top of that, China is expanding its nuclear arsenal. The report sums the situation up succinctly: “While the United States has continued to reduce the number and salience of nuclear weapons, others, including Russia and China, have moved in the opposite direction. They have added new types of nuclear capabilities to their arsenals, increased the salience of nuclear forces in their strategies and plans, and engaged in increasingly aggressive behavior, including in outer space and cyber space.”

That the 2010-era posture of our nuclear forces doesn’t fully meet the new security environment is not a surprise.

Critics have tried to paint the 2018 Nuclear Posture Review as an aggressive plan, one that increases the likelihood of nuclear war. We’ve seen arguments that low-yield systems, by virtue of their less-destructive power, are more likely to be used than high-yield systems and deploying such weapons increases the chance of nuclear Armageddon. This is a flawed argument, most obviously because our arsenal has always contained low-yield weapons. We deployed such weapons in considerable numbers during the Cold War. Fielding them and using them are two very different things.

Additionally, some suggest the 2018 Nuclear Posture Review expands the circumstances under which the U.S. would use nuclear weapons, such as in response to a cyberattack. To be clear, the 2018 review simply restates longstanding U.S. policy – also reaffirmed in the 2010 review – that our nation may employ nuclear weapons in response to significant non-nuclear attacks. Nothing in the latest review changes this standard whatsoever.

Nuclear weapons are the bedrock of our national defense, and changes in U.S. nuclear forces deserve thoughtful consideration and debate. The 2018 Nuclear Posture Review provides a prudent response given the threats we face around the world. The recommended path forward will better position our nuclear forces to deter conflict and reassure our allies.

Sen. Deb Fischer, R-Neb., is chairman of the Senate Armed Services Subcommittee on Strategic Forces, which is responsible for nuclear and strategic forces, arms control, and nonproliferation programs.