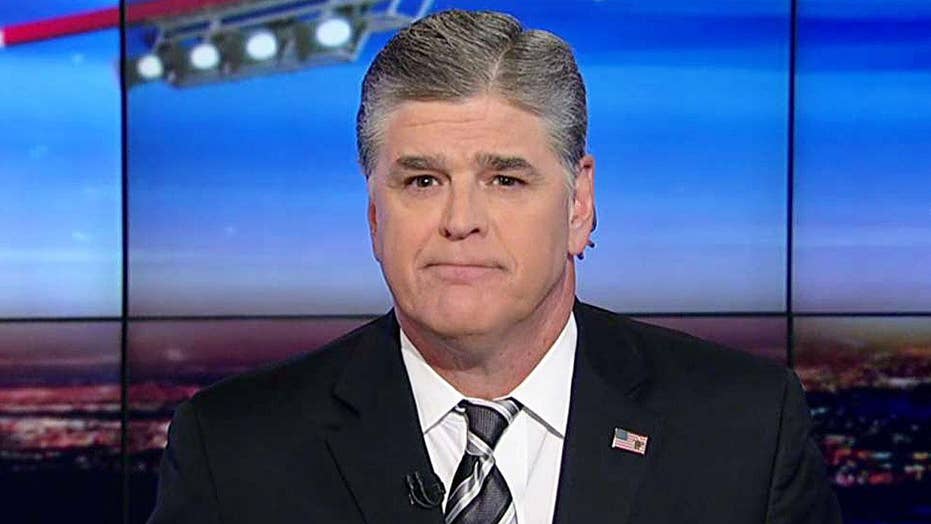 President Trump is once again left to deal with a foreign policy failure passed down from the Obama and Clinton administrations – the volatile situation in North Korea.

Over the weekend, North Korea held a military parade to show off its alleged intercontinental ballistic missiles and other weaponry. On Sunday, North Korean dictator Kim Jong Un conducted a new missile test, which failed at launch but succeeded in showing the world he is a desperate and dangerous man.

Vice President Mike Pence was at the Korean demilitarized zone to send a clear message north: The Trump administration is not going to simply kick this can down the road like Obama and Clinton did.

“We stand with the people of South Korea,” Pence said. “And all options are on the table to achieve the objectives and ensure the security of the people of this country and the stability of this region.”

If we don't learn from history, we are doomed to repeat it. And here is our history of appeasement with the North Korean regime:

Back in 1994, President Clinton’s administration struck a deal with Kim Jong Un's father, Kim Jong Il, where according to The New York Times, the U.S. agreed to give North Korea over $4 billion in energy aid over a decade in exchange for North Korea freezing and eventually ending its nuclear weapons program.

As part of the deal, North Korea agreed to allow inspectors into its nuclear sites. But they were also allowed to keep their nuclear fuel rods, which could be used to make weapons for an unspecified number of years. Even The New York Times was suspicious of that part of the deal, writing at the time, "This provision means that the potential that North Korea could break its agreements and quickly produce nuclear weapons will not disappear until the end of the decade."

Yet, nothing got in the way of Clinton’s victory lap.

“This is a good deal for the United States,” he gushed. “North Korea will freeze and then dismantle its nuclear program. South Korea and our other allies will be better protected. The entire world will be safer as we slow the spread of nuclear weapons.”

Of course, Clinton was just as wrong about that as Obama was when he claimed he made Syria get rid of its chemical weapons. Hoping to change the behavior of ruthless dictators by appeasing them simply does not work.

It didn't take very long for North Korea to turn its back on the deal made with Clinton and show new signs of aggression. In 1998, Pyongyang fired a long-range missile over Japan into the Pacific Ocean. And by 2006, the rogue regime had conducted their first nuclear test.

Under President Obama, we saw an explosion in dangerous, threatening activity from North Korea that included various nuclear and missile tests that went largely ignored by the Obama administration for eight long years.

If this approach sounds familiar, you might be thinking of the disastrous deal Obama struck with the radical mullahs in Iran. President Obama gave the rogue regime in Tehran $150 billion in exchange for their promise not to build nuclear weapons. Tehran agreed to let inspectors into their nuclear facilities, but guess what? Iran is still allowed to spin their centrifuges and conduct missile tests.

It’s easy to see where the Iran deal is going. All you have to do is look where we are with North Korea and Syria, where the president, John Kerry and Susan Rice all said Syria had gotten rid of their chemical weapons because the president drew a red line in the sand. It never happened.

Now President Trump has to deal with this mess because after eight years of the Obama administration, North Korea thinks it can do anything it wants without any sort of response.

The good news is President Trump has already shown that those days are over. He has taken a tough stance, and persuaded North Korea's key ally, China, to help resolve the situation. China has already agreed to stop buying North Korea's coal, which could cost Pyongyang about $1 billion a year.

Cleaning up the foreign policy debacles of past presidents is not easy, but President Trump knows making the world safer can’t wait for the next administration. He’s addressing these backstabbing dictators, and this time, they aren’t going to get the better end of the deal.