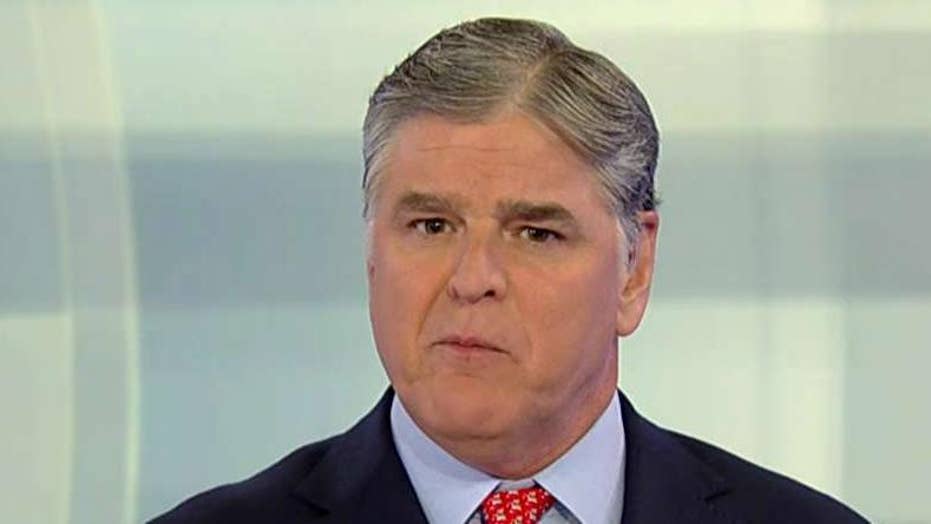 Hannity: Mainstream media has lied to you for years

Frankly, Maddow and her so-called colleagues, the so-called mainstream media, so-called journalists, should be embarrassed. They should feel humiliated, they should be apologizing to the American people. It will take me months, but we will follow every lead, and we will remind you what has been done here.

The truth has been laid bare for all to see. No collusion, no obstruction, no truth to the lies that have been peddled daily. We on "Hannity" have been right all along because, unlike the mainstream media, we have been telling the truth with evidence to back it up.

Many of you since yesterday have been writing to me and you want me to spike the football. I am not in any type of celebratory mood. This is a time where every American that now knows the truth should be angry at what has happened here to all of America. I am ticked off, and the rest of the country should be, too.

This is only the first chapter. This must be a day of reckoning for the media, for the Deep State, for people who abused power -- and did it so blatantly.

If we do not get this right, if we do not hold these people accountable, I promise you with all the love I can muster for this country and our future for our kids and grandkids, we will lose the greatest country God has ever given man.

We now have 675 days, $25-plus million, 2,800 subpoenas, 500 witnesses, 500 search warrants, doors kicked down, pre-dawn raids, felony convictions for process crimes, screws turned to get people to lie to hurt the president. Other lives were ruined, legal bills mounted for so many Americans, many of whom are now facing bankruptcy, like Lt. Gen. Michael Flynn, a 33-year combat veteran. That's how we repay him?

"The special counsel's investigation did not find that the Trump campaign, or anyone associated with, it conspired or coordinated with Russia in its efforts to influence the 2016 U.S. presidential election." And let me be clear, a direct quote from the Mueller report, the investigation did not establish that members of the Trump campaign conspired, coordinated with the Russian government in its election interference activities. And that's not all. President Trump has also been cleared of the issue of obstruction of justice. Mueller did not draw a conclusion "one way or another as to whether the examined conduct constituted obstruction"

The special counsel did not conclude that the president committed a crime, it didn't exonerate him - that is what the media is clinging onto. But read a little further. After reviewing the matter, the attorney general in consultation with the deputy attorney general who started this whole thing, Deputy Attorney General Rod Rosenstein, concluded, the key phrase that the media misses, the evidence developed during the special counsel's investigation is not sufficient to establish that the president committed an obstruction of justice offense -- and this is important.

According to the attorney general "our determination was made without regard to and is not based on the constitutional considerations that surround the indictment and criminal prosecution of a sitting president." And he concluded, "generally speaking, to obtain and sustain an obstruction conviction, the government would need to prove beyond a reasonable doubt that a person acting with corrupt intent engaged in obstructive conduct with a sufficient nexus to a pending or contemplated proceeding."

Anyone in the media who refuses to admit this truth is continuing the lying they've been involved in for two years. You can't obstruct an investigation into a crime you didn't commit. There was no collusion -- there cannot be any obstruction. No charges will be filed. The Mueller media witch hunt is finally over.

The big question for this country shouldn't be about conservative, liberal, Democrat, Republican. It should be this: Where do we as a country go from here? How do we prevent this unprecedented attack on a duly-elected president and an effort to then overturn the will of the American people from ever happening again?

People with the highest levels of power abused that power to exonerate one candidate that we know should have been indicted, and to rig a presidential election, and then undo the results that they didn't like. You --we, the American people -- were lied to over and over and over again.

My promise to this country from this night forward is we on "Hannity" will hold every liar, every propagandist, every conspiracy theorist accountable. This will likely take us months and maybe longer to unravel the truth. We've got all the tape. We've got all the comments. It will take time.

The big question for this country shouldn't be about conservative, liberal, Democrat, Republican. It should be this: Where do we as a country go from here? How do we prevent this unprecedented attack on a duly-elected president and an effort to then overturn the will of the American people from ever happening again?

We will name names, we will demand new investigations. We will get this right. We will demand that we get this right, and we will show you who can never be trusted again. We start with this corrupt media mob in the Democratic Party. We now know they work in unison. They are one entity.

And for the past two years, there have been two parallel narratives in this country. One, of course, was the truth, which we have been proving night after night, with reporting on night after night. And then there was the media's pack of lies about a grand scheme where Donald Trump and his team worked closely with Russia to steal the election. Literally breathless reporting, hysteria pushed week after week, every second of every hour of every day.

We're talking about thousands upon thousands of reports in the opinion and so-called hard news pages alike. That means the Washington Post and The New York Times. Believe it or not, they actually won Pulitzer prizes for their lying coverage of the Russia collusion hoax. That is a disgusting disgrace and a dishonor to every person that deserved a real Pulitzer Prize. This horrible conspiratorial coverage was amplified every single day on fake news CNN, conspiracy TV MSNBC.

And at the height of this hysteria, especially fake news CNN and conspiracy TV MSNBC were featuring every second of every day, former Stormy Daniels attorney Michael Avenatti. He appeared more than 108 times in two months because he hated Donald Trump. Avenatti speculated wildly and spread baseless rumors -- and they ate it up about Trump and Russia on a daily, nightly basis. 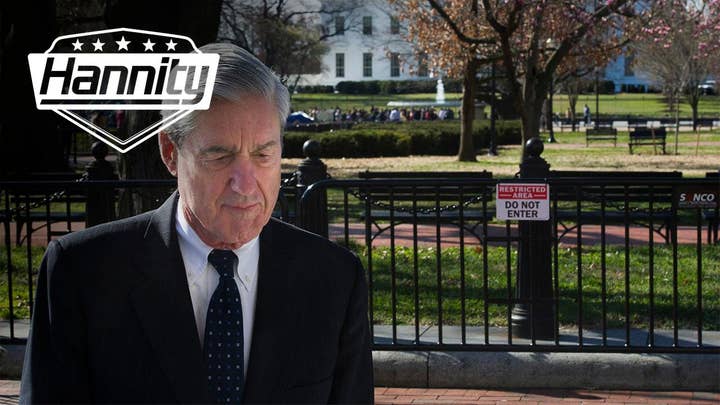 Well, Avenatti was indicted Monday in two federal separate cases surrounding fraud and extortion. Yet for weeks, Avenatti was there star guest on cable TV, on show after show after show, and the media was desperate for the false narrative and lie to be advanced. Brit Hume, with 50 years in journalism, called this Russia collusion coverage the "worst journalistic debacle" of his lifetime. Even far-left former Rolling Stones writer Matt Taibbi wrote, "Nobody wants to hear this, but news that special prosecutor Mueller is headed home without issuing new charges is a death blow for the reputation of the American news media."

What about Jeff Bezos, Marty Baron? Are you going to come clean over the front page deception every day in the "Washington Post"? Will you at least stop referring to far-left collusion obsessed hack Jennifer Rubin and others as conservatives? They're not. Is the New York Times executive editor, Dean Baquet, going to give back the paper's Pulitzer Prize for collusion reporting, given they were caught now reporting a hoax?

In reality, we know there will never be a mea culpa from any of these fake news outlets. They'll just move on to the next group of lies. They'll never apologize. They'll never retract, their lies, their anonymous sourcing. Their endless speculation. They are hopeless.

Journalism, I told you in 2007, it's dead, it's buried. And it's not something that I said lightly.

Adapted from Sean Hannity's monologue from "Hannity" on March 25, 2019.