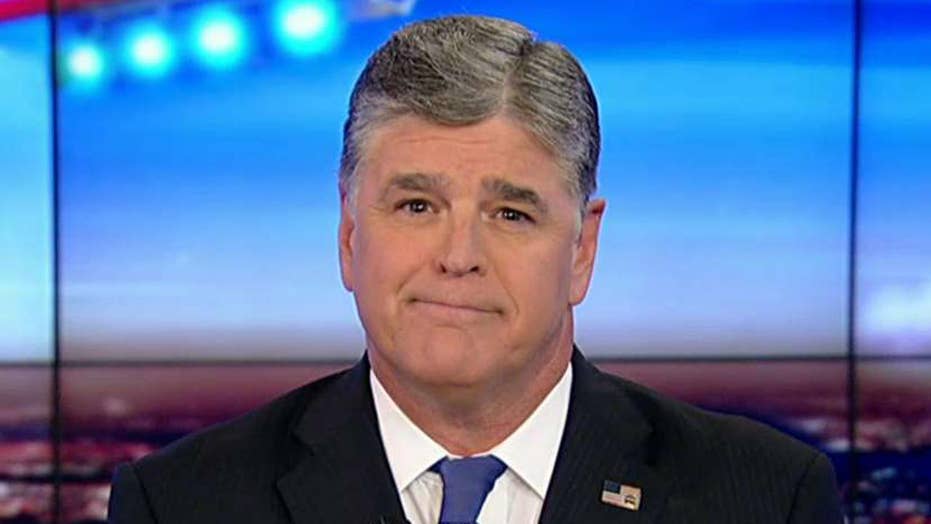 Hannity to the media: You have zero credibility left

Why did news organizations ignore the Ukrainian collusion story?

Democrats and their handmaidens in the mainstream media are in hysterics over the meeting Donald Trump Jr. had with a shady Russian lawyer, but they have completely ignored a real example of actual election interference.

The operative, who according to Politico used to work at the Clinton White House, spearheaded the entire effort, meeting with Ukrainian officials at the Ukrainian embassy in Washington to discuss ways to go after former Trump campaign chairman Paul Manafort.

"She occasionally shared her findings with officials from the DNC and Clinton's campaign,” the bombshell story stated.

To top it off, the operative claimed she gave guidance and off-the-record information to, “a lot of journalists who were writing about Manafort and Donald Trump's potential ties to Russia."

What's worse, Trump Jr.’s meeting which he says yielded no useful information, or Team Clinton working with the Ukrainian government? And better yet, why didn't news organizations extensively report on Ukrainian collusion?  Politico did all the heavy lifting. All the other outlets had to do was follow up. They did not.

Was it because many of the so-called top news organizations in this country were exposed before the election as having colluded with the Clinton campaign? And meddling in foreign elections is such a big deal, why didn't the mainstream media report that a Congressional investigation found that in 2014 the Obama State Department funded an effort to defeat our ally, Israeli Prime Minister Benjamin Netanyahu?

Do members of this corrupt media even know about these stories? And since the press is so interested in prosecuting people and accusing them of crimes, what about real crimes the media so often ignores?

But what about a real Russian collusion conspiracy? That's the Uranium One deal.  As secretary of state, Hillary Clinton signed off on giving up to 20 percent of America's uranium to Vladimir Putin and the Russians. And all those people in the deal? Well, they kicked back over $100 million to the Clinton Foundation. At the same time, Bill Clinton doubled his speaking fees in Moscow.

Clear crimes such as these, as well as constant illegal leaks by the Deep State that endanger our security, unmasking for political reasons of people such as Lt. Gen. Michael Flynn and Comey’s own leaks of classified material, don’t seem to get more than a yawn from the mainstream media.

The press has zero credibility left. They have been caught time and time again spreading fake news stories and carrying out personal attacks against the president, against his family and anybody that dares to be associated with the president.

We have an information crisis, and it is caused by overpaid, lazy, rigid left-wing ideologues who masquerade as journalists.