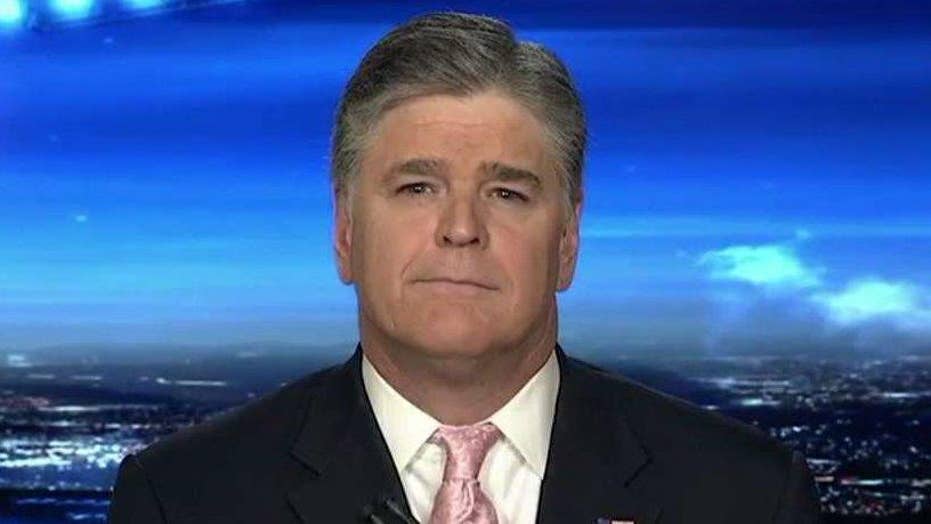 Hannity: It's time for the GOP to work at the speed of Trump

President Trump is doing everything he can to keep his promises, so why can't Congress?

President Trump is shaking up Washington with a shock and awe campaign that has caught the establishment flat-footed – including the Republicans who are supposed to be helping him with the heavy lifting.

Consider what Trump has gotten done in a little over three weeks, with little or no help from GOP lawmakers. It’s a lengthy list, and it is growing every day:

In other words, President Trump gets it. He wants to move quickly to keep his campaign promised. He wants to get things done. The question is, where are the Republicans in Congress to help him?

I have lived my entire life with a sense of urgency, and the people who work with me in TV and radio share this ethic. We don’t go out to long lunches to discuss plans over fancy entrees and Merlot. We usually eat lunch at our desks.

But it seems like the Republicans, who should be helping Trump advance the agenda America voted for, are always out to lunch.

Now, they're saying that a bill to deal with ObamaCare may not be ready until the end of the year and that the promise Republicans have made for nearly eight years to “repeal and replace” it might be more like “repeal and repair."

These are the same Republicans who repeatedly said that if the voters could only give them the White House, Senate and House, they would abolish ObamaCare once and for all. Now that these spineless, gutless and timid career politicians have all three, what’s their excuse?

President Trump's health care agenda is clear. He wants more competition, portability, erasing state lines and health care savings accounts. We've all heard it throughout the campaign and even since his election victory. Congress has had years to come up with an ObamaCare replacement that meets these goals, yet Republicans don't have a consensus plan in place. It’s pathetic.

It’s not just ObamaCare. President Trump has a bold tax plan, too, and Republicans are also dragging their feet on that. They're saying they can't start on the bill until spring, but Trump is ready to act now.

“Lowering the overall tax code on American businesses big league, that's coming along very well,” he said this week. “ We're way ahead of schedule, I believe, and we're going to be announcing something, I would say, over the next two or three weeks that will be phenomenal in terms of tax.”

President Trump is ready to move quickly and pass his agenda, but Republicans in the House and Senate won’t get on board. As with health care, Trump’s tax plan is simple -- lower income taxes for middle-class Americans, go from seven brackets to three brackets, reduce the corporate tax rate to 15 percent and incentivize multinational corporations to repatriate trillions of dollars sitting overseas so they can build factories and manufacturing centers here in America.

Delaying the tax cut means the odds of it actually getting passed decrease. Even worse, it means delaying the much-needed economic recovery.

The inept Republicans in Washington need to remember that the election that put President Trump in the White House was all about America’s forgotten men and women, the millions out of work, on food stamps, in poverty and unable to pay the rent or mortgage. Delaying these tax cuts means delaying the ability for tens of millions of Americans to fulfill the promise of the American dream.

It's time to lay a marker in the sand. I'm putting the GOP on notice. No more excuses, no more explanations. Go to work, roll up your sleeves and do your job.

We have a president now moving at the speed of light. Republicans in Congress need to keep up or go back to wherever they came from.