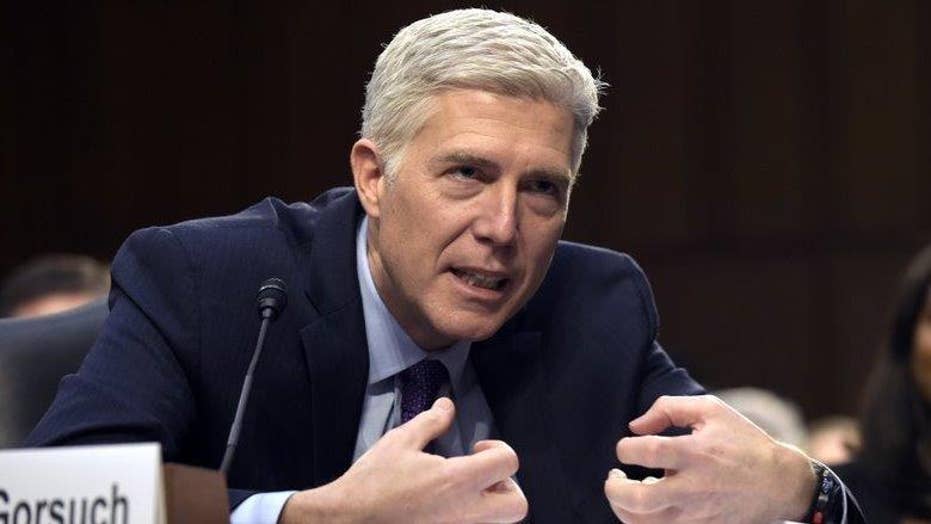 Back in 2013, when Democrats had control of the Senate and President Obama was in the White House, Senate Majority Leader Harry Reid changed long-standing Senate precedents and eliminated the 60-vote threshold that is needed for the confirmation of Obama cabinet nominees.

For the next three years, many Senate Democrats argued that this precedent of an up or down vote should be applied to all appointments, including Obama's Supreme Court nomination of Merrick Garland.

“We'd much prefer the risk of up or down votes and majority rule than the risk of continued total obstruction,” Sen. Chuck Schumer, D-N.Y., said on Nov. 21, 2013. “That's the bottom line, no matter who's in power.

And Sen. Elizabeth Warren, back when she was still claiming to be a Native American, said this a week earlier.

Corey Booker, the New Jersey senator who once claimed he drove to Hawaii and hung out with a fictitious Newark character named “T-bone,” also said filibusters were unfair.

“We should be giving this person a hearing and an up or down vote,” he said just over a year ago. “To not do so is violative of the United States Constitution.

Now the tables are turned. Republicans are in control of the Senate and the White House, and while a confirmation of Judge Neil Gorsuch hangs in the balance, the hypocrisy of Senate Democrats is on full display.

Schumer, not the Senate Minority Leader, has had a change of heart. The Democrats intend to filibuster Gorsuch, meaning he’ll need 60votes or a change of Senate rules to get through.

This obstruction comes on the heels of an impressive performance by Judge Gorsuch during the confirmation hearings. Democrats tried and failed to smear President Trump's Supreme Court pick, and they didn't land a punch.

Now Senate Democrats including Warren are vowing to use the last arrow in their obstruction quiver - the filibuster she once denounced. If they go through with it, Senate Republicans will have no choice but to invoke the nuclear option by extending Harry Reid's 50-vote threshold Supreme Court nominees.

After all, as one noteworthy politician once said: Elections have consequences.