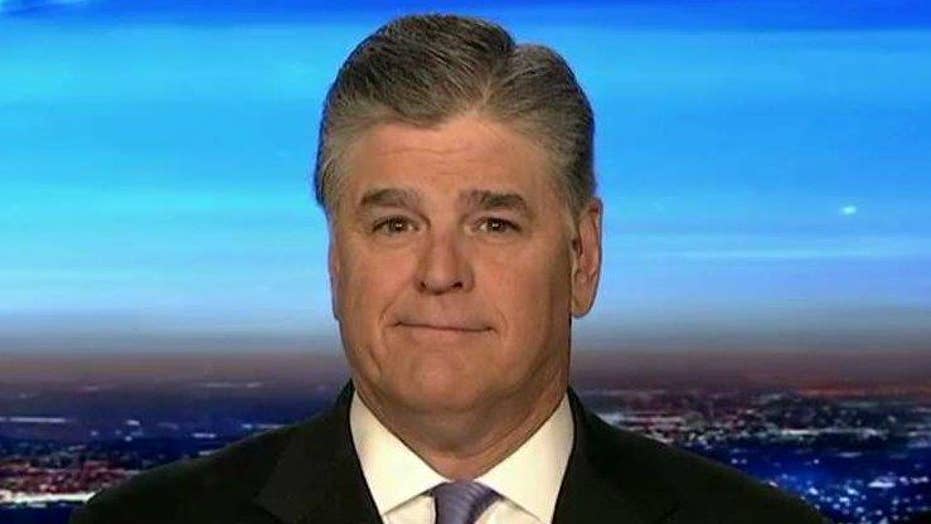 Hannity: The health care fight is going to get ugly

After passing the American Health Care Act on Thursday, House Republicans joined President Trump in the Rose Garden to celebrate. Finally, the party that controls the House, Senate and White House is celebrating!

“Make no mistake, this is a repeal and a replace of ObamaCare,” Trump said. “But very importantly, it's a great plan, and ultimately, that's what it's all about.”

This is a good start and a major step forward in the effort to rid the American people of the disaster known as ObamaCare. It's not perfect, but getting to this point was not easy. There are dozens of self-proclaimed moderate Republicans who really didn't want to repeal and replace ObamaCare. Never mind that many of them campaigned on this promise for seven years. That's the reality that House conservatives and the president faced.

There are still many hurdles facing the new bill in the Senate. The GOP has a much slimmer majority, and Senate Minority Leader Chuck Schumer is already talking about pulling out the parliamentary stops to kill the bill. And the radical alt-left, destroy-Trump media will do everything they can to stop this bill, too.

Republicans must prove they are ready to lead and fix America's broken health care system because ObamaCare is in a death spiral. Let Democrats go deep into the gutter and deploy every insane, irrational scare tactic to misrepresent what is actually in the bill.

“This will cost American lives if it ever becomes law,” Sen, Cory Booker, D-N.J., told MSNBC. “This will -- this will mean death, pain and suffering to people's families.”

“Tens of millions of Americans who are living with pre-existing conditions will be screwed,” claimed Rep. Hakeem Jeffries, D-N.Y.

They will never answer for their party’s actions. It was they who foisted the disastrous plan on America by lying about it. Remember, “If you like your doctor, you can keep your doctor?” It was going to lower the deficit. An average family’s costs were going to drop $2,500. Remember the obscene cost of the failed rollout? And now, it is imploding as insurers pull out of entire states.

President Obama and the Democrats promised a free market system. They lied to us.

Now President Trump and his fellow Republicans are stepping in to fix the mess. And Democrats are playing politics. That’s business as usual in Washington.