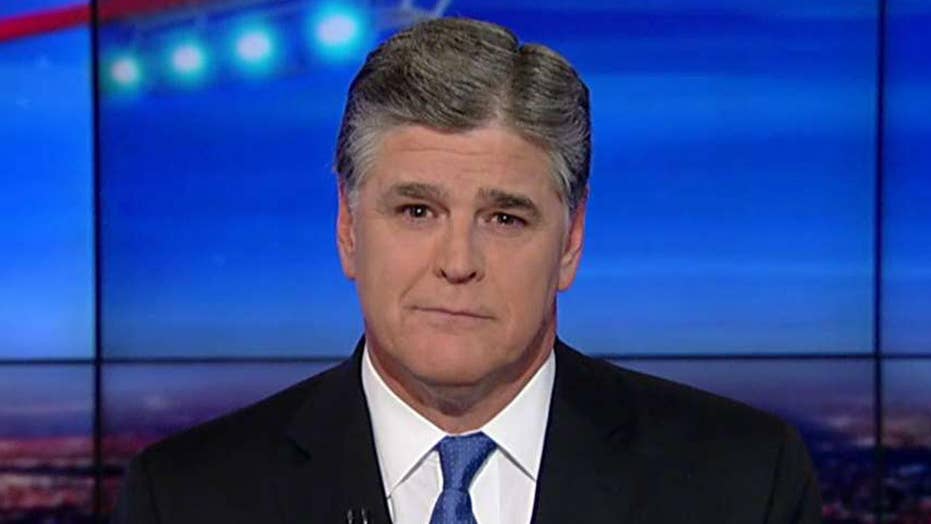 President Trump set off a firestorm over the weekend when he tweeted an accusation that his predecessor had wiretapped him and the Democrats and their cronies in the alt-left media predictably melted down.

For weeks, I've been reporting on former President Obama's shadow government and the career bureaucrats who are actively working against President Trump from inside the government.  They include people in the intelligence community who are leaking information to try and damage and destroy President Trump and his inner circle. One by one, each of Trump’s key advisers have been smeared, slandered and besmirched. Even Trump’s wife and children have been targeted.

The alt-left propaganda media is colluding with these leakers and deep state bureaucrats with the sole purpose of stopping President Trump's agenda, to try and delegitimize the president with the hopes of eventually removing him from power.

This is no paranoid conspiracy theory. There's a disturbing pattern going on here.

Consider the case of former Trump national security adviser, retired Lt. Gen. Michael Flynn. Remember news reports that a December call Flynn made to the Russian ambassador was captured by what The New York Times described as a "routine wiretap?" We were led to believe it was the ambassador who was being spied upon.

It's not out of the ordinary for our government to monitor foreign officials. But protections known as “minimization procedures” have been put in place to protect Americans that are not under warrant from being caught up in surveillance operations. Their constitutional rights are supposed to be protected.

This was not the case with Flynn, because we know a transcript of his call was created and given to intelligence officials, who then leaked this information to the press. That’s a felony.

In February, when all this was going down, House Intelligence Committee Chairman Devin Nunes, R-Calif., he called it "unprecedented." Nunes said Flynn could not have been the target of spying unless the relevant intelligence agency had a subpoena.

“What I'm assuming is, is that this was picked up as they were tracking someone else,” Nunes said. “And if that's the case, that would have had to go up to the highest levels of the Obama administration to get approval to unmask who [the non-targeted party was], and in this case, it was General Flynn.”

Fox News has not been able to confirm this, but the day before the election, on Nov. 7, the website HeatStreet published a report with the following headline: "Exclusive: FBI granted FISA warrant covering Trump camp's ties to Russia."

HeatStreet reported that in the previous month, the Obama administration went to the FISA court, which grants warrants for surveillance of potential spies or terrorists, and sought to monitor "U.S. persons in Donald Trump's campaign with ties to Russia." This was part of a larger probe into Russian banks, according to Heat Street. Other outlets, including the BBC and Guardian, also reported that a FISA court warrant was granted.

If true, it was no isolated incident. There are countless reports of various federal agencies under President Obama looking into activities of or intercepting communications with people associated with the Trump campaign.

For example, the news service McClatchy posted a story in January headlined: "FBI, five other agencies probe possible covert Kremlin aid to Trump." On the day President Trump was inaugurated, the front page of The New York Times ran an article with this headline: "Wiretap data used in inquiry of Trump aides."

The Times story even explained that, "in its final days, the Obama administration expanded the power of the National Security Agency to share globally intercepted personal communications with the government's 16 other intelligence agencies before applying privacy protections."

Why would President Obama wait seven years and 11 months to issue that order? Because he wanted as much information – true or not - to be available to his appointed deep state shadow government officials so they could leak it to the press with maximum cover.

So if the surveillance was ordered, steps were also taken to help ensure that whatever was revealed would get to the alt-left propaganda media. But the Obama administration had nothing to do with the surveillance, right? Here’s what Obama’s spokesman said:

That very lawyerly statement doesnot say that President Obama did not know about the surveillance, just that he didn't directly order it. Even President Obama's former speech writer noted this on Twitter this past weekend.

So the old familiar question is, what did the president know and when did he know it? Did the president have any answers about surveillance of an opposition candidate in the middle of an election?

Former Attorney General Michael Mukasey who knows a thing or two about this entire process, and here's what he said:

“This is the difference between being correct and being right,” Mukasey told ABC News’ Martha Raddatz, who cried on election night when Hillary Clinton lost. “I think the president was not correct, certainly, in saying that President Obama ordered a tap on a server in Trump Tower. However, I think he's right in that there was surveillance and that it was conducted at the behest of the attorney -- of the Justice Department through the FISA court.”

I believe what happened to Flynn and what we are now seeing with all these other intelligence leaks represents the tip of the iceberg. This accusation that President Trump made is serious. We need to get to the bottom of it. We need to know where the information came from and who leaked it. And we need to know what role, if any, former President Obama played in this sordid affair.