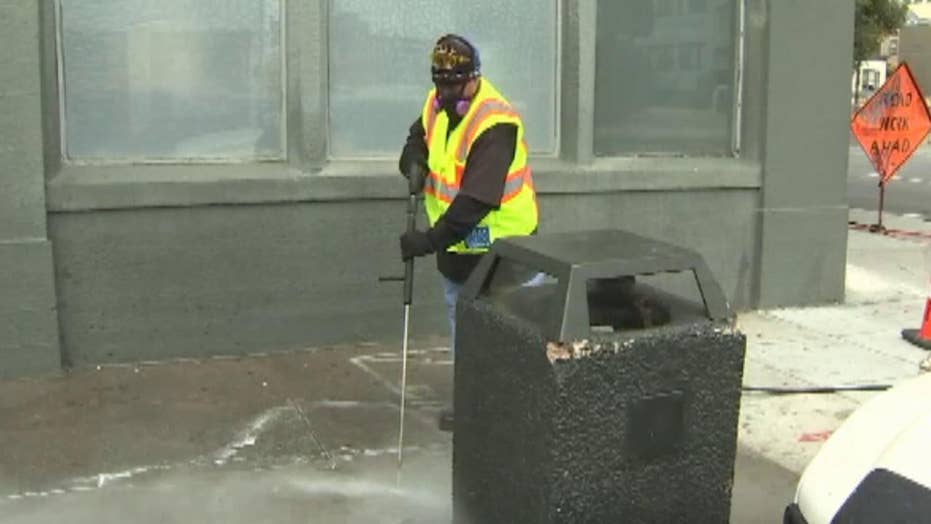 The San Francisco department of public works is creating a dedicated team to keep the streets clean of human waste.

The city of San Francisco just can’t seem to do anything right.

The city’s liberal policies designed to welcome the homeless and encourage illegal drug use is turning the city from a high-tech haven of beauty and cleanliness, to what UC Berkeley professor Lee Riley described as unsanitary conditions “much greater than communities in Brazil or Kenya or India.”

Congratulations lefties, the former crown jewel of the West Coast is now being compared to some of the dirtiest slums in the world.

Since the beginning of 2018, the city has received over 14,000 calls to the 311 service about feces on the sidewalks and in the streets. It has gotten so bad the city has lost conventions because of the filth.

It appears the city is tired of being the butt of national jokes and has decided to fight back. Local officials have announced yet another program to fix the problems the other programs caused in the first place. The “poop patrol” is expected to cost about $750,000 and employs six people with two trucks. No word if the trucks are hybrid.

"What we are trying to do is be proactive,” said Director of Public Works Mohammed Nuru. ”So we'll have a crew that will roam around looking for locations. We actually have data for neighborhoods where we get frequent calls."

Nuru added that “what happens is we’re going to take one of those crews out and try to get ahead of those calls and look for these locations so that hopefully we can get less numbers of calls coming in.”

Two things are disturbing about the city’s latest move. Judging from Nuru’s comments, it appears the city is more worried about having to answer phone calls, which is their job, than the actual danger posed by the feces.

The second problem is the health danger the fecal matter poses. Pictures of workers cleaning up the problem seem to have one thing in common; they are wearing protective gear. This begs the question, where is the protective gear for the thousands of citizens walking on the streets every day?

It may seem like a joke, and making fun of San Francisco is all the rage, but there is a real health threat to the people of the city. Ask anyone that was deployed to Afghanistan or Iraq.

As a former contractor with the State Department in Kabul, Afghanistan, I can attest to the danger dried airborne fecal matter poses. The “Kabul Crud” hits just about every westerner that goes to the country usually within two weeks of arrival. The air in Kabul is not only filthy with dust, but it is also contaminated with dried fecal matter. This is what happens when you have an open sewer system, as San Francisco now appears to have.

Dr. Lee Riley has warned about the dangers the conditions in San Francisco are posing to the residents warning about rotavirus stating, “If you happen to inhale that, it can also go into your intestine.” The virus can be fatal.

San Francisco officials need to quit coming up with programs to fix its previously flawed programs. The city needs to get to the root of the problem, and that is its policies that encourage illegal drug use, which in turn attracts homelessness and its horrendous building regulations that cause homelessness.

Printus LeBlanc is a contributing editor at Americans for Limited Government.